The woman in the footage, apparently from the Guangzhou district, is about to walk into a residential building before she is suddenly knocked on her back. 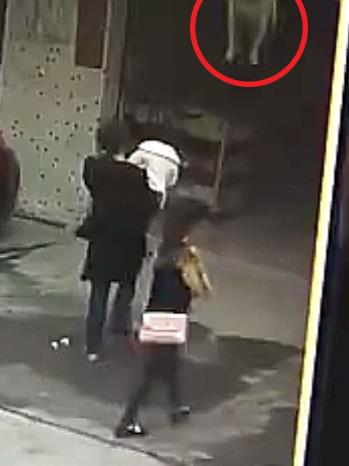 It happens so quickly on the grainy CCTV footage that you may miss what happened the first time around.

On second watching, you can see the blurry object striking the woman on the head is a cream-coloured pooch.

She collapses instantly and, worryingly, does not seem to be moving as the dog scampers out of shot.

It is unclear why the dog fell by local reports suggest it could have fallen out of a window – or off a balcony – in one of the rooms above. 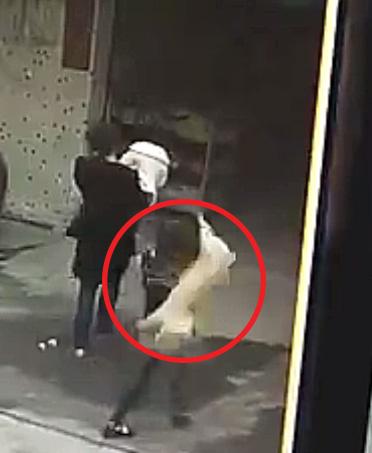 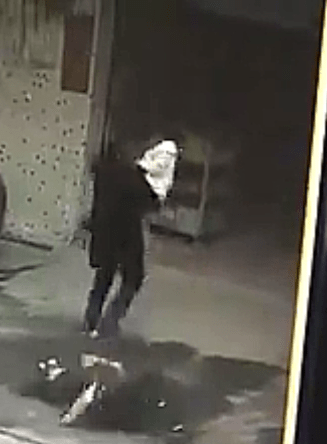 The woman was taken to a local hospital to be treated for concussion and serious neck injuries, according to MailOnline.

Footage of the freak accident was uploaded onto Pear Video where it has been "liked" more than 1,000 times.

The website claims police are still trying to figure out what happened.