A driver who attempted to show off in his rented Mercedes was left red in the face after he rolled the car over while attempting to drift.

In the clip, filmed in Nantes, France, the Mercedes GLE63 AMG can be seen slowly making its way along the roundabout as another driver honks his horn continuously.

As it makes its way around the bend, a tyre screech is heard and the vehicle tips on to two wheels. 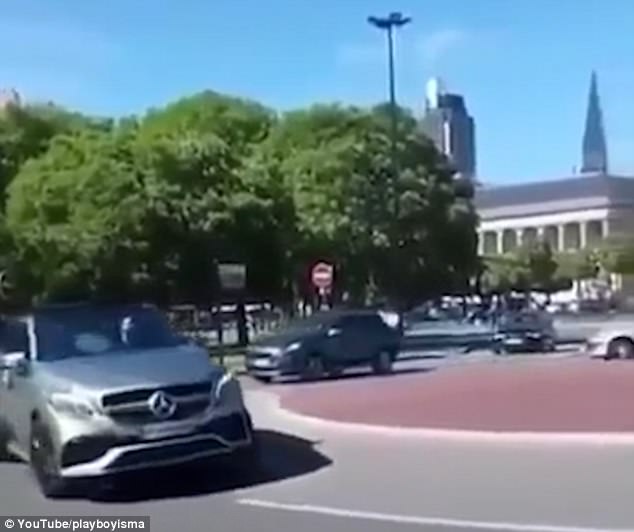 In the clip, the Mercedes SUV can be see going along the roundabout very slowly as a car horn is heard in the background 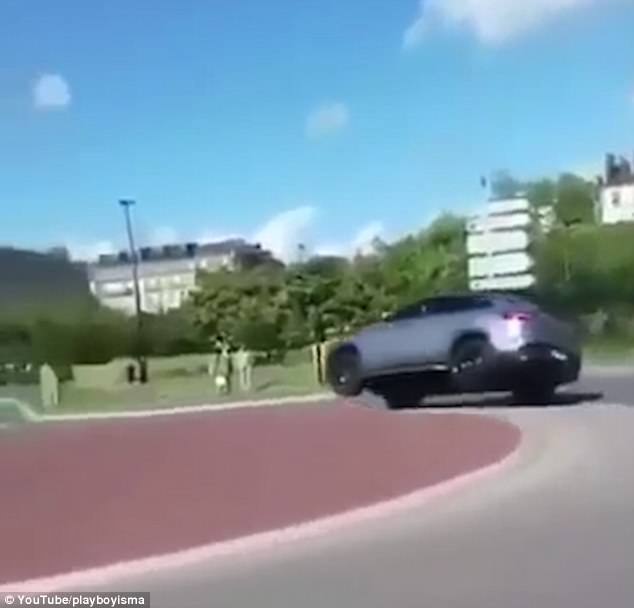 Suddenly, the car tips fully over and rolls on to its roof in the middle of the roundabout.

The video was originally posted on Reddit, where one commenter claimed the man had rented the car for a wedding.

The commenter added that the driver was certain to have lost his €2,000 (£1,750) deposit after the incident.

One viewer said: ‘I like how the person filming this just f***s off as soon as the SUV flips over.’

Another mocked the driver for choosing an SUV, saying: ‘”I like SUVs because they make me feel safer”.’ 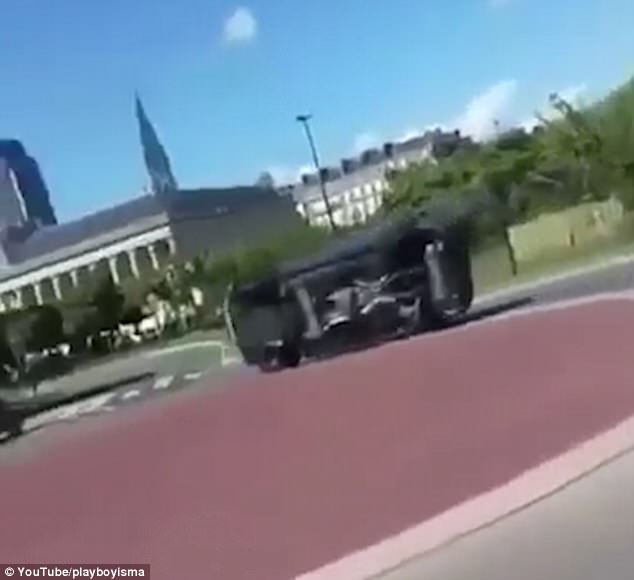 Suddenly, the car tips fully over and rolls on to its roof in the middle of the roundabout in Nantes, Fance 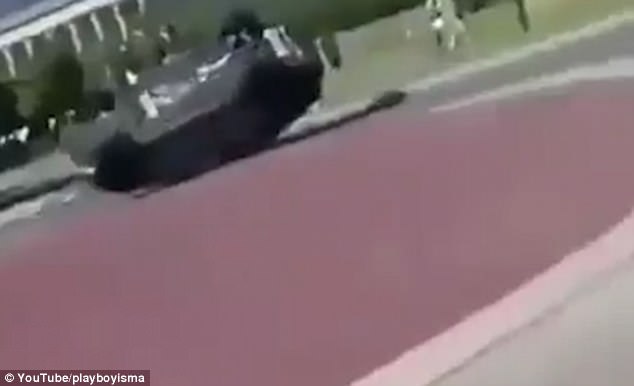 According to one Reddit user, the driver of the car had rented the car for a wedding