The horrific abuse is said to have taken place during ‘private family parties’ where the children had been regularly ‘used as sex toys’, police said.

According to local media, the children were raped over several years by various adults in their entourage, including family members.

After a lengthy investigation the ten suspects aged between 30 and 64 were arrested arrested this week. They were picked up near Bourgoin-Jallieu and in Chambery in the Isere department of the eastern French Auvergne-Rhone-Alpes.

The alleged crimes took place between 2016 and December 2018. The three siblings are two girls aged four and seven and their 10-year-old half brother.

The mother, stepfather, uncle and grandmother of the young victims have been remanded in custody, according to the Grenoble public prosecutor Eric Vaillant. 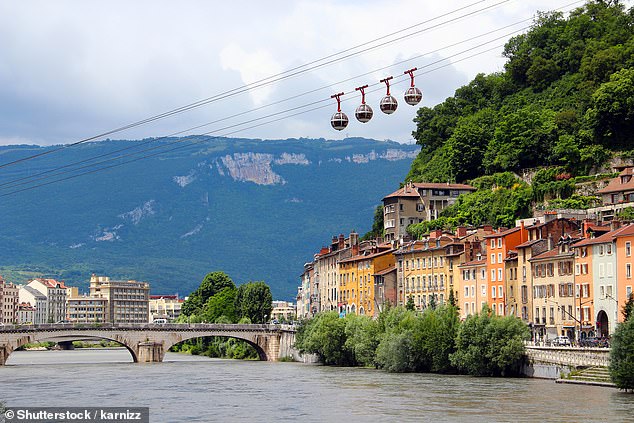 Isere river and cable car in the centre of Grenoble, France. The 10 suspects were arrested in the Isere department of the eastern French Auvergne-Rhone-Alpes

While in police custody, the ten detainees reportedly rejected the accusations before later admitting to them.

Four women and one man have been indicted, two were imprisoned, and the other three have been placed under judicial supervision.

The victims’ mother and stepfather were placed in pre-trial detention on Thursday afternoon.

Three other suspects, whose identities have not been revealed by the prosecution, were indicted on Wednesday ‘for similar acts’ and have been placed under judicial control.

The prosecutor told local media: ‘Not everyone agreed to answer questions during the interrogation, so they will be the subject of further hearings and investigations.’

According to the French newspaper Le Dauphine Libere, who first broke the story, 10 adults aged 30 to 64, unnamed in reports, were arrested and placed in police custody on Monday morning.

The prosecutor said that the abuse, which reportedly took place between summer 2016 and the end of 2018, ‘and especially after the children’s mother started a relationship’ with the stepfather, was revealed last September by the 10-year-old half brother. 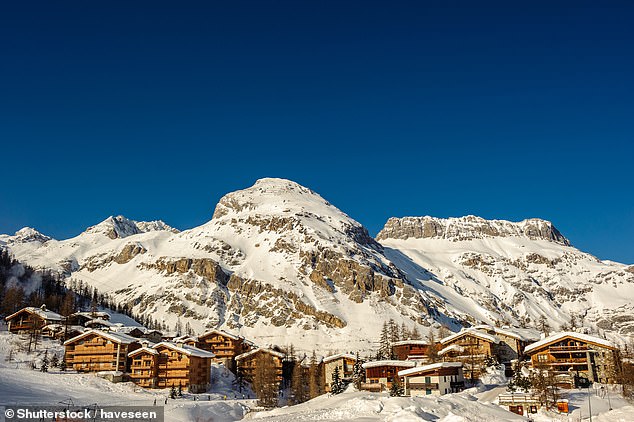 The family were arrested near the towns of Bourgoin-Jallieu and in Chambery, not far from Val-d’Isere in the French Alps

He claimed that his own mother and stepfather had repeatedly raped him for years and that his sisters had been subjected to the same ordeal.

The children were also reportedly made to carry out sex acts on one another and have sex with the family dog.

Vaillant said: ‘As the months passed, the boy and his seven-year-old sister made new revelations to their teachers and other adults, referring to repeated and regular sexual abuse by the people around them including their mother, aunt, uncle, grandmother and family friends’.

The abuse allegedly took place during ‘private family parties’, according to local media.

The three children, who have been placed in foster care since January 2018, are said to be suffering from ‘developmental delays and behavioural problems’, according to the prosecutor.

However, he added that they ‘have evolved positively since being placed in foster care’.