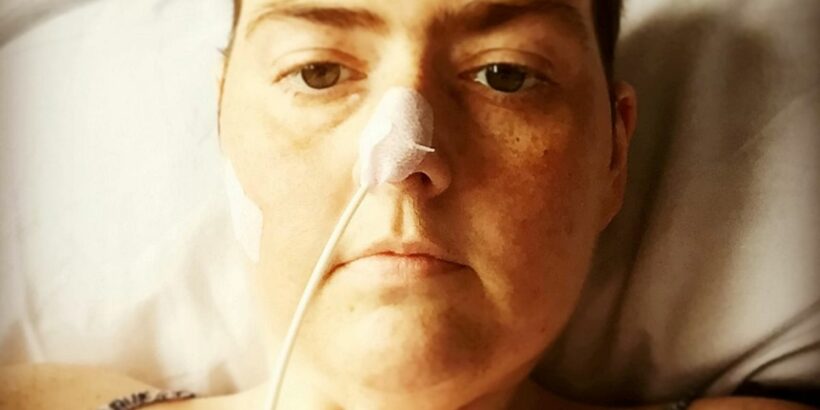 A woman who spent four months in hospital and was left in a coma by weight loss surgery has won a payout from a GP who told her to "go home and take some paracetamol".

Laura Battrum, from King's Heath, weighed 22 stone when she decided to undergo weight loss surgery to increase her chances of starting a family back in January 2017.

She developed a rash — a telltale sign of sepsis — four days after the procedure, and made an appointment for the clinic two days later. Rather than being assessed for the condition, however, she was prescribed steroids used to treat allergies.

The following week, her husband Steve made another emergency booking with her doctor after she became breathless and feverish, and needed to be supported to stand up. Her condition grew worse in the days to follow.

On January 29, Laura was rushed to hospital by an ambulance, and was diagnosed with a perforated bowel after tests. She had emergency surgery in the early hours of January 30 and underwent six further procedures to remove infected tissue from her body.

The ordeal left her with life-changing medical and social impacts. Laura couldn't return to her job as a health and social assessor for another two years after, and she continues to suffer with mobility problems and fatigue to this day.

Lawyers acting on her behalf said the GP, through an insurer, had agreed an undisclosed settlement after denying liability for her illness.

But they argued that during the appointment of January 20, 2017, the GP failed to carry out a number of crucial tests, including taking Laura’s blood pressure.

“However, this hasn’t happened, with Laura spending the last few years trying to come to terms with the physical and psychological impact sepsis has had on her life."

Symptoms of sepsis in adults or older children include confusion and slurred speech, as well as difficulty breathing, breathlessness, or breathing very fast. Other visible tells are blue or blotchy skin, lips or tongue, or a rash which doesn’t fade when you roll glass over it.

Older children or adults may also experience a high temperature, fever or low body temperature. The condition is a medical emergency, and the NHS advises in suspected cases that you call 999 right away, or take the affected person to A&E.