Sign me up after Kim! Putin says he is happy to meet Trump whenever U.S. is ready to hold a summit – as Russian President greets Chinese counterpart during state visit to Beijing

Russian President Vladimir Putin has said he’s happy to meet with President Donald Trump once Washington is ready to hold the summit – after greeting his Chinese counterpart at a summit in China.

Speaking to reporters in Qingdao, China, Putin said that some nations, including Austria, have offered to host his summit with Trump, should they have one.

‘The U.S. president has repeatedly said that it’s reasonable to hold such a meeting,’ Putin said on the sidelines of a summit of the Shanghai Cooperation Organisation. 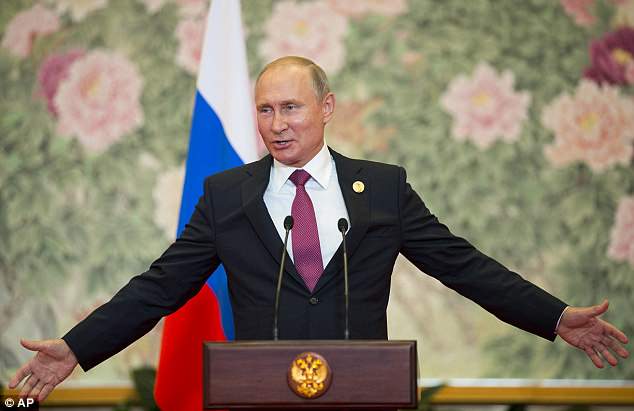 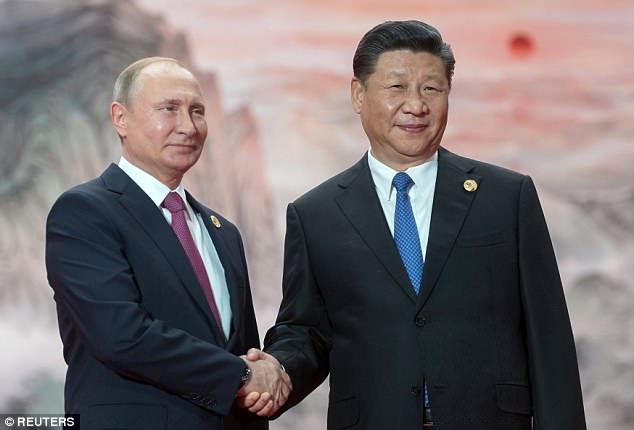 ‘As soon as the U.S. side is ready, the meeting will take place, depending, of course, on my working schedule.’

Putin said he shares Trump’s expression of concern about a renewed arms race expressed in a March phone call.

‘I can confirm that President Trump voiced concern about a new round of arms race in our latest call,’ Putin said.

‘I fully agree with him,’ he said, adding that personal meetings and work by experts are needed to tackle the issue.

Putin’s remarks follow a report that White House officials were working toward setting up a meeting. 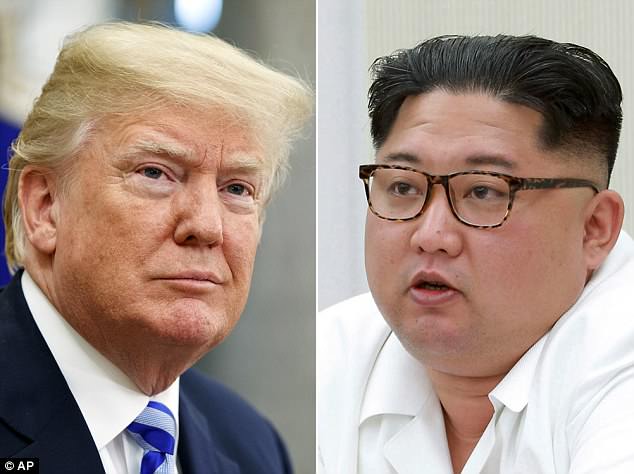 Putin said some nations, including Austria, have offered to host his summit with Trump (pictured, left, and right, North Korean leader Kim Jong-un)

Trump has said he was open to having a summit with Putin, who US intelligence officials have said directed Russian meddling in the 2016 election to help Trump win.

The US president has repeatedly said he wants to improve relationships with Moscow.

Putin also welcomed Trump’s statement that Russia should be invited to rejoin the group that was called the G8 before others expelled Russia.

‘It wasn’t us who left,’ he said. ‘Colleagues refused to come to Russia on well-known grounds.’

He added: ‘We will be ready to greet them all in Moscow.’ 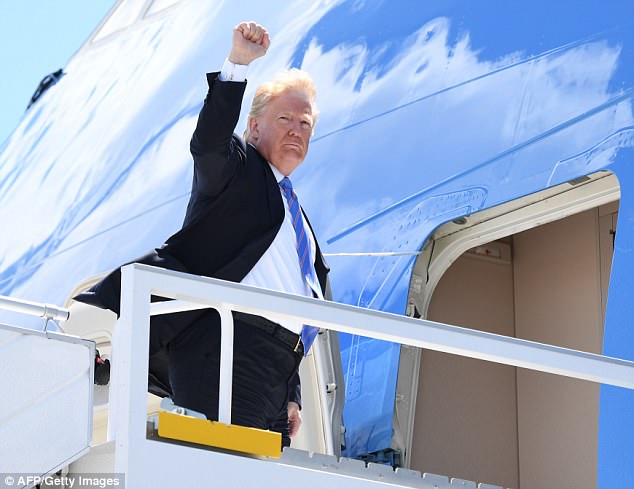 Russia was expelled from the grouping in 2014 after it invaded and annexed Crimea and for its support for pro-Russia separatists in Ukraine. Trump, however, suggested that the G7 offer a seat at the table to Russia.

‘I think it would be an asset to have Russia back in,’ he said.

Canadian Prime Minister Justin Trudeau said he told Trump that readmitting Russia ‘is not something that we are even remotely looking at at this time.’

The statement had said: ‘We urge Russia to cease its destabilising behavior to undermine democratic systems and its support of the Syrian regime.’

It also said the countries shared and agreed with Britain’s assessment that it is ‘highly likely’ that Russia was responsible for the poisoning of ex-Russian spy Sergei Skripal and his daughter in Britain.

‘Once again, nothing concrete was said,’ Putin said, referring to the G7 statement.

‘It’s time to stop that chatter and deal with real issues.’

Earlier on Sunday, Putin criticised the US withdrawal from the Iranian nuclear deal in a speech at the summit.

He emphasised that the bloc’s members, who also include China, four ex-Soviet Central Asian nations, as well as India and Pakistan, are worried about the US move.

Putin said that Washington’s decision to exit the agreement could ‘destabilise the situation’ in the region. He added that Moscow will continue to honor its obligations under the Iranian nuclear deal.

Last month, Trump pulled out of former U.S. President Barack Obama’s landmark 2015 nuclear accord with Iran over the objections of European allies and other nations.

Addressing the summit, Iranian President Hassan Rouhani, whose country has an observer status in the group, said that Iran would expect other participants in the nuclear deal to provide guarantees that they would honor the agreement.

Founded in 2001, the Beijing-based SCO has largely served as a vehicle for resolving border issues, fighting terrorism and – more implicitly – to counter American influence in Central Asia following its invasion of Afghanistan.