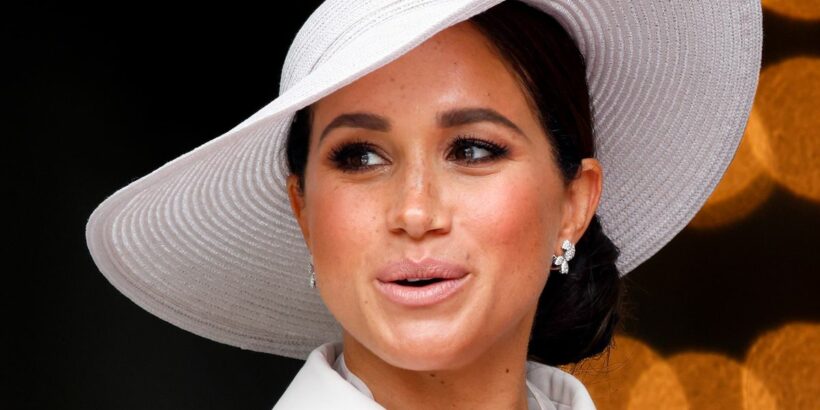 Meghan Markle's voice will no longer be "shaped through the lens of the media" as her Spotify podcast will give a fresh voice to the Duchess, according to Sussexes pal.

Royal author Omid Scobie believes the former actress has "brought an entire movement" with her Archetypes podcast after she was "once silenced by the establishment",

Archetypes is a new series in which the Duchess of Sussex investigates the labels that hold women back.

"Once silenced by the establishment, it’s clear that Meghan finally has her voice back. A voice that will be very familiar to those who followed her before Harry. This time, however, she’s brought an entire movement alongside it," Scobie writes in his Yahoo column, adding that the series "pulls no punches."

Scobie also stated that "The two (Meghan and Harry) are now free to show their battle scars as and when they see fit".

In the first episode of the podcast, tennis legend and close friend Serena Williams talks with Meghan about ambition, how both women juggle motherhood, and her evolution.

Also joining the conversation is Professor Laura Kray from the University of California, Berkeley, who expands on ambition as it relates to gender.

The Spotify description for this episode states: "Meghan talks to the one and only Serena Williams about the double standard women face when they are labelled 'ambitious' and the ripple effect this has on other aspects of their lives.

Next week's episode will feature a conversation with singing superstar Mariah Carey.

Despite criticism from some quarters, Meghan said: "People should expect the real me in this and probably the me they have never gotten to know.

"I’m just excited to be myself and talk and be unfiltered.”

Scobie, a respected royal expert who is close to the Sussexes, added that Buckingham Palace is fearful of what might come out across the 12 shows.

"I’m told Buckingham Palace aides were most definitely not keeping calm, nor carrying on after the show’s premiere on Tuesday, worried about what else might be shared over the next 12 weeks," he said.