X Factor judge Simon Cowell is thought to be thankful he has finally managed to have officially cut ties with beleaguered fashion mogul Sir Philip Green.

The music entrepreneur is thought to have spent £10 million to buy Sir Philip’s 5% shareholding in his company Syco.

Cowell- who hasn’t spoken to Sir Philip in years in the wake of the BHS pensions scandal- is reported to have said he considered any link with the 66-year-old as ‘toxic.’

A source told The Mirror: ‘Simon is relieved it’s all over between the two of them.

‘It’s taken a while to sort out but he is glad he can finally draw a line under the whole business.’ 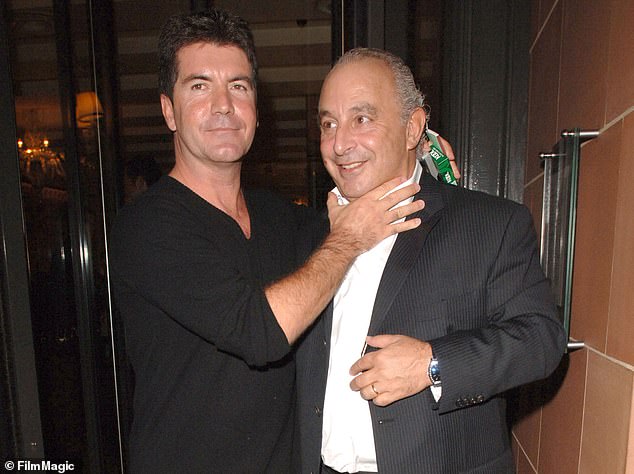 The share buyout is thought to have been brokered by Baroness Karren Brady.

Sir Philip was last month revealed to be the businessman behind a court injunction preventing the press from publishing allegations of sexual assault and racial harassment levelled at him.

It only became public when former Northern Ireland secretary Lord Peter Hain used parliamentary privilege, which protects him from being sued, to name Sir Philip.

Among some of the serious claims put towards him include Sir Philip calling women ‘sweetheart’, ‘darling’ or love’ instead of their names and also calling other female employees overweight. 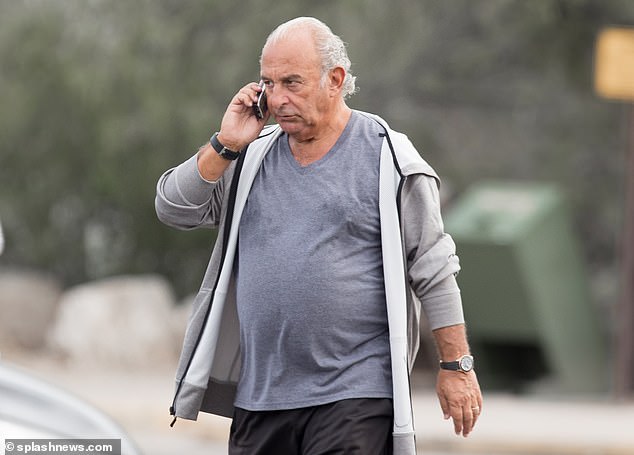 Sir Philip, pictured in a hoody on the phone last month, was revealed to be the businessman behind a court injunction preventing the press from publishing allegations of sexual assault and racial harassment levelled at him

He is also alleged to have crept up behind women in the corridors and touching staff members awkward and to have gone into meeting and asked if there were any ‘naughty girls’ that ‘needed their bottoms slapped’.

Former LA Vegas Topshop manager Auna Irvine also claimed Sir Philip called her fat and slapped her on the bottom when he was her boss. 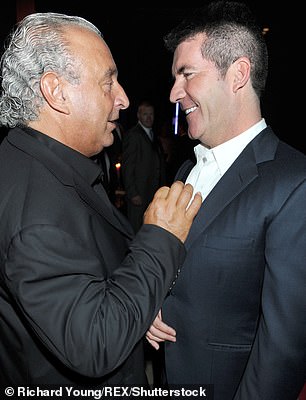 Simon Cowell and Philip Green pictured at an event together in July 2009. They have reportedly not spoken in years

In an interview with the BBC she claimed that he would also call her sexy and discuss her breasts.

When the allegations surfaced, Sir Philip vehemently denied them, telling the Mail on Sunday that he had only ever engaged in ‘banter’ which had ‘never been offensive’.

The Topshop billionaire has five per cent shares in Syco estimated to be worth £12.5million but has previously demanded inflated sums.

Cowell and Sir Philip have not spoken in years in the wake of the BHS pensions scandal.

The 59-year-old X Factor judge has reportedly previously tried to buy Sir Philip’s shares on a number of occasions.

Friends of Cowell said their friendship had fractured before the collapse of British Home Stores.

It left a £571million hole in the company’s pension pot, and that the X Factor boss lost all respect for Sir Philip over his handling of the crisis.