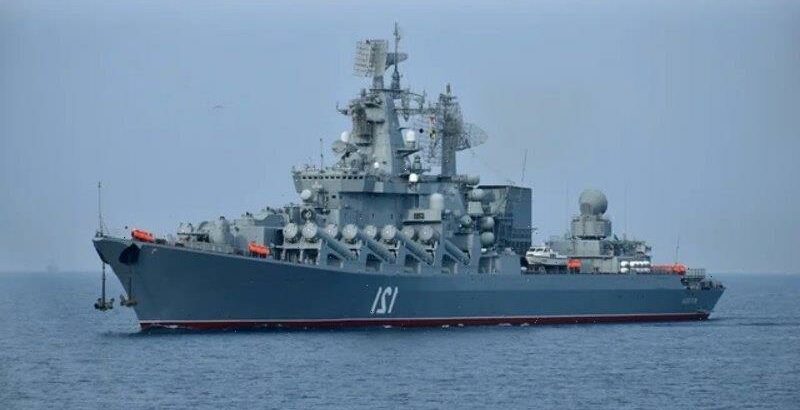 London: The sinking of the Moskva, which is the Russian navy Black Sea fleet’s flagship, has both symbolic and operational significance.

The ship sank on Thursday, Moscow time, while being towed after being badly damaged. Russia claims a fire onboard caused some weapons to fire and damaged the vessel, Ukraine says it hit it with missiles off the port of Odesa on Wednesday.

Beyond its symbolic role as the biggest naval combat loss in 40 years, the Moskva was the sole vessel in the fleet equipped with wide-area air defences. 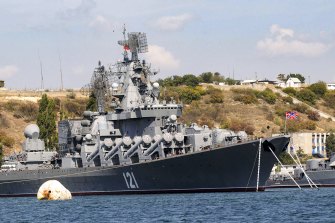 The Russian missile cruiser Moskva, the flagship of Russia’s Black Sea fleet, anchored in the port of Sevastopol, Crimea, in 2008.Credit:AP

These defences have allowed the Moskva, which was built in Ukraine during the Soviet era, to provide air cover to Russian other vessels during their operations, such as coastal bombardments and amphibious landings.

Without the Moskva, the fleet lacks vessels with a comparable air defence suite, and will find it riskier to conduct similar operations.

Though Russia has comparable ships, including two Slava Class Cruisers in the Eastern Mediterranean, it cannot replace the Moskva because Turkey has closed access to the straits that connect the Aegean Sea to the Black Sea to the belligerent warships for the duration of the conflict.

Of equal note is the Neptune anti-ship system with which Ukraine claims to have hit the vessel.

The R-360 anti-ship cruise missile, which is fired by the Neptune, is a derivative of the Soviet KH-35. It is capable of striking targets at reported ranges of up to 290 kilometres and has the capacity to fly at sea-skimming altitudes to evade radar detection.

The Ukraine-made missile is apparently capable of using GPS guidance in tandem with inertial guidance to improve its accuracy and uses an onboard active radar seeker to detect its target in its final stages before impact.

The missile threat to ships is an old one. What is new, however, is the growing number of actors that field them. In addition to Ukraine, both Hezbollah and the Houthis have utilised older Chinese-made anti-ship cruise missiles against expensive ones in their conflicts with Israel and Saudi Arabia.

The expanding suite of tools to track targets at sea, including commercial satellite networks, open-source data and relatively cheap capabilities like drones, mean that striking maritime targets at reach is no longer something only major powers can do. 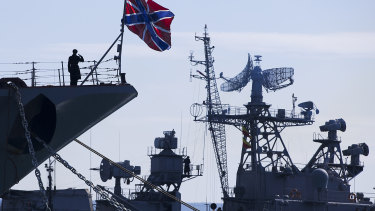 A Russian sailor salutes on the bow of Missile Cruiser Moskva, left, as crew of Russian patrol ship Pitliviy, right, prepare to moor the vessel, in Sevastopol, Crimea, 2014.Credit:AP

Incidents such as the striking of the Moskva and the destruction of the Russian amphibious landing vessel Saratov, a supply ship, by a Ukrainian Tochka ballistic missile while in port on March 24 highlight this.

In some ways, this might be cause for celebration. Similar capabilities can be used by other targets of aggression such as Taiwan, for example.

However, it may be a mistake to assume that only adversaries will be challenged by these developments, which will make theatre entry harder for all major navies, even against sub-peer opponents.

To be sure, the Moskva has certain weaknesses that a Western ship might not. It lacked some of the electronic countermeasures such as the Nulka decoy, an Australian-designed rocket that lures on-coming missiles away, which vessels like the USS Mason used to defeat cruise missile attacks.

Moskva’s command and control systems may not meet Western standards and its crew may have proven lacking in alertness and discipline.

However, as the sinking of British ship HMS Sheffiel during the Falkland Islands war in 1982 should remind us, even well-trained crews can struggle to counter surprise cruise missile strikes which leave them with low warning times. 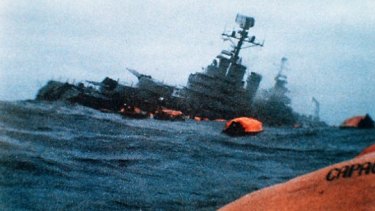 The Argentinian ship the General Belgrano sinking after being attacked by a British submarine during the Falkland Islands war in 1982.

That short-lived 1982 conflict was the last significant sea battle the world has seen. In it, a number of ships were sunk, including the Argentinian ship the General Belgrano after it was hit by a British torpedo.

Over long campaigns, most crews will at some point be at risk of coming under attack when they are not alert.

As the ability to strike vessels at sea with cruise missiles and to destroy them in port with ballistic missiles proliferates, the power of navies to expand their reach may become more difficult for all the great powers.