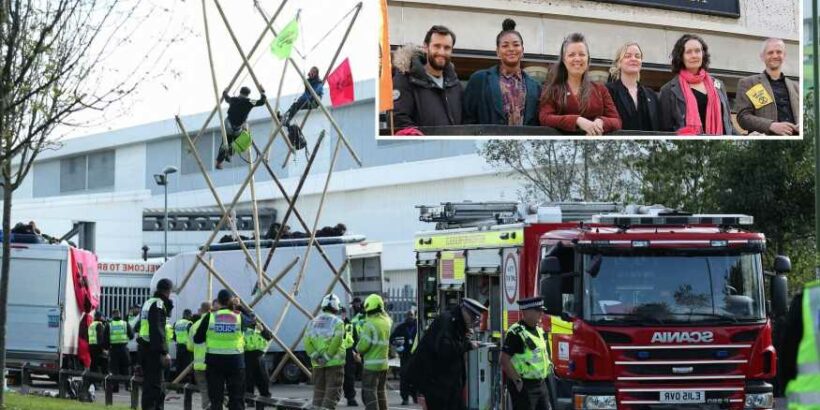 SIX eco-warriors were today found guilty of blockading a newspaper printing press after trying to muzzle the UK media.

The Extinction Rebellion protesters obstructed a Hertfordshire highway and stopped 3.5 million papers – including copies of The Sun – being distributed. 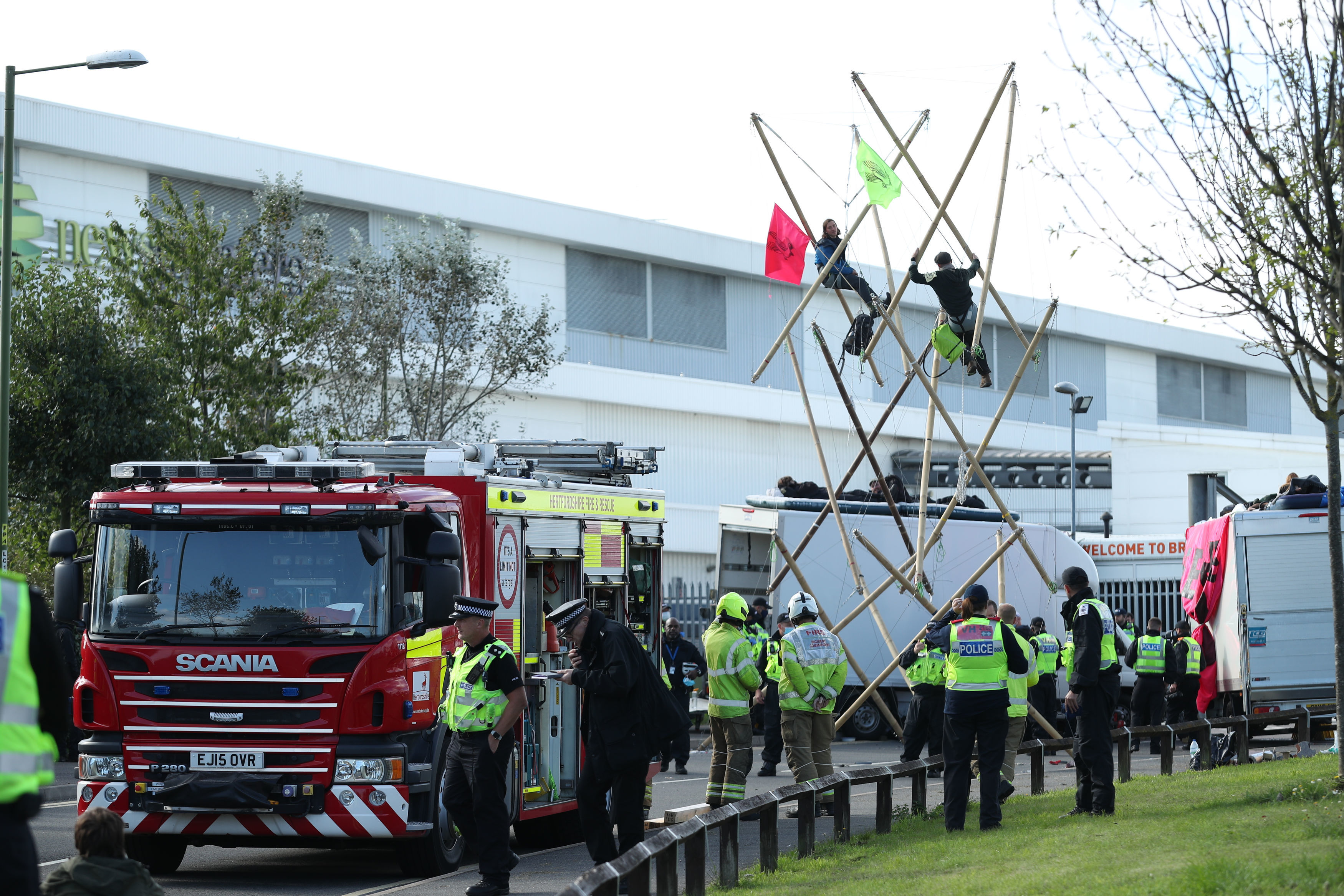 Caspar Hughes, 49, from Exeter, and Hazel Stenson, 57, and Charlotte Kirin, 52, both from Bury St Edmunds, were also found guilty.

They appeared at St Albans Magistrates' Court accused of blocking the highway outside Newsprinters printing works in Broxbourne, Hertfordshire, during the night on September 4, 2020.

They are due to be sentenced later today.

The presses publish Rupert Murdoch-owned News Corp's titles including The Sun and The Times, as well as The Daily Telegraph, The Daily Mail and the London Evening Standard.

Their interference left 3.5million Brits without their daily newspaper.

Judge Sally Fudge convicted the defendants, saying that while the demonstration was "peaceful" it had a significant impact on the ability of businesses to function and caused newspapers to lose an estimated £1million.

The court heard around 50 XR members used vehicles and bamboo structures, used as lock-ons, to deny access to or from the Broxbourne site.

The Crown Prosecution Service decided to try six defendants at a time.

A verdict was expected last month but Ms Fudge agreed to postpone the trial to await the outcome of a Supreme Court judgment.

On June 25, this overturned the convictions of four protesters who had locked themselves together outside an arms fair in 2017.

The four demonstrators were found to have been exercising their rights to free speech and assembly and had a lawful excuse. 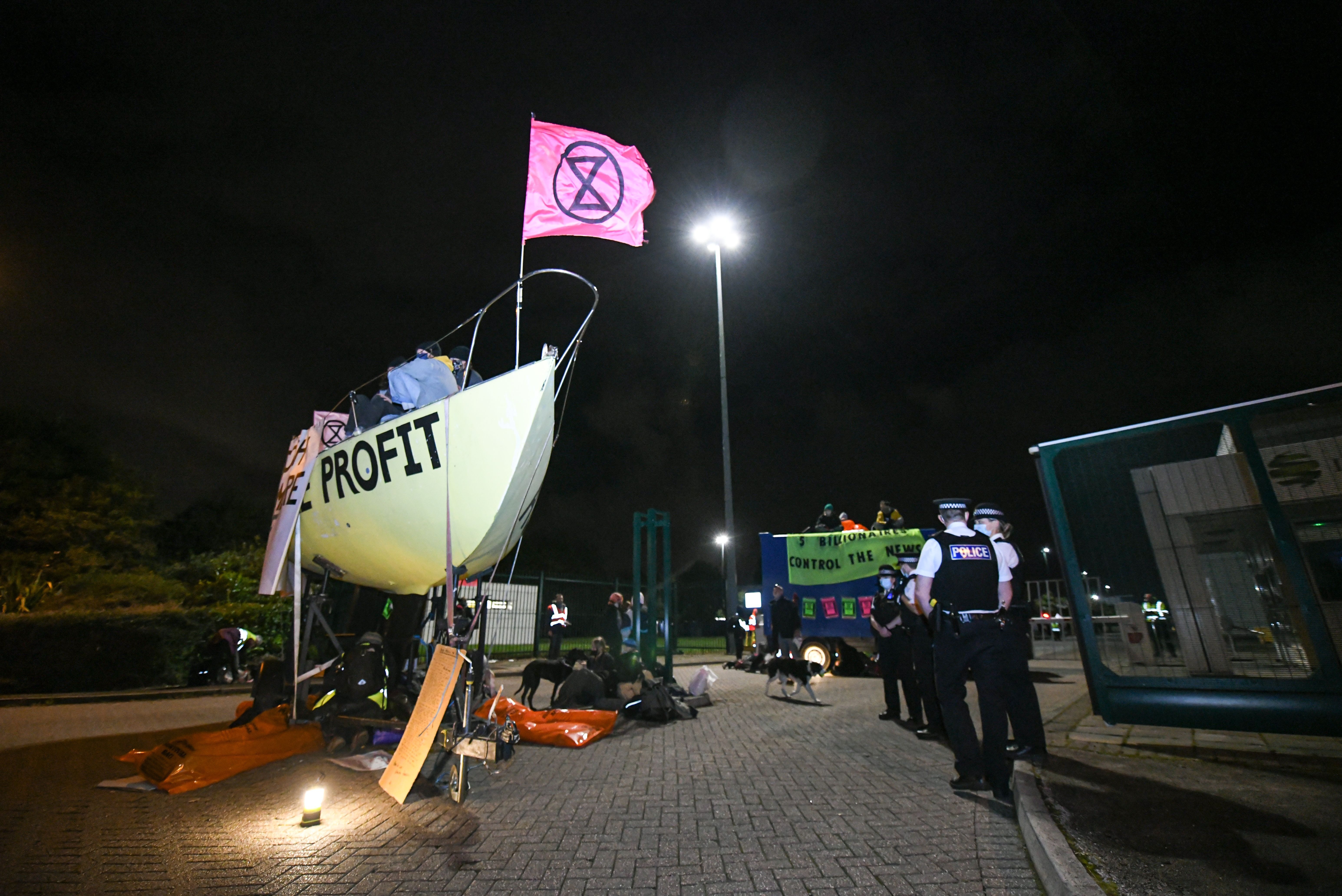 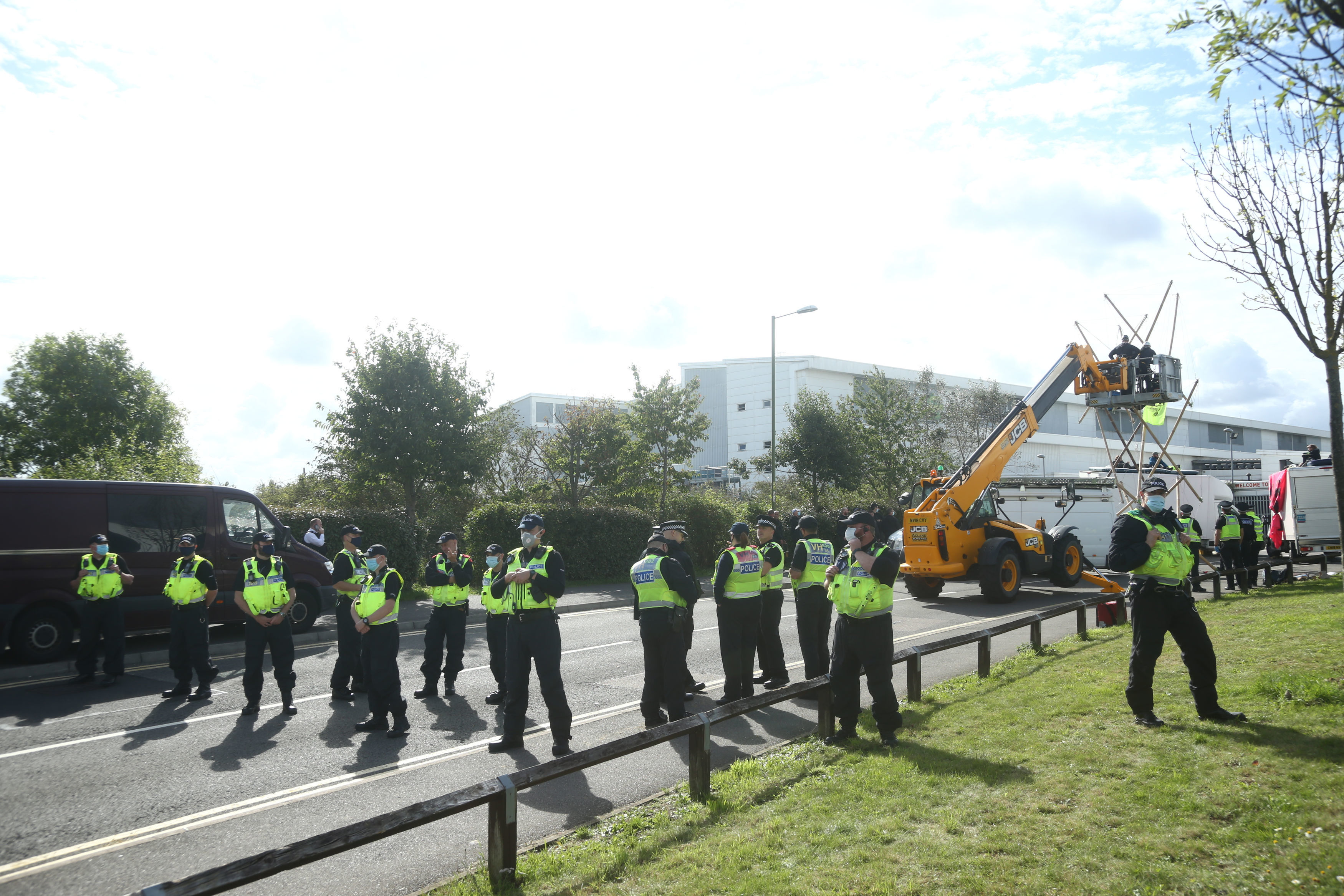 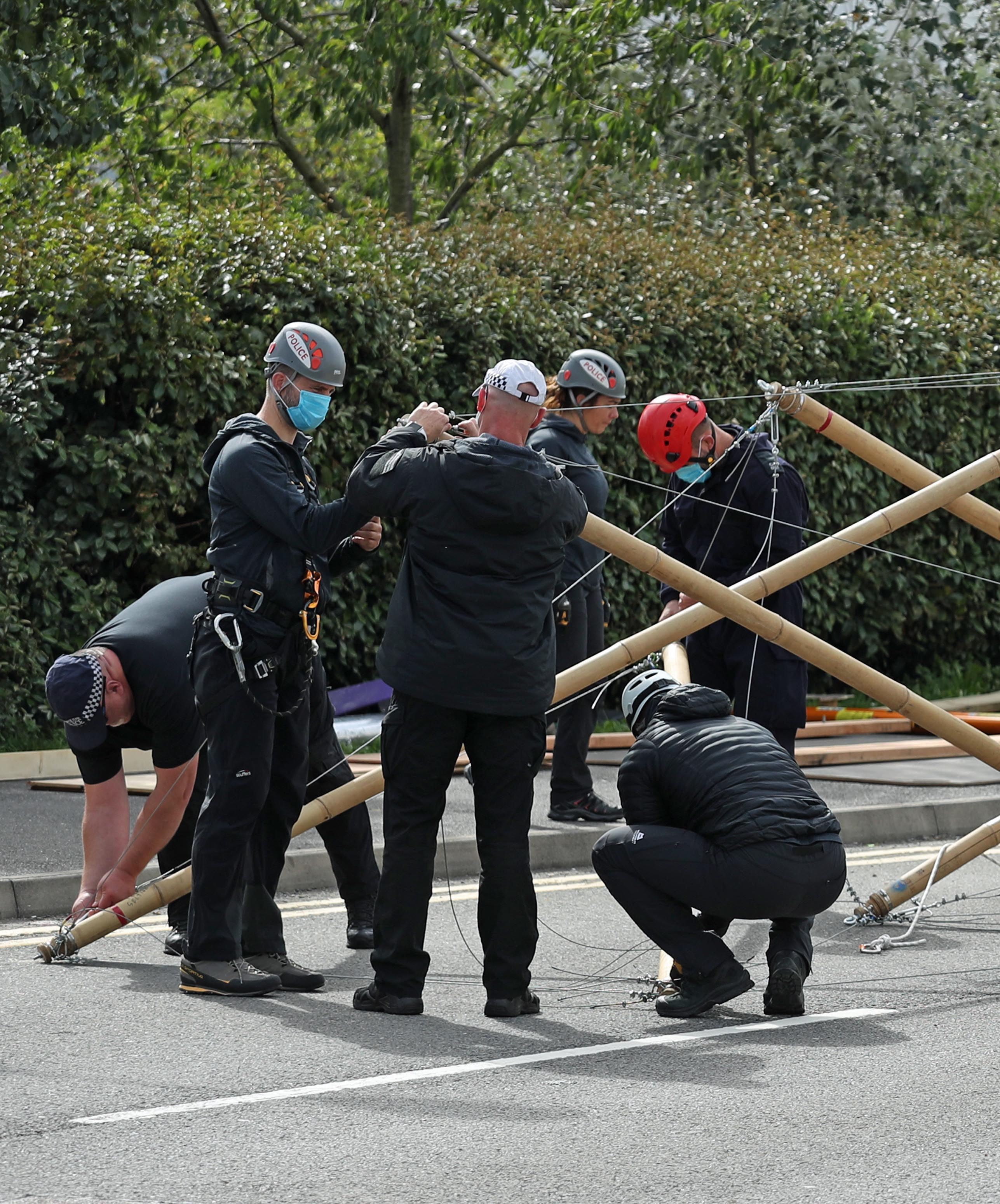