‘One minute we’re f***ing lining up, and then the next minute…’: Sky reporter Adam Boulton swears live on air as frustrated journalists wait for May to emerge from Cabinet marathon

Sky News reporter Adam Boulton was heard swearing in a live broadcast outside Downing Street today amid high tensions over the Brexit agreement.

The 59-year-old was among the journalists waiting outside Number 10 as Theresa May persuaded her Cabinet to back her deal with Brussels.

As an ITV live stream kept a constant watch on the door, Boulton made his anger heard when the PM’s statement was pushed back again.

He was heard on the microphone saying: ‘One minute we’re f***ing lining up, and then the next minute…’

ITV responded to his accidental on-air cursing by cutting off their live stream, according to Twitter users following the video.

Last month footage emerged of the Sky reporter berating his broadcast colleagues at the Conservative conference.

Boulton was heard swearing and shouting at fellow journalists including the channel’s deputy political editor Beth Rigby, the Guardian reported.

In 2010 he had a heated on-air exchange with former Labour spin doctor Alastair Campbell in the aftermath of the hung parliament at that year’s election.

Today Boulton and other reporters were kept waiting during a marathon Cabinet meeting which saw ministers agree to Mrs May’s Brexit proposals.

Amid rumours of resignations and a possible challenge to her leadership, Mrs May finally emerged after 7pm following what she called an ‘impassioned debate’.

Speaking outside Number 10 she said: ‘I firmly believe that the draft withdrawal agreement was the best that could be negotiated and it was for the Cabinet to decide whether to move on in the talks.

‘The choices before us were difficult, particularly in relation to the Northern Ireland backstop, but the collective decision of Cabinet was that the Government should agree the draft withdrawal agreement and the outline political declaration.’ 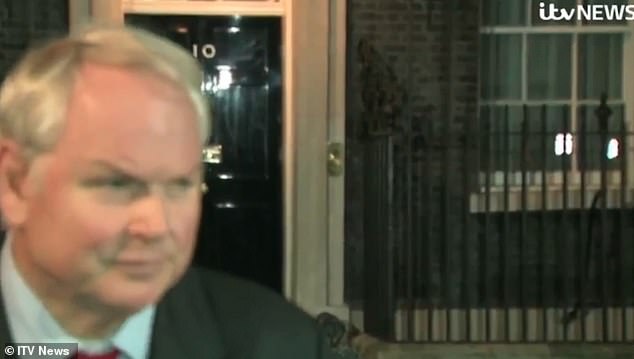 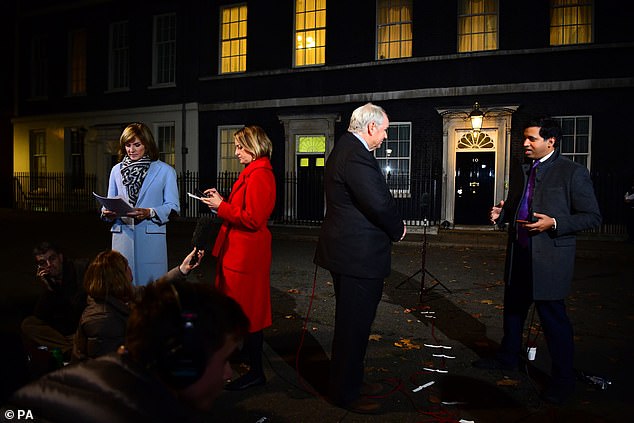