Sky weather woman Nazaneen Ghaffar admitted she cried after receiving a ‘horrid’ tweet saying she should ‘either lose two stone or stop standing sideways’ while presenting.

The 33-year-old Sunrise presenter received the message on her Twitter page that read: ‘Either lose two stone in weight or stop standing sideways to the viewer, you really are needlessly overweight.

‘Your circled picture on your profile shows how you were, so now get a grip, cut out the carbs and it drops off.’ 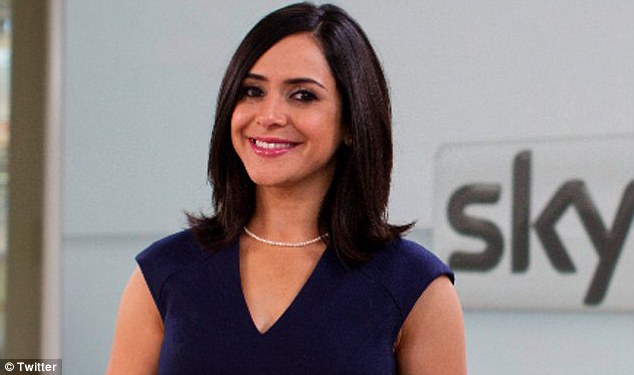 Sharing the tweet from the troll, who goes by the name ultimategrumpy, Nazaneen wrote: ‘Why is MY weight any of YOUR concern?

‘Think before you speak.

‘You don’t know what’s going on in my private life. And regardless I am still the same person on the inside – whatever my weight. That’s all that matters.’

Colleagues and fans have flocked to her defence, with Sky presenter Kimberley Leonard saying: ‘One of the most naturally beautiful people I know and one of the nicest.’ 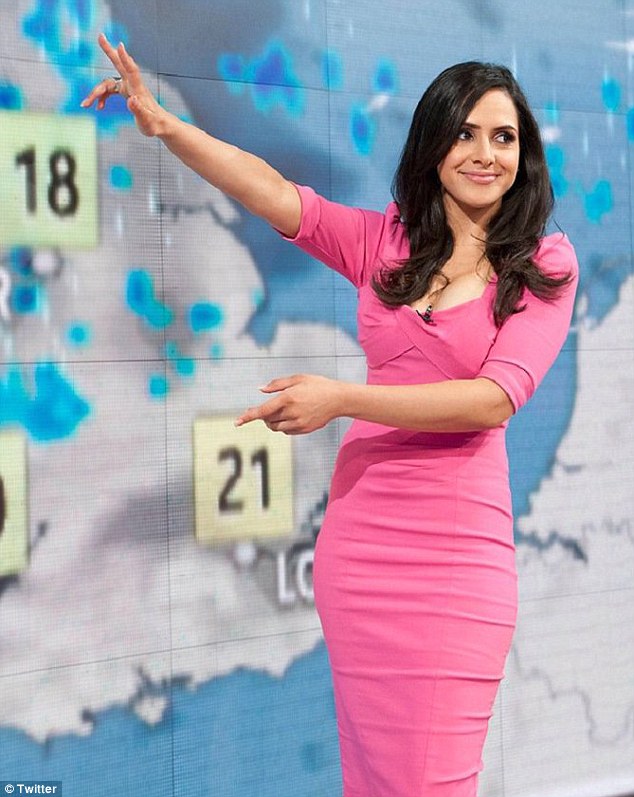 Fan and co-workers flocked to support the ‘naturally beautiful’ presenter who had worked for Sky since 2010. She has received over 100 comments of support

BBC weather presenter Behnaz Akhgar wrote: ‘I think you look amazing… Who is this crazy person?’

Sky Sports’ William Esler added: ‘Absolutely ridiculous that somebody would think it was acceptable to send that.’

A heartwarming message from viewer Tony Strange said: ‘Ignore him. I have enjoyed waking up to your weather forecasts for years and long may it continue. 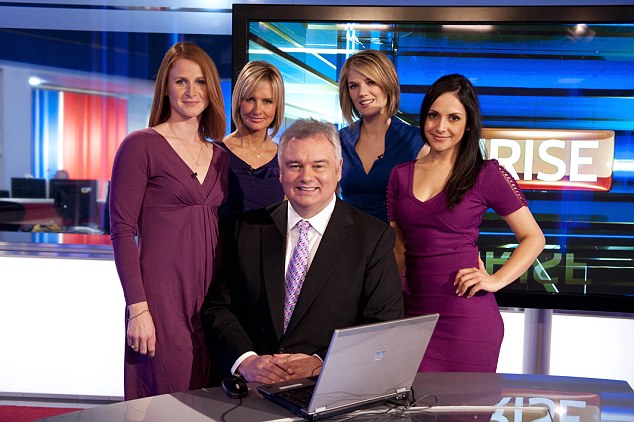 ‘The day is always sunny when you’re on, no matter what.’

Later the 33-year-old who’s married to BBC reporter Charlie Rose, sent a tweet out thanking her fans for their support which gives her ‘the incentive  to wake up every morning at 3.30am’

She wrote : ‘Thank you to every single one of you who replied to my previous horrid tweet.

The Sunrise presenter re-tweeted the horrid message from the online troll with a response which read: ‘Why is MY weight of YOUR concern?’

‘I immediately regretted giving him the satisfaction of my attention by retweeting it and I’m ashamed to say it did make me cry. I know, stupid.

‘But then I read all your wonderful messages and I felt like I had the longest, warmest, and biggest virtual hug – and that’s why I love my job, because you all care about my weather forecasts no matter how big or small I am, or how sunny or cloudy it is!

‘I’m not going to lie, when my alarm goes off for work at 3.30am it’s hard to wake up, but knowing you guys are going to tune in and watch for your day’s weather forecast makes me happy and I feel so privileged to be able to do that for you all.

‘Thank you so much.’

Ghaffar started her career as a runner on Deal or No Deal before working at BBC South East and ITV West before joining Sky.