At least seven people have died in a gas explosion at a block of flats in eastern Slovakia.

One person is still missing as firefighters continue to search the building in the city of Presov.

The state fire department said: “Overall, we assume that the number of fatalities on site is eight, seven confirmed and located (so far).” 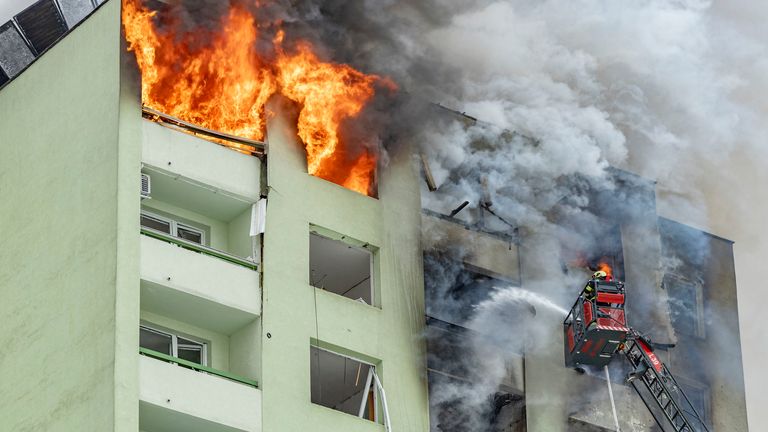 The explosion happened towards the top of the 12-storey building on Friday.

The whole of the top half of the building was engulfed in flames and the top three floors were destroyed.

Officials said 40 people had been injured.

The blaze was finally extinguished on Saturday morning after more than 100 firefighters worked overnight to bring it under control.

Rescuers said their efforts were complicated by faulty reconstruction completed in 2017.

Fire commander Jan Golias said: “The firefighters did not agree with construction changes made in 2017. Some regulations were breached. That could have caused the collapse of the staircase where we could not evacuate.”

Slovakia’s prime minister Peter Pellegrini, who visited the site late on Friday, said the building is so damaged that it may have to be demolished.

Residents in nearby properties were also evacuated and stayed in local schools.