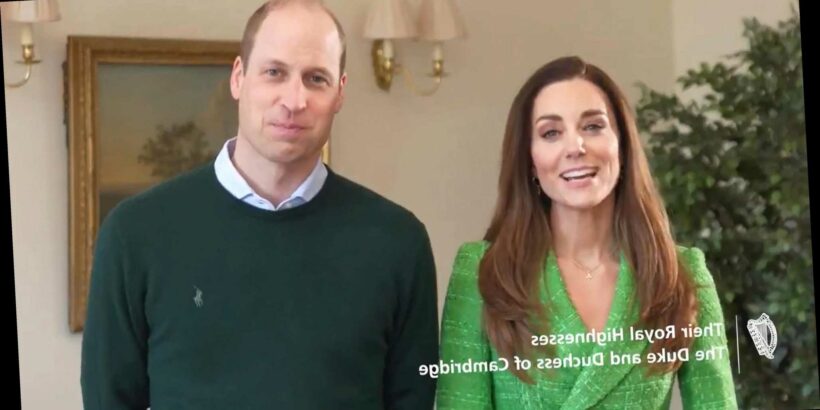 THE Duke and Duchess of Cambridge have joined world leaders in wishing the Irish a Happy St Patrick's Day. 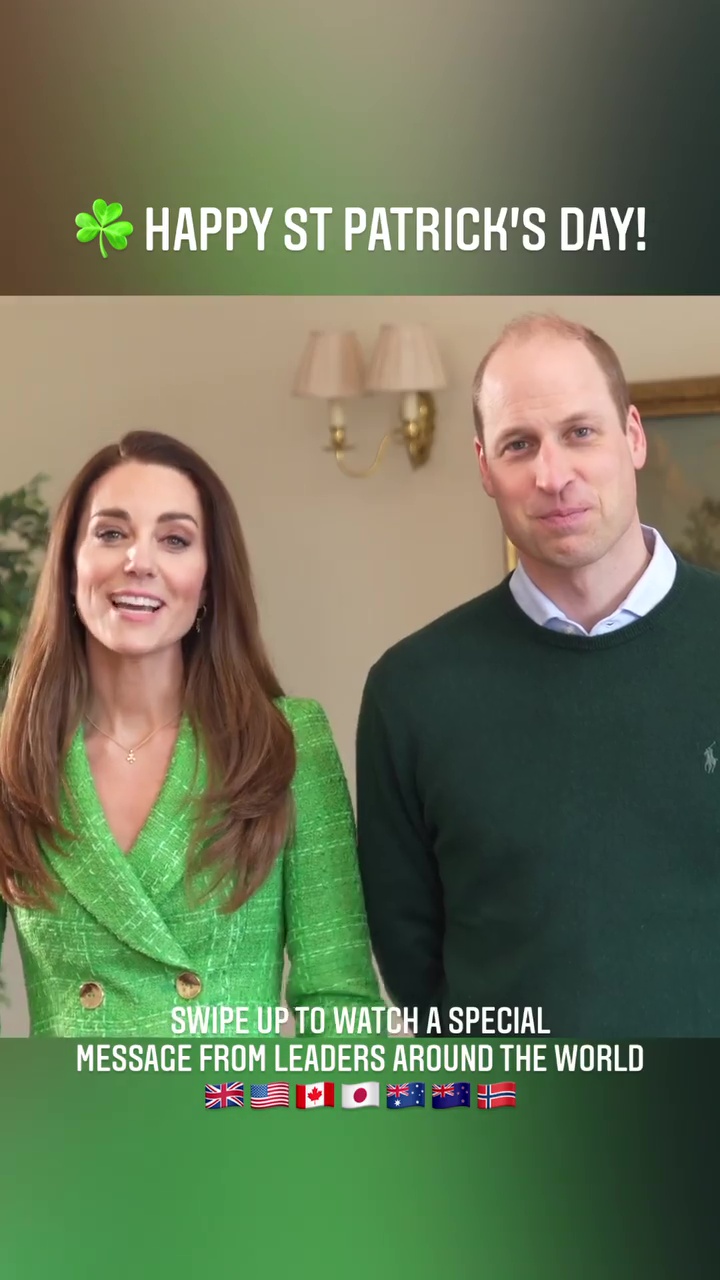 William quipped to his wife: "How come you got that easy bit?"

The couple, who were both dressed in shades of green – the republic's national colour – recalled the warm welcome they received during their visit to Ireland last March just ahead of the first lockdowns.

William said: "We were so thrilled to be able to visit Ireland just over a year ago, a few short weeks before all of our lives were turned upside down by the pandemic."

Kate added: "The warm welcome that we received everywhere was a testament to the friendship between our two countries, and the strength of the relationship between the UK and Ireland."

The duke said they recognised this St Patrick's Day would be different, but he hoped people would still be able to celebrate safely.

William added: "We know that for Irish people all around the world today won't be the same as normal, but we hope you can celebrate safely in any case."

The duke, who is Colonel of the Irish Guards, and the duchess traditionally attend the Guards' St Patrick's Day parade each year at barracks in London.

He stressed it was very important that people avoid social gatherings amid the ongoing Covid-19 crisis.