A man feeding ostriches at a drive-through wildlife park got more than he bargained for when one bit his finger and he had to shut his car window to get rid of it.

The footage was filmed on November 11 in Como, Mississippi, when a man and his family came across two hungry ostriches.

It shows the man feeding the two birds outside his car window and one of them snaches his finger instead of food.

The man can be seen offering an open bag of food to the two ostriches outside his car.

The hungry ostriches dig in very quickly as the man says ‘I think you are being a little aggressive right now’.

Eventually one of the birds accidentally bits his finger instead of the food, and as a result the man spills animal feed all over the car. 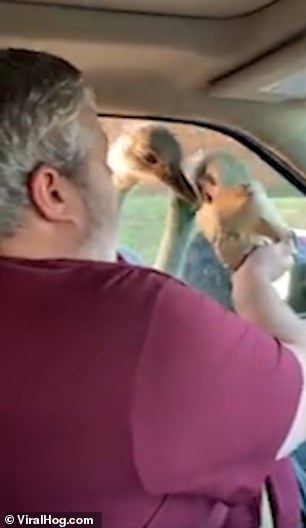 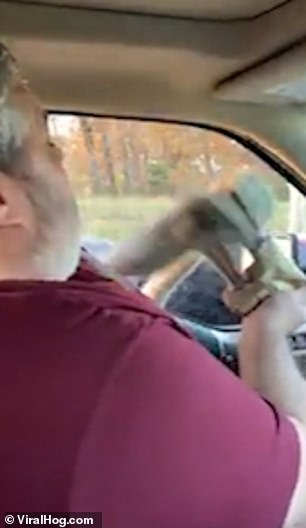 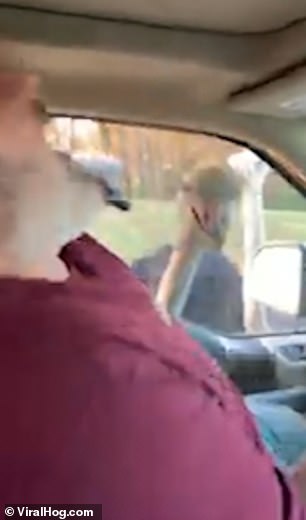 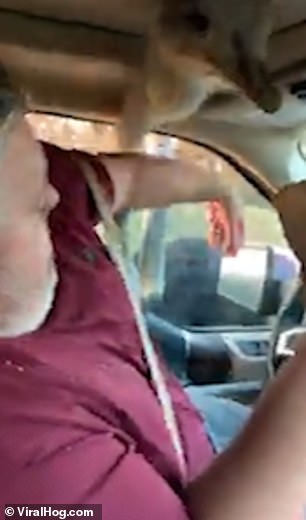 He exclaims ‘Ow’ in pain and tries to avoid the two birds who are still outside the window, waiting to get more food.

He said: ‘I was feeding two aggressive ostriches as my family looked on and laughed.

‘The ending is me spilling animal feed after one of the ostriches bit my finger.’