Police begin huge security operation in Windsor ahead of the royal wedding with officers drafted in to search bins, manhole covers and phone booths

Police are rifling through bins, searching drains and manhole covers, and using sniffer dogs in a huge security operation ahead of the royal wedding.

Snipers and a counter-drone system could be used to monitor Prince Harry and Meghan Markle’s big day as the terrorist threat for the occasion remains ‘high’.

Anti-vehicle barriers are being erected, CCTV closely monitored and the River Thames searched as security steps up ahead of May 19.

Undercover police may also be employed to keep an eye on proceedings, potentially racking security costs up to at least £30million, according to Bridebook.

Military tech, such as a counter-drone system, could also be used to keep everyone safe during the special day, according to Thames Valley Police.

But the force have said the public should feel reassured rather than alarmed by the measures for the wedding at St George’s Chapel in Windsor Castle.

The couple’s wedding venue is considered more low key compared with Westminster Abbey where the Duke and Duchess of Cambridge were married.

Meghan, 36, and Harry, 33, have invited 600 guests to the ceremony even though the chapel can seat approximately 800 people.

Sources say the pair decided to cut their guest list as they want to rearrange the pews in the 14th century chapel. 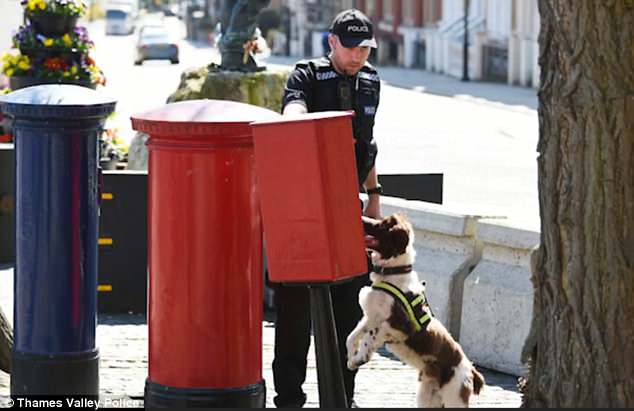 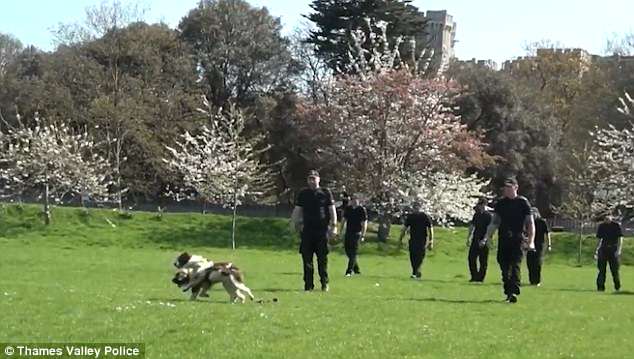 Police dogs scouring the Berkshire town with a team of officers ahead of the wedding, which is just days away

However, the couple have invited more than 2,000 members of the public into the grounds of Windsor Castle to watch their arrival on their wedding day.

Kensington Palace announced that the couple have chosen the Ascot Landau carriage for their wedding procession.

If it rains on the wedding day, the wet weather option is the Scottish State Coach. 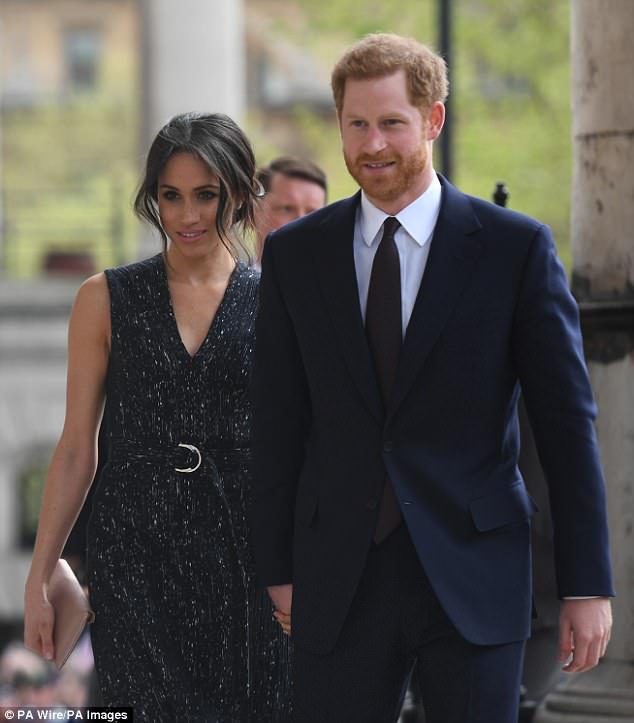 Meghan Markle and Prince Harry in London together. Their wedding venue is more low key than Westminster Abbey where the Duke and Duchess of Cambridge got married

Spectators planning to attend the wedding have been advised to begin their journeys as early as 4am.

A ‘sizeable queuing system’ will be in place for Great Western Railway’s service between Slough and Windsor and Eton Central – the nearest station to the event.

Some 2,300 metres of fencing will be used for queues across the busiest stations on routes to Windsor. 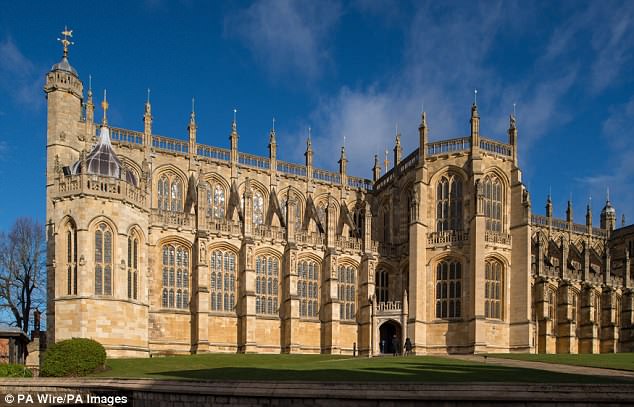 St George’s Chapel at Windsor Castle, where Prince Harry and Meghan Markle will get married on May 19 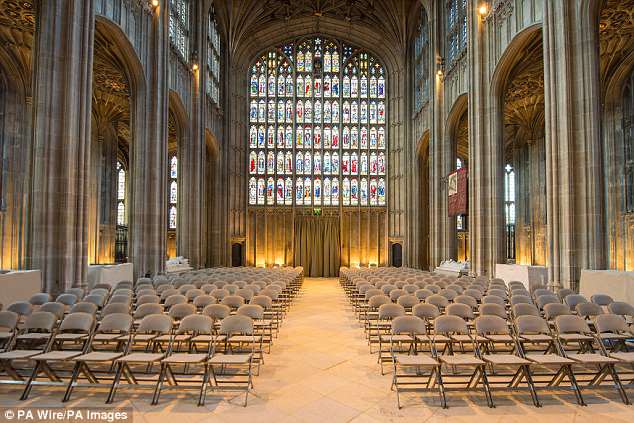