The original stars of Jersey Shore are not happy about MTV’s planned reboot. Nicole “Snooki” Polizzi, DJ Pauly D, Mike “The Situation” Sorrentino, Jenni “JWoww” Farley, Vinny Guadagnino, Deena Cortese and Angelina Pivarnick spoke out against Jersey Shore 2.0 shortly after the network’s announcement this week. The group launched to fame in 2009 after the reality series debuted.

“As a cast that took a chance with a network in need, we put our most vulnerable moments on television for the world to see,” the statement begins. “We gave our all over the past 13 years, became a family and continue to open our lives to the world,” the statement continued. “So please understand that we are not in support of a version that will exploit our original show, our hard work and authenticity to gain viewers.” 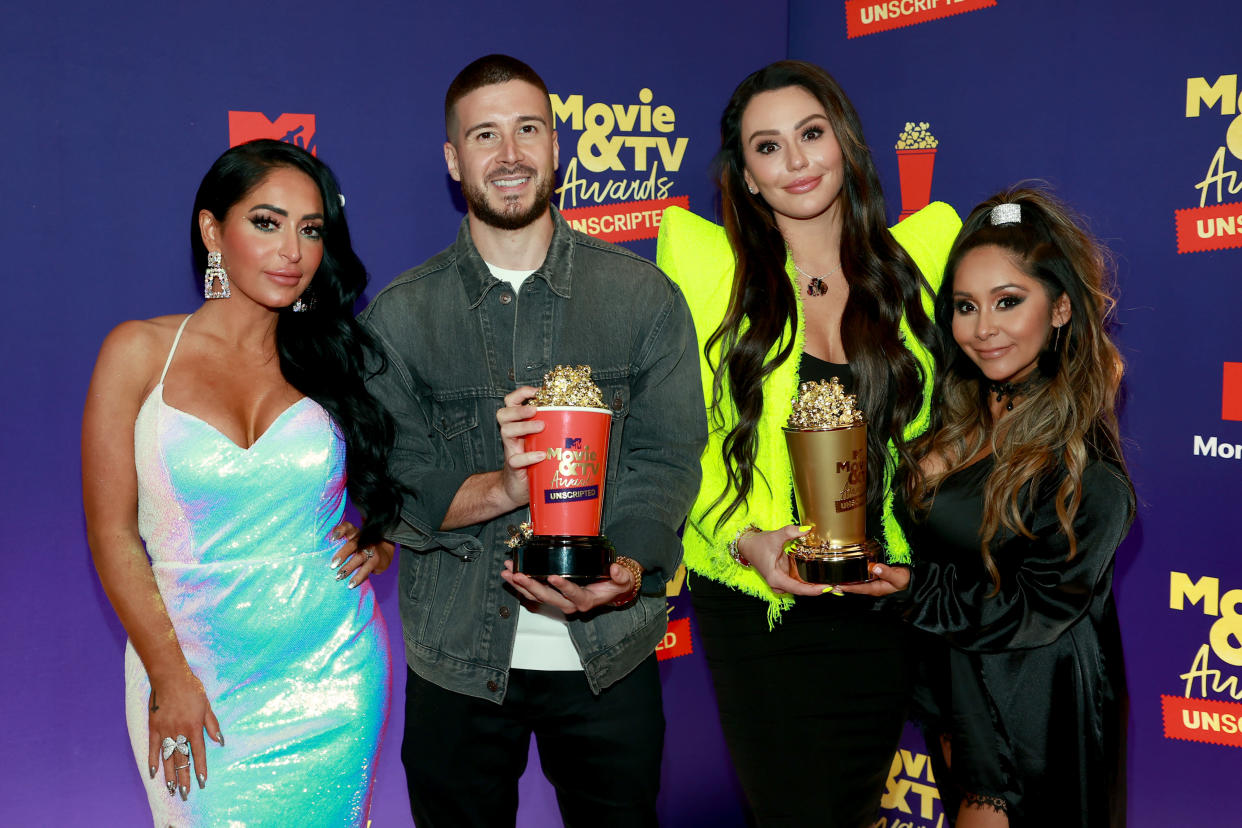 “Please understand that we are not in support of a version that will exploit our original show, our hard work and authenticity to gain viewers,” pic.twitter.com/a39zYZbFo4

The group ended by telling fans to tune into Jersey Shore Family Vacation, the spinoff launched in 2018. It just got picked up for another season. Jersey Shore ended in 2012 after six seasons.

Sorrentino had a bit more to say on the matter.

There is no substitute for lightning in the bottle ⚡️

MTV announced its plans for a reboot on Wednesday.

“It’s been 13 years since the iconic cast of Jersey Shore fist-pumped their way into our lives and stole our hearts,” a press release said. “Now, the time-honored tradition continues with a new group of roommates moving into their own Shore house. They may have traded their poofs for plumped pouts and UV rays for spray tans, but when things heat up in Jersey, the Shore is still the place to be to make memories all summer long.”