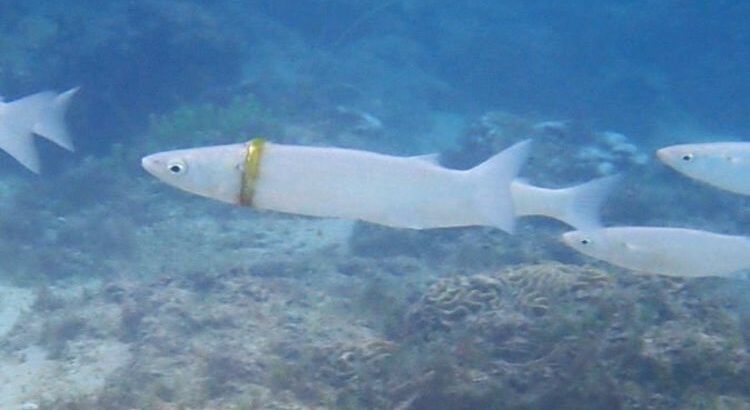 Local snorkeller, Susan Prior, discovered a missing wedding ring wrapped around the neck of a mullet fish while she was diving in Norfolk Island, Australia. The £1,000 ring belonged to Nathan Reeves who lost it when he was swimming in a lagoon a day before the couple’s second wedding anniversary.

All hope was lost for Mr Reeves and his wife Suzie Quintal until Ms Prior spotted the shiny gold ring wrapped around the fish.

Ms Prior told Daily Mail Australia that the sight of the fish trapped in the ring was ‘gut-wrenching’ because it was being weighed down by the gold.

Ms Prior said: “The metal can only be removed by catching the fish in a net and gently removing it.

“The fish seems to be OK so far but as it grows, the ring will cut into it.” 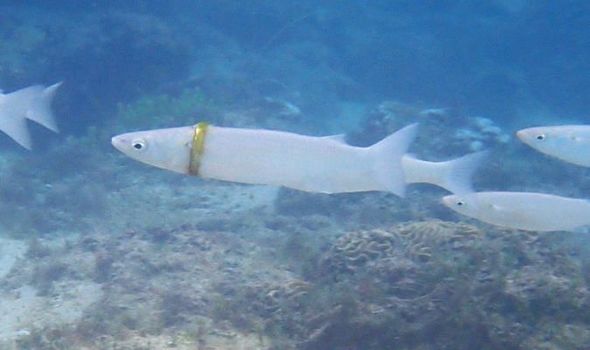 Writing on her blog, Ms Prior said that mullet fish snuffle through sand looking for food, making it easy for a ring to flip over their noses and get stuck.

Ms Prior had heard that a husband had lost his wedding ring in the lagoon in January and was able to track the couple down via a community Facebook page.

Wife Suzie Quintal said that she was “not happy” when she discovered her husband had lost his ring despite her always telling him to take it off when swimming. They searched high and low for the ring with no avail and “couldn’t believe it” when the snorkeller found it five months later.

Ms Quintal said: “I just could not believe it. I have got a few friends on the island and they are pretty adamant that they will find it.

DON’T MISS
Covid inquiry: What is a public inquiry? When will it start?[COVID]
Meghan Markle and Harry hailed ‘Duke and Duchess of Impact'[ROYAL]
Meghan and Harry’s unborn daughter will play this important role[ROYAL] 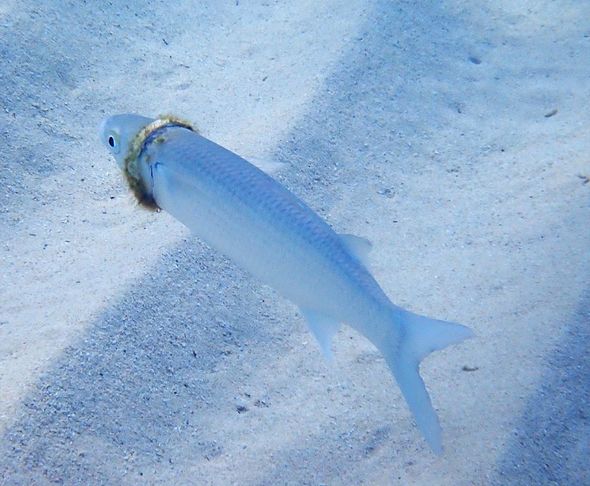 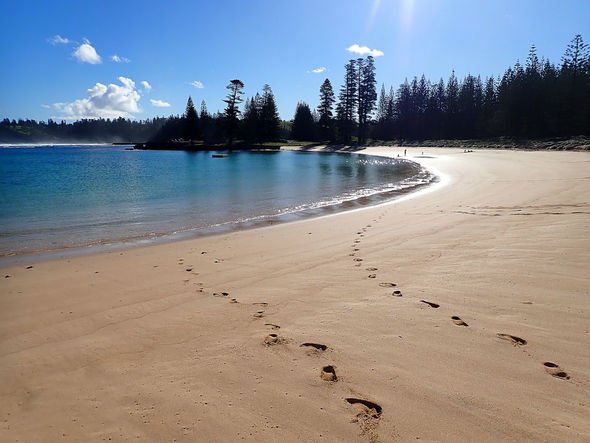 “People are now trying to source nets, some have got scuba gear. The team in the glass bottom boats are going to have a look – Norfolk is really good like that.

“It doesn’t worry my husband, he doesn’t understand all the fuss. I am just worried about the poor little fish.”

The couple are still waiting to hear if their ring has been retrieved and hope that the fish can be freed.

Ms Prior said that she hopes the situation will encourage people to be more cautious with their belongings whilst in water. She writes: “If the ring had been boring plastic, that incentive wouldn’t exist. I see this as a great opportunity to raise awareness about this issue. Snip those plastic rings, try to keep hair ties in your hair and not let them float away.”