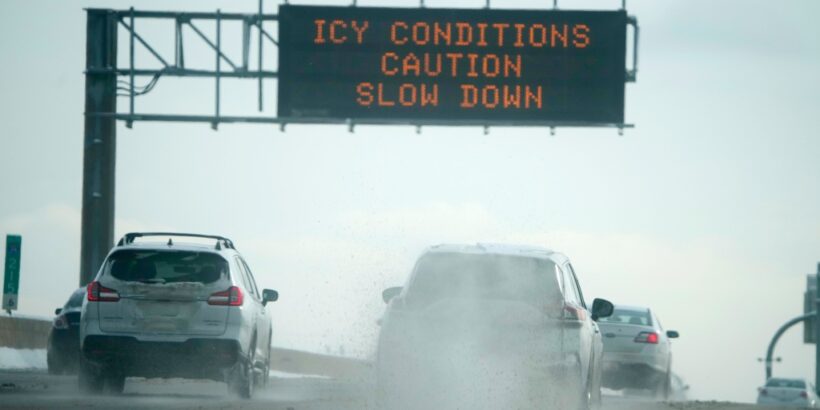 Wintry weather descended on the Denver area Thursday afternoon with snow falling in some areas and temperatures dropping into the teens.

Up to 4 inches of snow is expected along with winds gusting to 35 mph, the weather service said. Roads are slick in the metro area.

On the Eastern Plains, blowing snow and reduced visibility forced the closure of eastbound I-76 in Brush on Wednesday afternoon, according to the Colorado State Patrol.

The same storm system is brining heavy snow to parts of the mountains, especially north of the Interstate 70 mountain corridor. Up to 24 inches of snow is expected over the higher mountains before snowfall ends on Thursday, with 8 to 16 inches expected in the valleys of Grand and Jackson counties. Winds will gust to 40 mph in the valleys and to 60 mph at higher elevations creating near-blizzard conditions at times.

Winds chills in the metro area are forecast to drop to minus 11 degrees overnight with a low temperature of 2 degrees, the weather service said. Skies will be partly sunny on Thursday with a high temperature near 30 degrees. Wind chills on Thursday will continue to be frigid, with values as low as minus 8 degrees.