Images and videos show the ground in an area of desert north of the city blanketed with several inches of snow, even though temperatures average 29C at this time of year. The unusual weather phenomenon follows similar blizzards further north in the country’s mountainous region close to its border with Jordan on Sunday. By sunset, the 8,460ft Jabal Al-Lawz mountain in Tabuk Province had turned white, and visitors rushed to witness the weather conditions before the snow melted. Many also shared videos and photos of the rare conditions, with Fahd Al-Belawi, who came with his family, telling Arab News it was “one the best times in the year.”

I am neither in Moscow, nor am I in the Alaska. I am in Saudi Arabia

Residents Nayef Al-Harby and Mohammad Al-Shammari said: “This is the first time we have seen the top of Jabal Al-Lawz blanketed in white, we’ve been waiting for this during the past days so we can come to enjoy the weather.”

Another young man posted a video of himself in Twitter with the message: “I am neither in Moscow, nor am I in the Alaska. I am in Saudi Arabia.”

Weather reports said the temperature in the area dropped below 9C, very chilly for the Arab nation.

Climate researcher, Eid Al-Madhlaani, said it was highly unusual to see snow falling in the Spring in the Middle East. 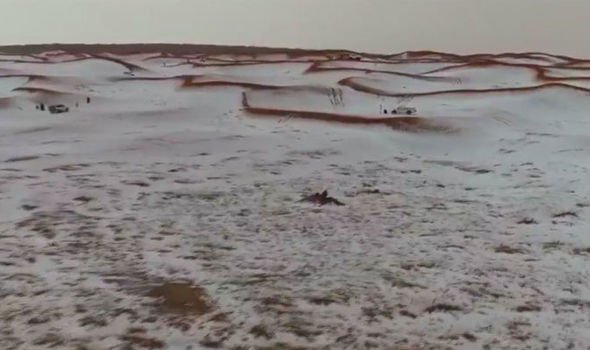 He warned people wanting to visit the area to be careful when driving on the slippery roads.

Security patrols, civil defence and ambulances were present in the area to ensure traffic continued to move smoothly.

Snow in Saudi Arabia is unusual but not unheard of.

In January, pictures showed locals sledging down the sides of hills in the Tabuk region as they took advantage of 15 inches of snow as temperatures plummeted to -2C. 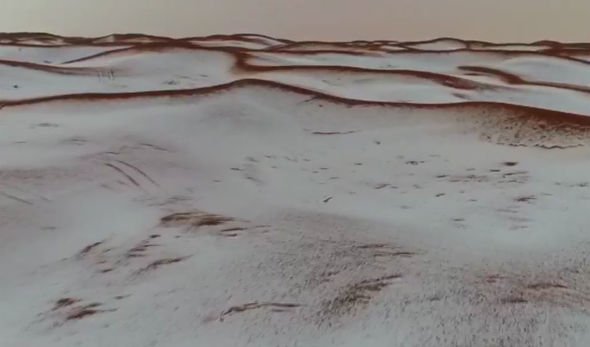 Other images even revealed camels with their humps covered in snow, while near-deserted landscapes were been left covered.

In November 2016, Saudi Arabia was hit by heavy snows as temperatures fell to -4C which were followed by rain and lightning which led to flooding and the deaths of at least seven people.

Snow in desert regions around the world is also unusual, but similarly has been recorded occasionally. 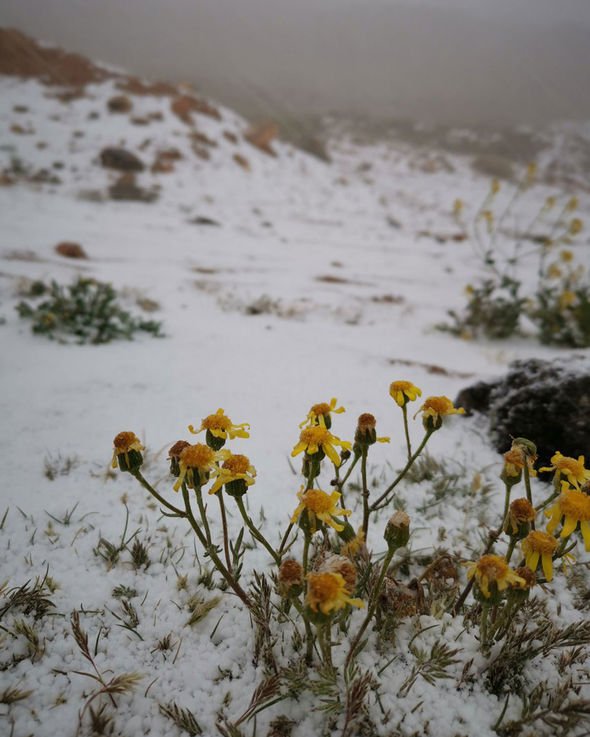 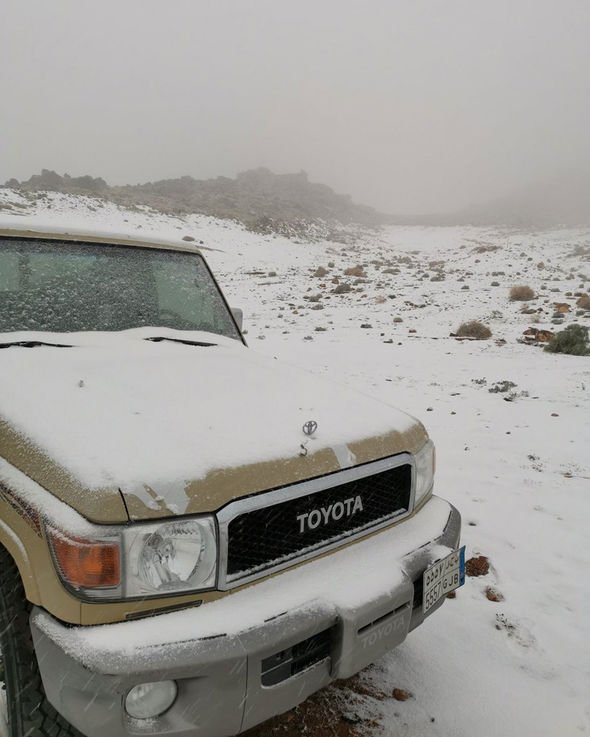 The Sahara, the largest desert on earth, where temperatures can reach a sweltering 117 degrees Fahrenheit, is better known for sandstorms than snowstorms.

But the images showed some areas blanketed by up to to 15 inches of the stuff after it fell the day before.

The snowfall occurred in the lower Saharan Atlas mountain range, and was very unusual because of the dryness of the air, even though temperatures can drop to below zero at night.

It was just the third time in 37 years scientists had recorded powdered snow in the region.