So who’s the REAL James Bond villain… the all-powerful producer Barbara Broccoli, her close friend Daniel Craig, or the now ousted right-on director Danny Boyle who thought he could reinvent 007?

As every fan knows, Bond movies are packed with villains, heroes, twists, turns and intrigue.

But this week we learned that the behind-the-scenes wrangles, during the film-making, are as enthralling as the films themselves.

The headquarters of Eon Productions, from where Barbara Broccoli controls the Bond movie franchise with a rod of iron, are housed in an anonymous grey building in Central London.

It is here that the decision about who directs the next Bond film will be made.

All we know at this stage is that it certainly won’t be Oscar-winner Danny Boyle, who walked away from the project (known only as Bond 25) due to ‘creative differences.’ 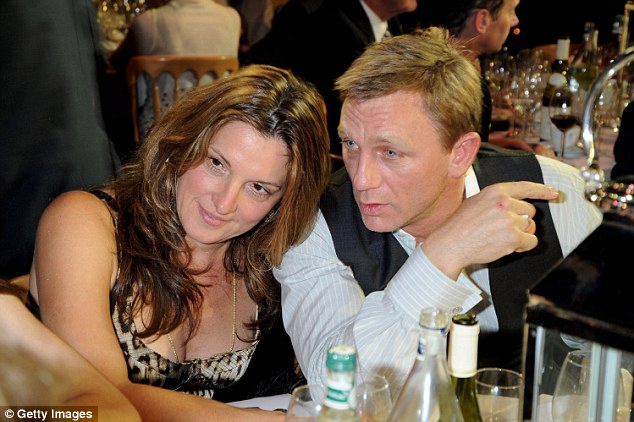 Not so 007 heaven: Barbara Broccoli with Daniel Craig

This, so often, is entertainment industry code for something far more contentious having gone on behind the scenes.

To understand more about the clash that occurred between Boyle and Bond producers, it’s important to know more about Barbara, the fiercely driven 58-year-old daughter of Cubby Broccoli, the founder of Eon productions who bought the film rights to the James Bond books in 1961.

Eon stands for ‘Everything or Nothing’ and is now controlled by Barbara, helped by her stepbrother Michael G. Wilson.

To say that she is formidable is an understatement. As Wilson once told an interviewer: ‘Barbara scares the hell out of people. Everyone is frightened to death of her.’ To which she responded: ‘Good!’ with a laugh.

Her Bond career started when she was an assistant on Octopussy in 1983, at 23. Barbara and Michael took over at Eon in 1995, the year before Cubby died. 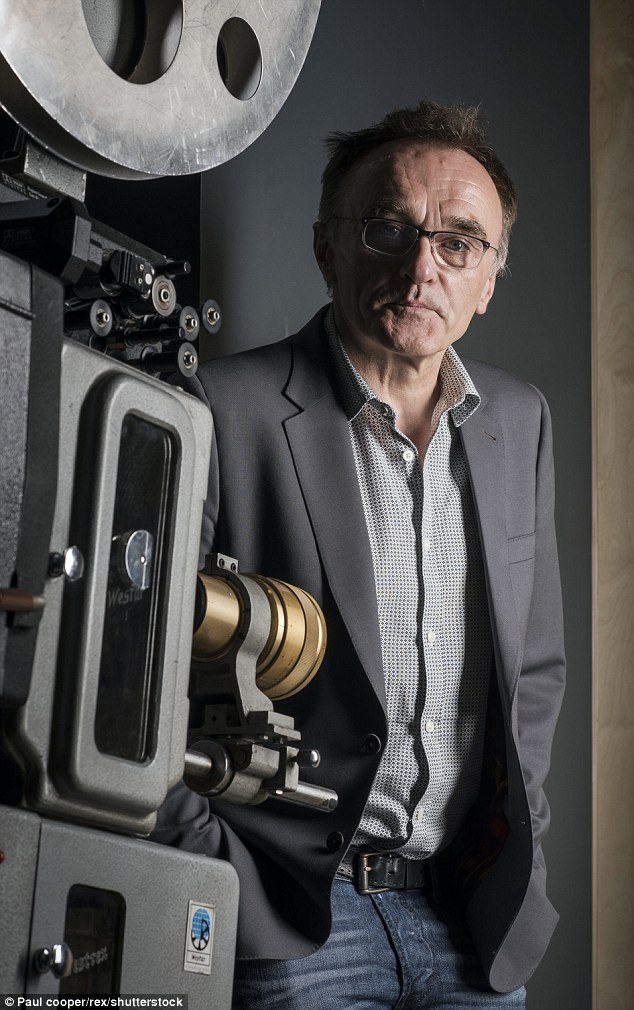 Oscar-winner Danny Boyle, above, has walked away from the project (known only as Bond 25) due to ‘creative differences’

Michael, now 76, was a teenager when Cubby married his mother Dana, who later went on to have Barbara.

The usual film-making process is that producers provide the money, while the director is left to realise his vision.

As Boyle discovered, to his peril, Eon Productions don’t work that way. You do it Barbara Broccoli’s way, or you can forget it.

She has veto over casting, script, marketing and product placement. But, while the process is tightly controlled, what a Bond movie can offer a director is a huge budget and virtually guaranteed success.

Spectre, the last Bond film, had a budget of £200 million and took £687 million at the Box Office. It’s this clout that lured Boyle, a visionary talent, best known for making Slumdog Millionaire, which won eight Oscars, including best director.

Production on Bond 25 had been due to start in December, with a release planned for autumn 2019 — but, at the 11th hour, the film has collapsed with sources indicating that Danny may have fallen foul of Barbara’s veto and her passionate regard for leading man Daniel Craig, to whom she is extremely close.

It is said that if Craig doesn’t like an idea, it’s unlikely to happen — something Boyle, apparently, didn’t appreciate.

An industry source tells me: ‘There was a meeting with Daniel and Barbara and Danny Boyle late last year at the Eon office in Piccadilly and everyone was rather excited about his plans to shake up Bond and take it in a different direction.

‘What he proposed was radical, but they were all on board including Daniel Craig. Daniel was actually excited to come back to a different kind of Bond, it was going to be revolutionary.

‘However the screenplay that emerged this spring was too radical. The Bond producers thought it lacked humour and thrills and without an agreed script they didn’t have a deal.’

The script had been written by Boyle’s collaborator and friend John Hodge with whom he worked on Trainspotting, and the pair were said to be unwilling to just jettison their project.

Before when there were problems with Bond scripts, like with Sam Mendes’ favoured outline for Spectre, long-serving Bond writers Neal Purvis and Robert Wade would be brought in to finesse the formula.

In this case, though, Boyle is believed to have dug his heels in and, with a standoff over the script, there was no way forward.

To be fair, Boyle, a somewhat diffident Mancunian Leftie, was a surprising choice as a Bond director. The films target the mass market, and the producers are wary of anything which might narrow their appeal.

Before they hired Boyle, they were apparently in discussions with Guy Ritchie, who was fresh from making spy drama The Man From Uncle.

As Barbara Broccoli told an interviewer: ‘My dad was always about “Put the money on the screen.” You have to surpass each one.’

Sam Mendes, artist though he is, understood this requirement for spectacle and created the biggest movie explosion ever for Spectre.

What few realise is that before Boyle got on board, an alternative script for Bond 25 was already well advanced.

Provisionally called Shatterhand, the Purvis and Wade script was said to be a remake of On Her Majesty’s Secret Service.

However, in the spring of last year, Boyle presented his idea, apparently some kind of post-Cold-War riff on human frailty involving, it is said, a Maori henchman and two Russian baddies.

In this instance, it has been reported that there was also an issue over the casting of the male Russian baddie who had been written into the script, with Boyle wanting unknown actor Tomasz Kot in the role. 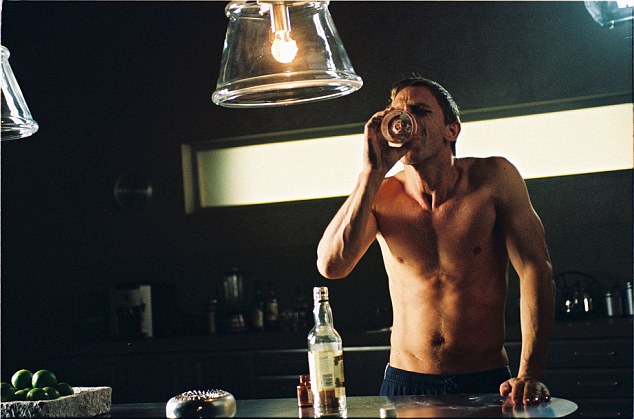 Barbara Broccoli saw Daniel Craig in the film Layer Cake and even though there were complaints that he was too blonde, too short and not handsome enough, she stuck to her guns

Reports suggest that Daniel Craig didn’t like him, and neither did Barbara Broccoli — but that Boyle thought that he could insist on staying true to his vision.

Bond fans believe Boyle’s plot involved having 007 either imprisoned for most of the movie or appearing to die during it. As ever with things Bond, rumour abounds.

Boyle would never say precisely what he was planning although a leaked casting-call sheet indicated that the key villain would indeed be Russian.

Boyle had previously suggested the film would help the franchise evolve in the #MeToo and Time’s Up era — although a Bond who doesn’t seduce beautiful women will never be permitted.

Boyle, 61, did acknowledge he felt more at home working on independent films than being in charge of multi-million dollar budgets.

He said: ‘I’m not really the right guy to make those kinds of films. I like working slightly under the radar, rather than the responsibility of having to deliver to a certain expectation.’

He had difficulty over timing, too. At present he is editing the Beatles musical All You Need Is Love, which features the actress Lily James and a Richard Curtis script.

A December start was always going to be a serious stretch for him, and Eon had pushed production back in order to accommodate his scheduling problems. 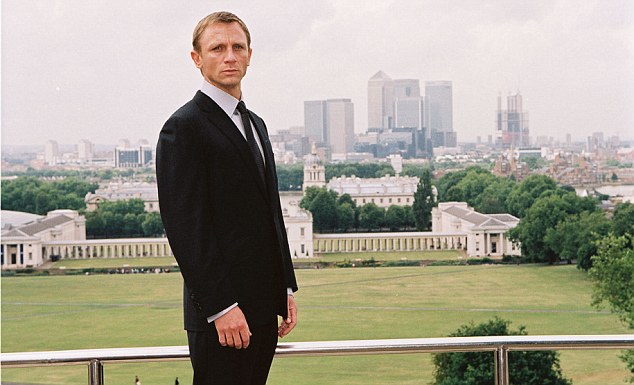 A source said: ‘There was a nightmare timing factor. I hear that very little pre-production like casting, location recces etc had been done.’

Boyle had, of course, already worked with Craig when choreographing the London Olympics opening ceremony in 2012, which saw Bond meet the Queen.

Craig was expected to hand in his licence to kill after Spectre. He and Sam Mendes butted heads professionally, hence some of Craig’s bitter pronouncements about how he would rather slash his wrists than return.

But Barbara Broccoli persuaded him back, with sources saying it was on the understanding Mendes would not direct.

So what comes next? If Eon go for the Shatterhand script, the entire production will have to be overhauled to account for a different story, characters and settings. This would add months to the schedule, and mean a possible release in 2020.

A 2020 release date would mean a five-year gap between the new film and Spectre, one of the longest in franchise history.

Some suggest this will make it more likely for Craig to quit — although as he and actress wife Rachel Weisz are having a baby later this year, it may actually suit him well.

Then there is the relationship with Barbara Broccoli to consider — the fact that Craig’s name was on the statement about Boyle’s departure alongside hers is being interpreted as an indication that he remains committed to Bond. 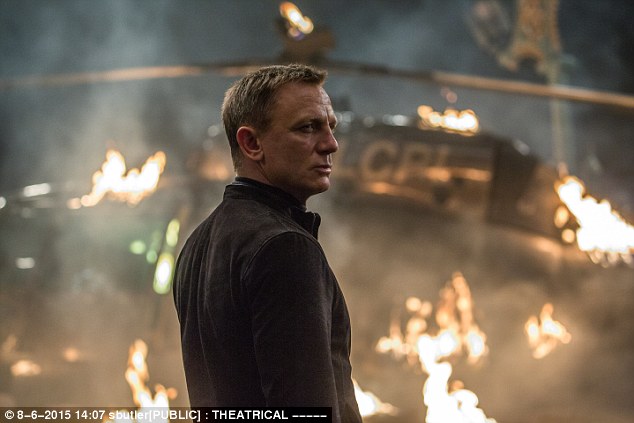 From the outset, Daniel Craig was ‘her’ man. She decided in 2005 that there ought to be a new Bond, which meant the end for Pierce Brosnan, and it was her decision to pick Daniel Craig.

She had seen him in the film Layer Cake and even though there were complaints that he was too blonde, too short and not handsome enough, she stuck to her guns.

The gamble paid off in style with the films which followed reviving the franchise and being among the most lucrative in Bond history.

When, during the Spectre publicity tour, Craig said he would sooner slit his wrists than continue as Bond, and added that he didn’t give a ‘f***’ about who replaced him, she seemed oblivious to the slight.

She said: ‘Maybe I’m in denial, but I don’t want to think about another Bond. Until he definitely says otherwise, I’m not going to give it another thought.’

She added: ‘He has given Bond a whole new dimension. He’s the greatest Bond there’s ever been.’