BRITS are being warned about a fake social media post which claims four young people ended up in intensive care after treating coronavirus with ibuprofen.

The message has appeared on various platforms, including Facebook and Twitter, alleging to have been confirmed by an NHS infectious disease consultant. 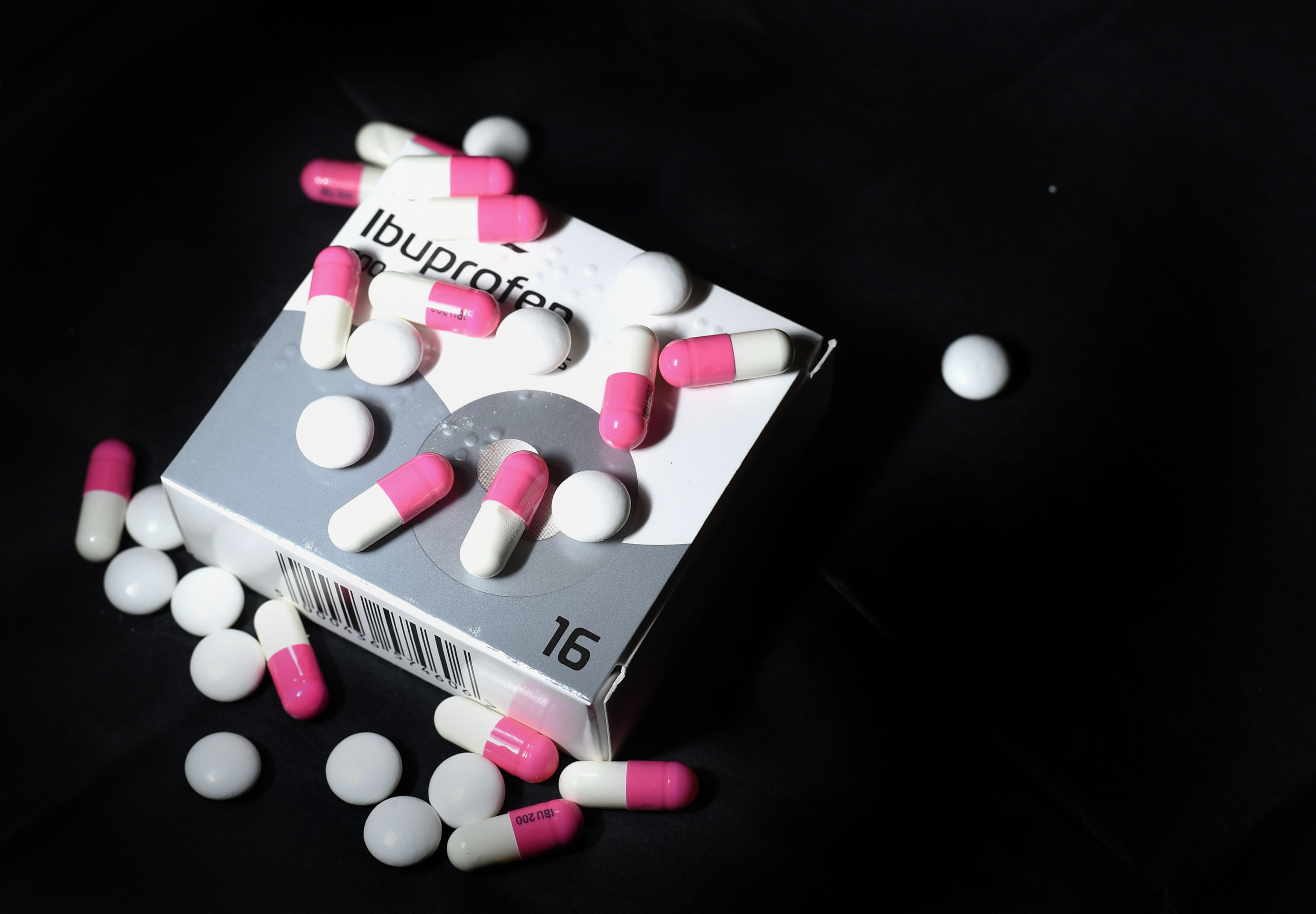 It claims that the group of "healthy" teenagers were in an intensive care unit (ICU) in Cork having taken anti-inflammatories.

The post has also popped up in other places claiming the youngsters are from France, Germany or China.

However, it's been discredited as "fake news" by the BBC's science and environment editor Tom Feilden.

He told the Today programme: "There have been a number of salacious stories circulating on social media.

"Most of them seem to start with the reference to a doctor I know or a doctor in the family has told me. 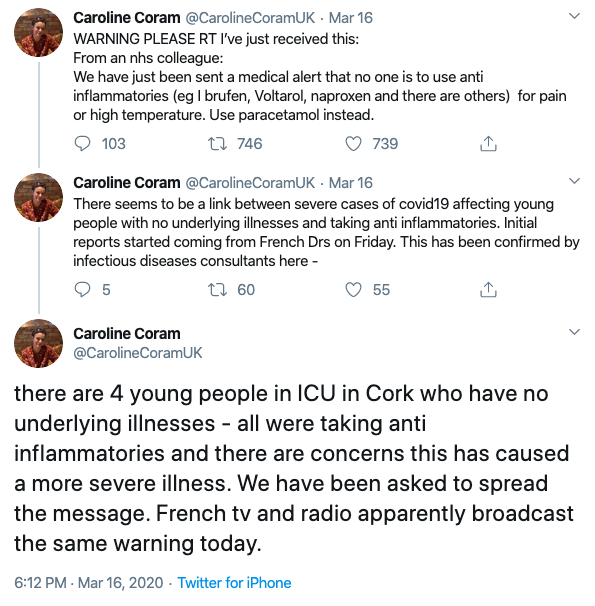 "A few of them seem to involve four healthy teenagers and seem to be popping up all over the world – some of them are in Cork, France, Germany and in China.

"They had no underlying medical conditions at all and took ibuprofen or another non-steroidal inflammatory drug to help with the symptoms when they contracted coronavirus and have all ended up in intensive care.

"They are all fake news. None of the relevant authorities when you try and pin down a location can find these people."

It comes amid concerns that anti-inflammatories like ibuprofen can aggravate coronavirus symptoms, especially for people with conditions like asthma, heart and circulatory problems.

Tap to see where COVID-19 is near you

The NHS has also updated its guidance – until last week it said that both ibuprofen and paracetamol could be taken to alleviate symptoms of coronavirus.

However, the now the updated NHS guidance states: "There is currently no strong evidence that ibuprofen can make coronavirus worse.

"But until we have more information, take paracetamol to treat the symptoms of corornavirus, unless your doctor has told you paracetamol is not suitable for you."

Take paracetamol to treat the symptoms of corornavirus, unless your doctor has told you paracetamol is not suitable for you

It follows advice from the government's chief scientific adviser Sir Patrick Vallance who has suggested people should not take the drug to treat Covid-19.

During a hearing of the Health Select Committee on Tuesday, he said: "The ibuprofen example – it may or may not be right, I don't know, but the sensible thing to do would be to say don't take it at the moment, take something else – paracetamol or something." 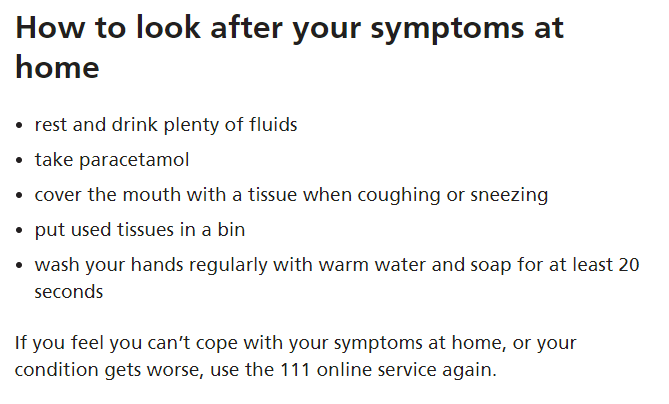 And a British man also warned people not to give coronavirus-infected children ibuprofen as it may make their symptoms worse.

Dan Milner, from Bristol, said his four-year-old stepdaughter's condition rapidly deteriorated after she took the drug in liquid form at the weekend.

The number of people killed by coronavirus in the UK has hit 71 while cases exploded by 407 to 1,950 yesterday in the biggest single leap in patients with the killer bug in one day.