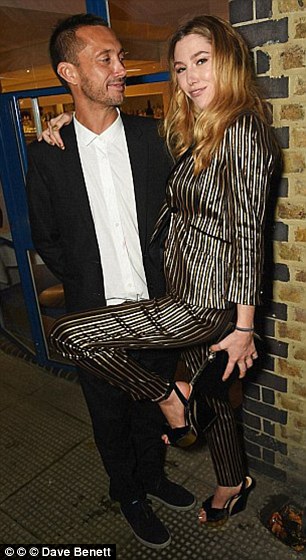 A socialite partied and took drugs for two hours with a mystery visitor in her private psychiatric hospital room the day before she died, a pre-inquest review heard.

Daisy checked into the hospital as an ‘informal patient’ just months after publishing heir finance Dan Macmillan who has dated Kate Moss & Jade Jagger called off their engagement in July.

This meant she was not sectioned under the mental health act and Westminster Coroner’s Court heard Daisy had started a relationship with another patient at the hospital.

But Miss Boyd’s newest lover – who is now no longer a patient – and others were too frightened to give evidence about this unidentified visitor, the hearing was told.

A pre-inquest review today heard the visitor – who only signed into the visitor books as ‘AR’ – also allegedly dropped a bag of cocaine in the reception area on the day of the visit to Miss Boyd.

Miss Boyd’s mother Lucy Boyd told the hearing: ‘When I was speaking to the patient Daisy was supposed to be having a relationship with who was at the Nightingale – I spoke to him in the retrospect when he was no longer a patient – and I said “please can you tell me whatever you know”.

‘He was scared about talking, and the other patients were scared of the person who signed in and dropped a bag of cocaine. 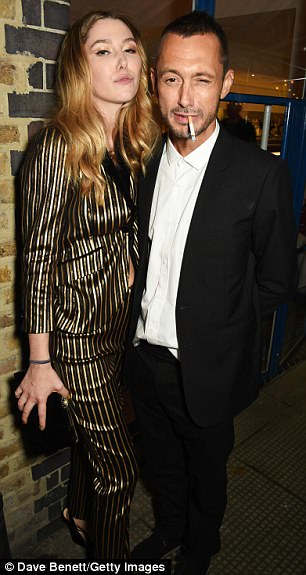 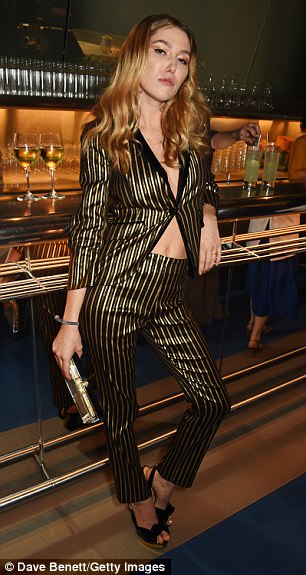 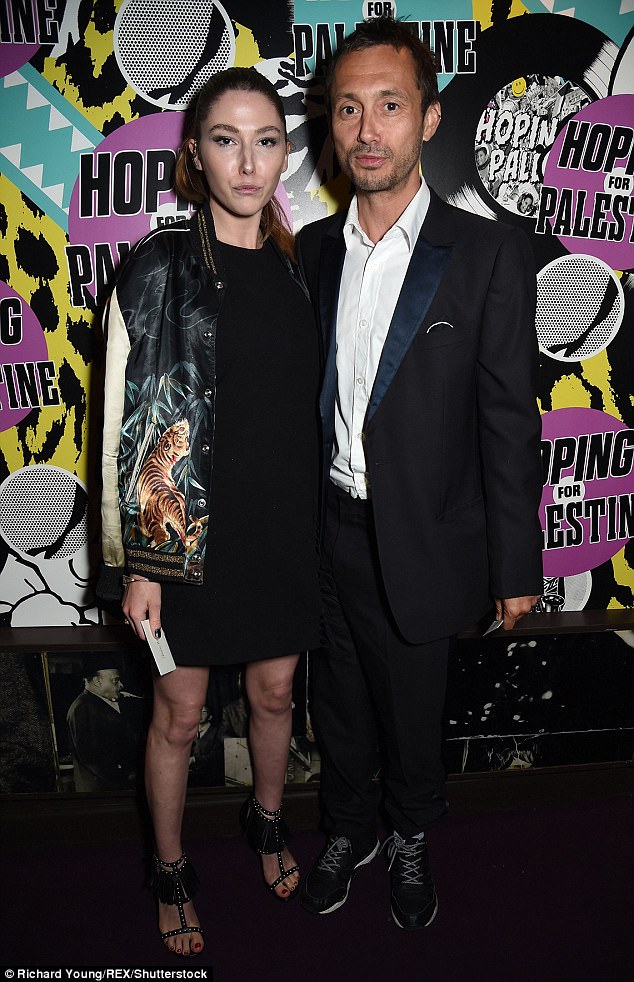 ‘Daisy was there to be safe and we know having access obviously was a contribution to her death.’

She continued: ‘I had a conversation with one of the other patients and my daughter did as well, they said that Daisy had this visitor on the 4 October.

‘I think it was in the afternoon.

‘That’s about as much as I know. I think he stayed for a couple of hours according to them.’

Assistant Coroner Shirley Radcliffe said: ‘There isn’t any other entry for Miss Boyd other than AR at 5.30pm.’

Mrs Boyd’s new partner, Charles Pullan added: ‘He came with a girlfriend and partied with Daisy for two hours, with drugs.’ 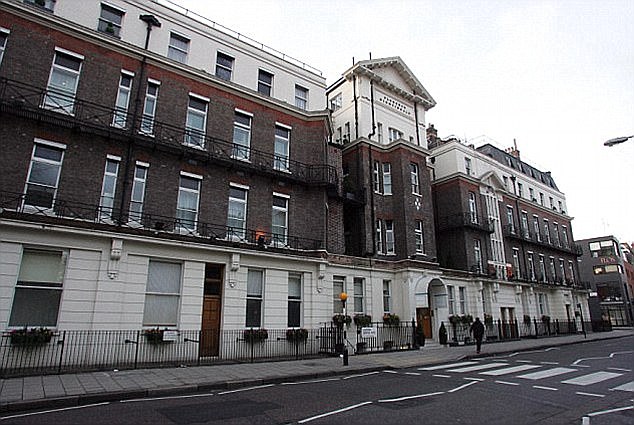 Staff from the Nightingale (pictured) including nurses who cared for Daisy and the nurse who gave her CPR on 5 October, are expected to be among witnesses who give evidence

The coroner agreed the hospital should look through CCTV to find evidence of a visitor dropping a bag of cocaine on the floor on 4 October.

She also said the inquest will look into security policies and procedures for allowing vulnerable patients to have visitors.

Dr Radcliffe said: ‘It will be looking at the suitability of visitors, who can and can’t see patients and the observation and the visit on the ward that allowed two hours of partying.

‘Clearly no-one forced her to have the drugs but clearly the hospital would have to consider the ability of people to come on to the ward with drugs and use the drugs.’

The family said they believed that other patients were aware that drugs were coming into the hospital.

At a previous review in March, the court heard that cocaine and a razor blade were found in Daisy’s room at the hospital before her death. 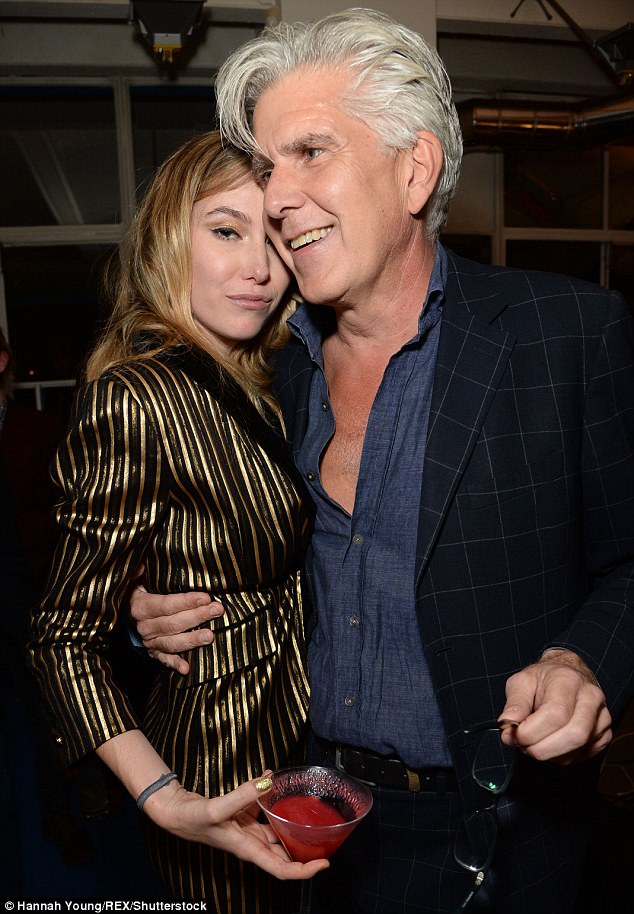 Daisy is pictured with her father Tim at her engagement party in October 2016.

Dad Tim Boyd said at the time: ‘She had been in possession of cocaine and a razor blade prior to this visit and she was certainly showing other patients that she had cocaine after that visit.’

Daisy may also have been battling an eating disorder prior to her death, Mr Boyd added.

Mr Boyd said today: ‘Daisy admitted to us that she had some cocaine and a razor blade, we asked a nurse and she responded by saying drugs are not for sale.

‘There was no concern about how it got in or anything of that kind, it was purely a defensive reaction.

‘It’s extremely alarming in terms of the security of the hospital.’

Dr Radcliffe said: ‘I will ask the hospital to give details of the security.

‘When there’s a lot of patients and a lot of people visiting patients it would be inappropriate to search all of the visitors.

But Miss Boyd’s former lover, who is no longer a patient, and others were too frightened to give evidence about this unidentified visitor, the hearing was told. Pictured: Dan Macmillan with Ms Boyd

‘But if you are a patient whose vulnerable and on the ward you would want to be careful about people bringing in ligatures, or plastic bags, or razor blades, things that they can use to harm themselves.

‘If a patient had a history of using illicit substances we want to be careful of visitors on the ward. Security on the front desk is key.

‘Anyone entering the hospital should be clearly identified. That’s something we want to know about.’

The coroner added it was ‘disappointing’ the private hospital had not disclosed information the court and family had asked for four months ago.

She said: ‘I think what I have said is the scope of the inquest covers the essential points from the letter that was written to the court by Mr Boyd.

‘The Nightingale representative who was here last time was Nurse Galasso.

‘I directed her to prepare a bundle of medical records and a bundle of nursing statements as soon as possible. I don’t think we have got that.

‘The other thing I tasked Miss Galasso with was to make inquiries about the reception procedures, because one of the concerns is that there was an entry in the visitors book.

‘A visitor visiting Miss Boyd and the initials and all that was in the visitors book was AR.’

Staff from the Nightingale, including nurses who cared for Daisy and the nurse who gave her CPR on 5 October, are expected to be among witnesses who give evidence.

A specialist paramedic has also been asked to prepare a report for the coroner in light of the family’s concerns about conflicting evidence from London Ambulance Service about rigour mortis setting in as CPR was conducted.

Mrs Boyd said: ‘The paramedic said his assumption was that rigour mortis had set in at 7.50pm, we would just like as much clarification as we can.’

Dr Radcliffe said: ‘I’m going to ask him if him if he could give any indication as how to explain the fact that clearly her jaw was stiff when they tried to incubate her.

‘He may just be able to give some general information.’

A third pre-inquest review was set for September 7.

The two-day inquest will take place two weeks later, on September 19 and 20.