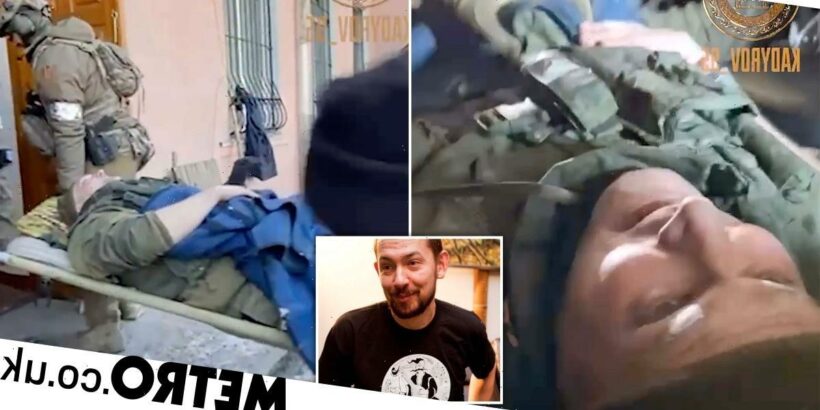 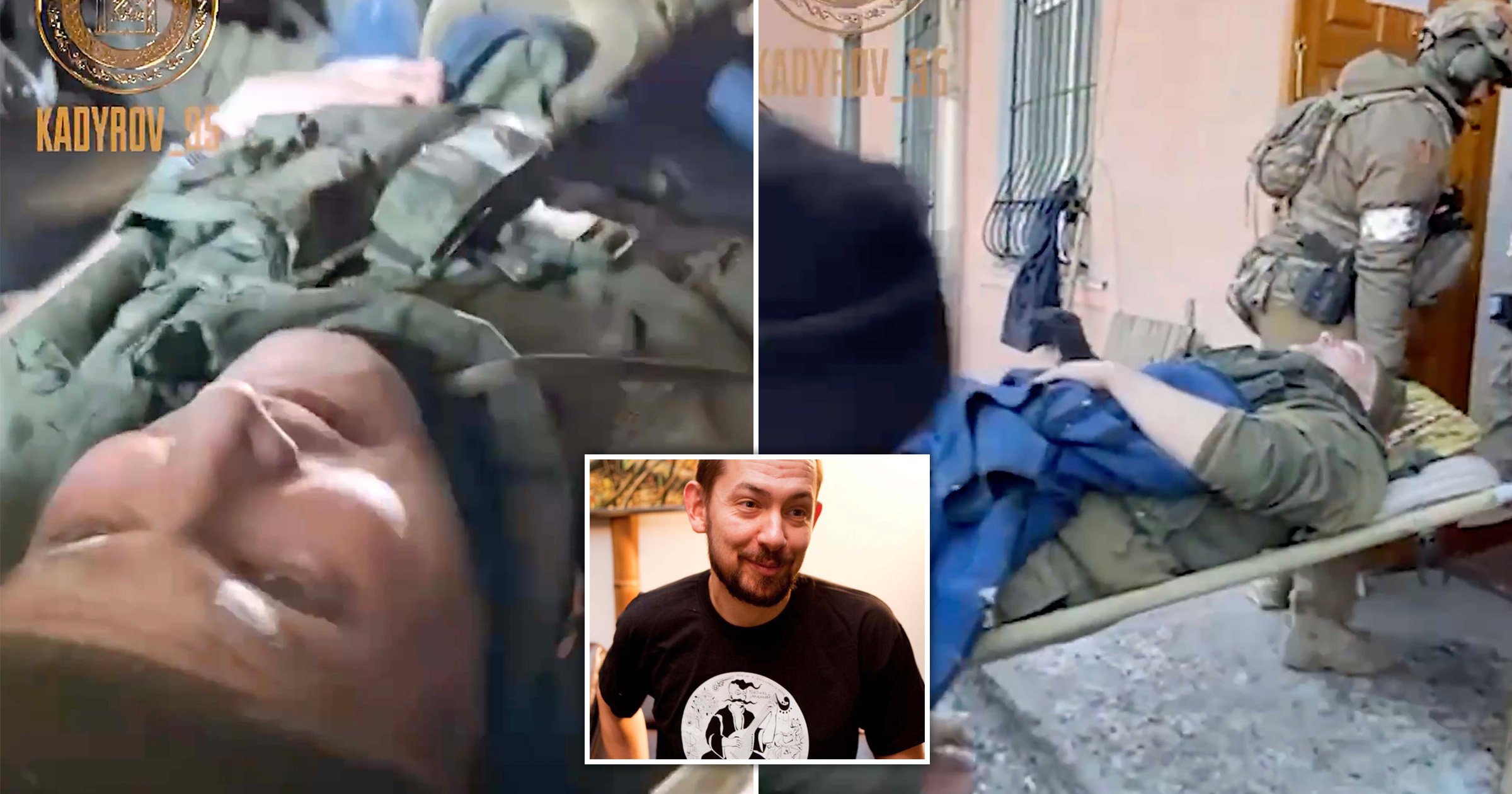 A Russian soldier drove a tank into his colonel’s legs after losing hundreds of his comrades in the war in Ukraine, it has been claimed.

Colonel Yuri Medvedev was seen being carried on a stretcher across the border in Belarus in footage released by Moscow two weeks ago. At the time, Russian forces said Medvedev had been wounded in battle.

But now Ukrainian journalist Roman Tsimbalyuk has said Medvedev was run over by one of his own men.

According to Mr Tsimbalyuk’s version of events, Medvedev suffered injuries to both his legs after a soldier blamed him for the deaths of his colleagues.

The assault allegedly happened after 50% of around 1,500 troops were reportedly injured or killed while fighting in the Ukrainian city Makarov under Medvedev’s leadership.

Medvedev is said to be recovering in hospital in Belarus where he was awarded the Order of Courage.

It is unknown what happened to the soldier who has been accused of turning on his own colleagues.

It comes as several reports suggest growing dissent among Russian soldiers, who are believed to have called the invasion a ‘s******w’ and a ‘madhouse’ in intercepted radio messages. 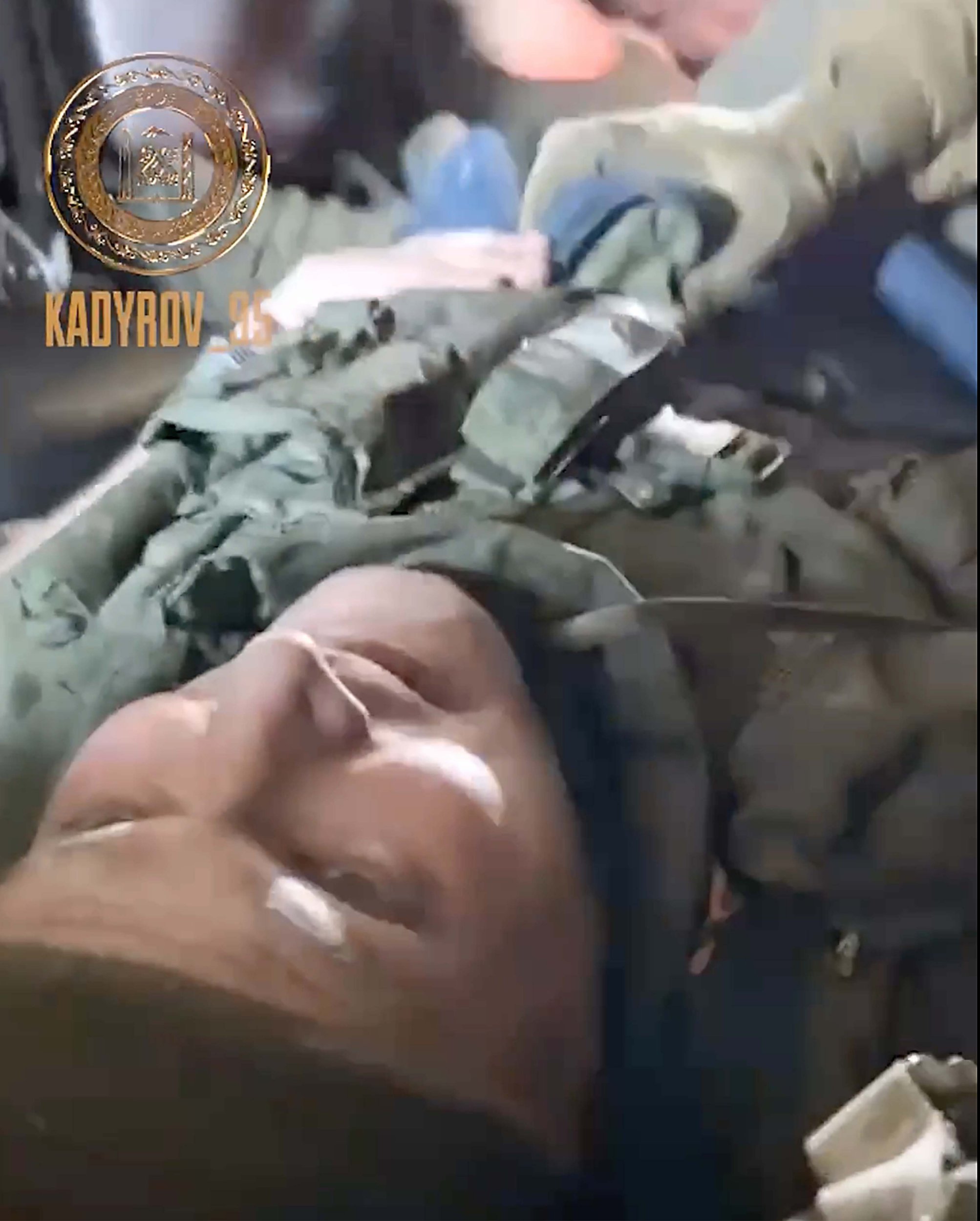 Moscow initially appeared to admit some 9,861 soldiers had died while 16,153 were injured.

The shocking death toll was published on a pro-Kremlin website and then quickly deleted on Monday.

Vladimir Putin’s plan to take Ukraine has met much more resistance than expected.

Kyiv is still standing, despite being the focus of the assault for some time, and Ukrainian troops have put up a fierce fight in other parts of the country. 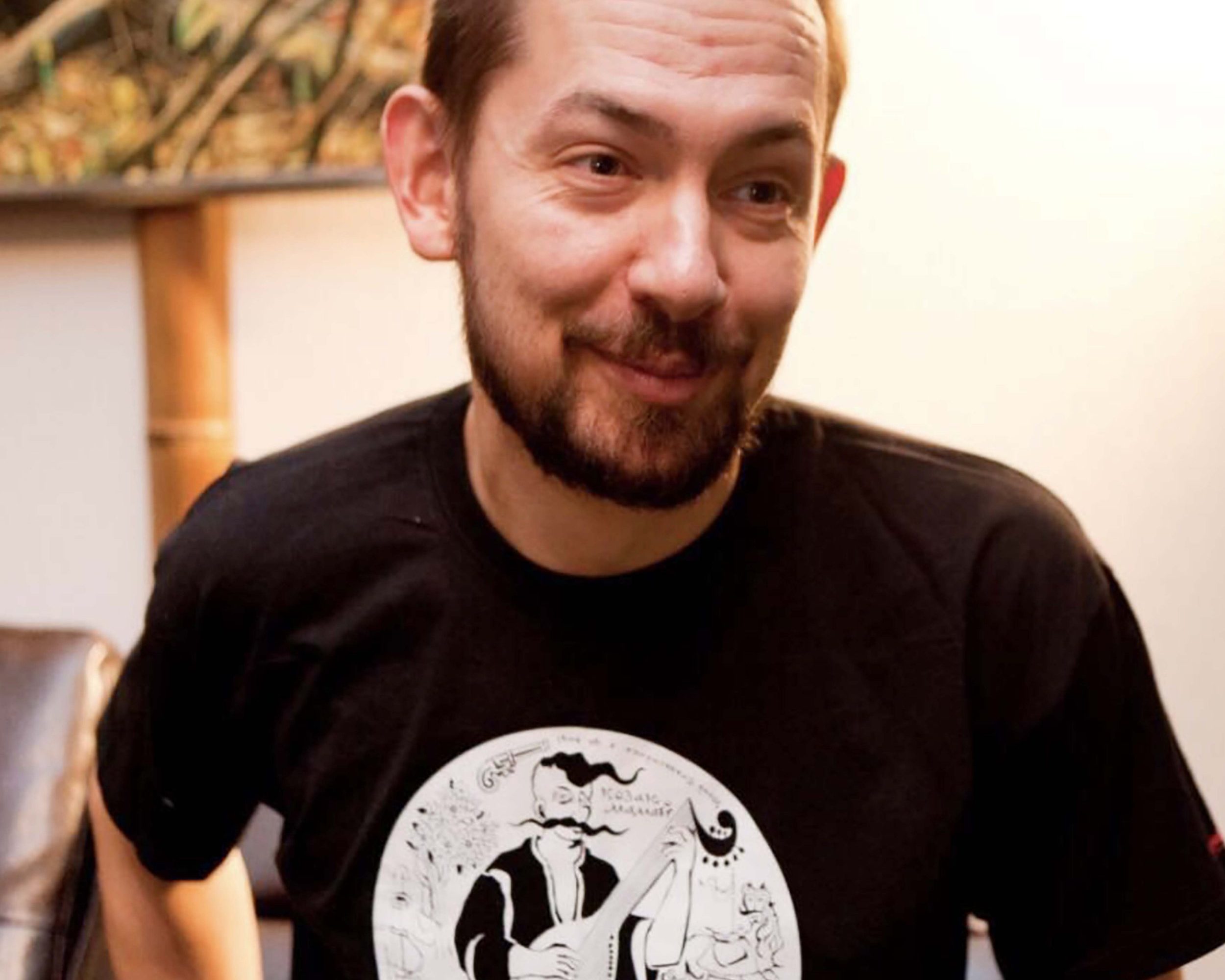 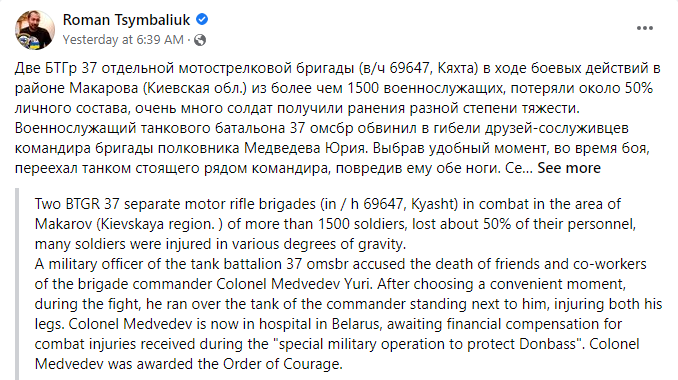 But Putin’s army is still wreaking devastation on the citizens of Ukraine, with the city of Mariupol reduced to ‘ruins’ in weeks.

Ukraine president Volodymyr Zelensky has urged Moscow to allow people stuck there to evacuate as they have been left without food, medicine, electricity or running water.

There are fears Russia may soon resort to using chemical weapons to speed up its take over of Ukraine.

US president Joe Biden said Putin’s ‘back is against the wall’ which may push him to use ‘more severe tactics’.

Nato members are set to agree to provide Ukraine with new equipment to defend the nation against chemical, biological and nuclear attacks.

The alliance’s Secretary-General Jens Stoltenberg said: ‘Russia must stop its nuclear sabre-rattling. This is dangerous and it is irresponsible.

‘Any use of nuclear weapons will fundamentally change the nature of the conflict, and Russia must understand that a nuclear war should never be fought and they can never win a nuclear war.’