Ben Armstrong says his crisis of conscience came in January of this year, when he realized he had to stop a business practice he — and a lot of other people in his line of work — had been engaged in for years.

Armstrong is one of the most-watched crypto influencers on YouTube. His channel, BitBoy Crypto, has amassed more than 1.5 million subscribers. For years, Armstrong said he accepted payments from crypto companies to tout their new products for his vast audience of subscribers. That’s a practice he says he now regrets because it led to some painful losses for his own viewers.

In the fall of 2020, Armstrong announced his partnership with a cryptocurrency called DistX, calling it his most trusted coin. He said the whole idea of DistX was to stop scams in crypto — but Armstrong said in the end, the project itself ended up being a scam. The project team rug pulled, meaning they worked to increase the market cap then disappeared — leaving investors holding the bag. The coin is now down 99%, valued at less than a penny.

While he was accepting paid promotions, Armstrong said he previously made more than $30,000 for a single endorsement, which included his promotional video for DistX, and could easily make more than $100,000 per month in promotions alone.

Armstrong now says he feels responsible for the losses suffered by his followers. “I mean, of course, I do,” he said. “I hate it when we talk about stuff that didn’t do well.”

While Armstrong says he stopped accepting paid promotions in January, other influencers still swarm this lucrative market. CNBC found that some of these online personalities get paid thousands to endorse dubious projects. This spring, an anonymous blockchain sleuth posted a list on Twitter naming 44 YouTube crypto personalities and their prices for paid promotions. Some of these influencers were paid as much as $65,000 for a single promotional video, according to that list.

Armstrong says he used the money he made from the promotion of DistX to refund his followers after the coin crashed, adding that he felt particularly guilty for how heavily advertised it was on his channel. However, he says that is the only project in which he intervened in that way after investors lost money taking his advice.

While Armstrong does disclose that he is not a trained financial professional, many of the ventures he’s promoted have plummeted. After other cryptocurrency ventures like Ethereum Yield, Cypherium and MYX Network dropped in value, he deleted the promotional videos for them off his channel.

CNBC reached out to these influencers on the list to verify their fees: Some said the prices were inflated, and those willing to share their pricing said they made a minimum of $1,000 for each promotional video.

Unlike Armstrong, who says he disclosed all of his paid promotional videos, some influencers don’t share that they’re getting handsomely paid to plug projects. According to Armstrong, many of the companies that contacted him while he was collecting fees for endorsements didn’t want him to tell his viewers the content was sponsored.

Armstrong said that five years ago many influencers would not disclose that they were paid to plug projects, but most influencers today are upfront about promotions with their viewers.

But state regulators warn that there are still influencers who lack transparency. Joe Rotunda, the director of the enforcement division of the Texas State Securities Board, said he’s seen paid promotions that are not only undisclosed but are pushing fraudulent ventures.

Rotunda and a team of regulators recently filed enforcement actions against two casinos in the metaverse, the new digital frontier where users can attend virtual concerts, purchase digital assets or even gamble at a casino. The actions cited Flamingo Casino Club and Sand Vegas Casino Club, accusing them of trying to defraud retail investors by selling unregistered securities. 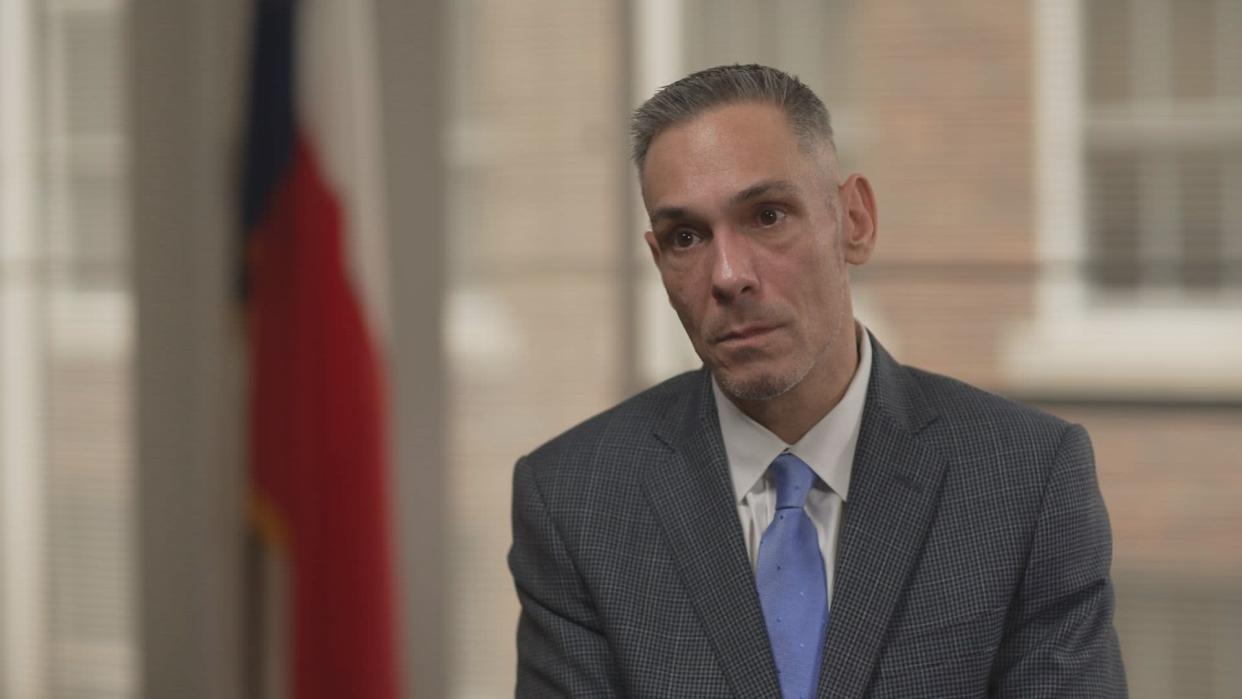 “We have to identify the frauds that are out there, especially the frauds tied to the metaverse,” Rotunda said.

The cease-and-desist order against Flamingo Casino Club said one of the influencers promoting the casino was “recruiting promoters to engage and pay him to advertise their products through his YouTube channel.” He also found messages on a popular chat platform that said one of these influencers “brought in a lot [of investors] from their videos.”

CNBC reached out to the two influencers mentioned in the enforcement action as promoting the metaverse casinos accused of defrauding investors about whether they have taken undisclosed payments for promotion.

The influencer known as FLOZIN said he wasn’t paid for his endorsement, but it appears he deleted his promotional video after CNBC started asking questions. The Dream Green Show, the second influencer, did not respond to CNBC’s request for comment.

Questionable promotions aren’t just happening through crypto influencers on YouTube. The House Ethics Committee announced in May that it was investigating potentially improper cryptocurrency promotions by Rep. Madison Cawthorn, a Republican from North Carolina.

Disclosures released after the committee’s announcement reveal Cawthorn bought between $100,000 and $250,000 worth of “Let’s Go Brandon” cryptocurrency. He was seen in a photo with the coin’s co-founders on Instagram the next week, commenting “Tomorrow we go to the moon!” News broke the next day of a sponsorship deal with a NASCAR driver, causing the price of the coin to jump 75%.

Cawthorn, who lost his primary election in May, said he sold between $100,000 and $250,000 of the coin the day after the rally. Within the next few weeks, NASCAR rejected the deal and the value of the coin collapsed.

Taylor Monahan, product lead at the digital currency wallet called MetaMask, said she is “viciously opposed” to all partnerships with crypto influencers.

“I would urge anyone, even if they consider themselves legitimate, to not form these sort of faux partnerships,” Monahan said. 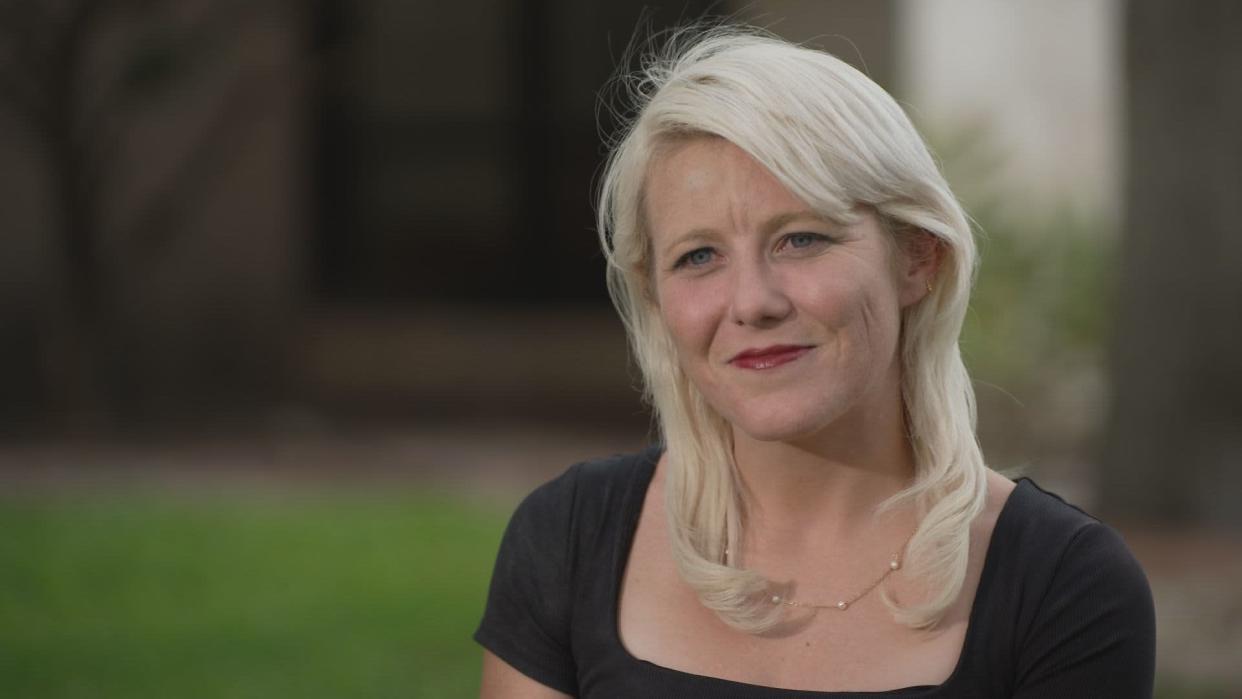 Monahan said she’s hesitant to support banning online promotions because of the negative effects she’s seen from limiting and regulating cryptocurrencies. Instead, she says the crypto community could band together to call out partnerships and make them less common.

Armstrong said the decision to stop paid promotions has taken a burden off him because he can post freely. But he said he does understand why others continue to create sponsored videos.

“Obviously, we did it for a long time, because it’s a good way to build your business,” Armstrong said. “But you just have to do it in an honest way.”

Rotunda warned that the more interest grows for decentralized currencies and the metaverse, the more scams will pop up. Regulators, he said, need to focus on digital asset transactions because there’s more crime yet to be detected.

“What we’re seeing is the tip of the iceberg,” Rotunda said.

Still, the paid promotions business isn’t what it was in 2021, with the crypto market down 49% year to date. Armstrong said that in a bear market less legitimate crypto influencers could face more scrutiny and ghost their subscribers.