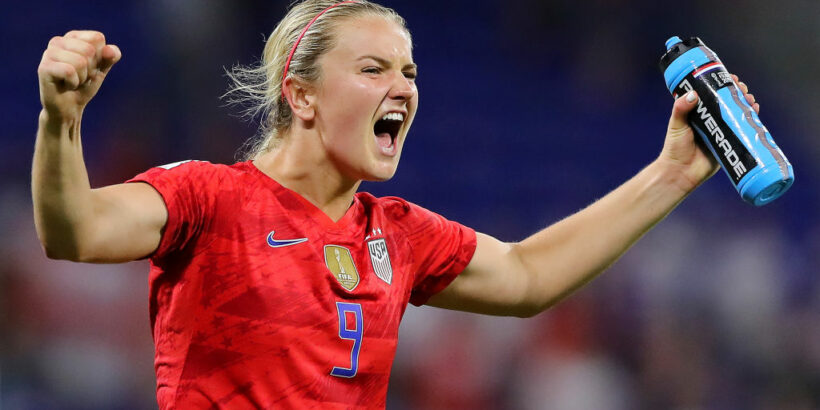 If all goes as planned, three Coloradans will head south of the border next month with the United States Women’s National Team as it attempts to qualify for the 2023 Women’s World Cup.

A fourth will join the team for training camp and a pair of friendlies, including a stop at Dick’s Sporting Goods Park on June 25.

On Monday, USWNT coach Vlatko Andonovski released his 23-player roster for the CONCACAF W Championship in Mexico from July 4-18, an eight-team tournament that will determine bids for the 2023 World Cup and 2024 Summer Olympics in Paris. Sophia Smith (Windsor), Mallory Pugh (Highlands Ranch) and Lindsey Horan (Golden) were among those selected for that squad.

One other connection to the Centennial State: first-time call-up Taylor Kornieck, a University of Colorado standout (2016-2019), is part of the qualifying roster.

The 23-player roster is as follows:

“Since we were last together in April, we’ve been evaluating a lot of games and hours of video and have had extensive conversations among the coaching staff to arrive at this 26-player roster for the Colombia games and the final 23 for qualifying,” head coach Vlatko Andonovski said in a statement. “As usual, the players don’t make these decisions easy, but we feel this is a roster that can accomplish all of our goals over the four weeks we will be together for what we hope will be seven successful games.”

Two automatic World Cup berths are up for grabs in Mexico, with two other nations getting spots in an intercontinental playoff.

The road to the World Cup in Australia and New Zealand will begin without some key players. Catarina Macario tore an ACL last week in her final game of the season for Olympique Lyonnais in France, while Christen Press hurt her knee on Saturday and had to be helped off the field for Angel City FC. Also out are defender Tierna Davidson, midfielder Samantha Mewis and forward Lynn Williams.

If there are any remaining injuries to the Concacaf W Championship roster, Andonovski can choose from a 59-player preliminary roster up to 24 hours before the first match.

The CWC roster is telling for a few reasons. For as many young breakout stars as there are, plenty of familiar faces remain. Sauerbrunn, Morgan, Rapinoe, O’Hara and Horan have 100 caps or more, while 13 players have 27 or less, and eight are in single digits. Ten of the 23 have World Cup and Olympic qualifying experience.

The changing of the guard has been a positive for Colorado’s budding stars, and it’s certainly appearing on the scoresheet. Three Coloradans have scored 9 of 28 USWNT goals in 2022. Pugh leads the way with five, followed by Smith (3) and Howell (1).

The game in Commerce City will mark the first match since U.S. Soccer reached an historic agreement last month to pay the men’s and women’s teams equally as part of their collective bargaining agreement, the first governing body in the world to do so.

There are 1,000 tickets remaining, according to U.S. Soccer. Tickets can be purchased here.