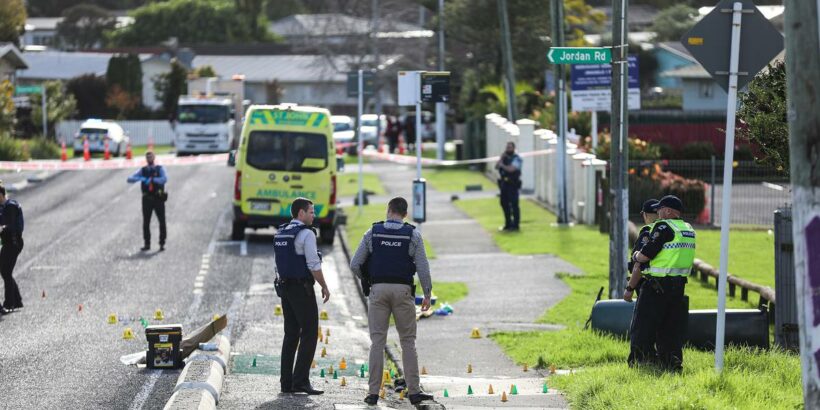 A 21-year-old has been charged in relation to a hit-and-run death in South Auckland yesterday.

Police confirmed the man has been charged with failing to stop and ascertain injury over the incident in Māngere.

He is due to appear in the Manukau District Court today.

Police have carried out and completed a scene examination at the site of the incident on Thomas Rd.

“But police remain present at the nearby address that we attending following the incident.”

The identity of the man who died has yet to be released.

Police said a post-mortem examination is to be carried out today.

Bright said detectives are still working through speaking with “a large number” of people to figure out the circumstances of the incident.

A number of vehicles have also been seized as part of the investigation, she said.

Locals are told to expect police presence in the area over the coming days, police said.

The arrest comes after police were called to Thomas Rd just before 12pm yesterday, after reports a man had been hit by a vehicle which then allegedly left the area immediately afterwards.

Streets in the south Auckland suburb were cordoned off for much of the afternoon.

Armed police were posted Pukaki Rd, about five minutes down Massey Rd from the scene of the incident.

One witness saw up to 20-30 people restrained across two scenes, amid a heavy police presence of about 15-20 officers.

He said a car had pulled out from a house and was revving its engine on the street.

“I heard the tyre noises,” the witness said.

Then two men began smashing the car with what the witness believed was a rock and iron rod.

The person inside the car fled into a house.