The navy issued the threat when it responded to a tweet by China’s Global Times, the mouthpiece of the ruling Chinese Communist Party (CCP). The newspaper posted a message boasting about Beijing’s “wide selection” of weapons including “aircraft killer missiles”. The Global Times tweeted: “China has a wide selection of anti-aircraft carrier weapons like DF-21D and DF-26 ‘aircraft carrier killer’ missiles.

“South China Sea is fully within grasp of the PLA; any US aircraft carrier movement in the region is at the pleasure of PLA: analysts.”

The Global Times included photos of some of the weapons used by the PLA (the People’s Liberation Army), China’s armed forces.

America’s Navy hit back by tweeting: “And yet, there they are. Two USNavy aircraft carriers operating in the international waters of the South China Sea.

“USS Nimitz and USS Ronald Reagan are not intimidated.” 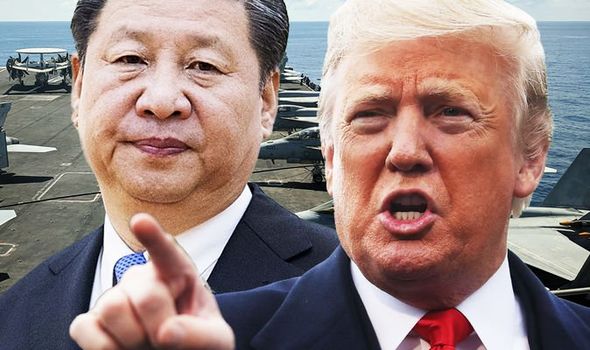 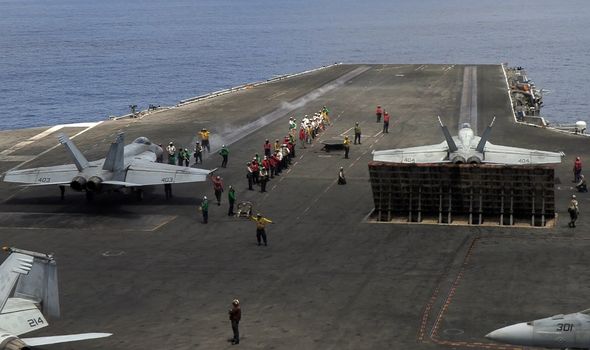 The Navy added the hashtag #AtOurDiscretion.

Both aircraft carriers have been deployed to the South China Sea to take part in military exercises.

Both vessels are nuclear-powered.

The deployment is seen as a show of force by the Americans in the face of an emboldened China. 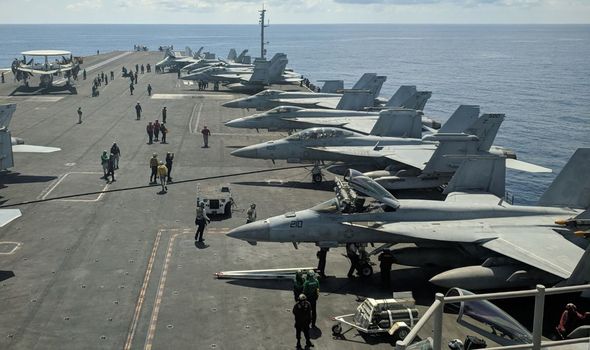 The two powers have clashed over the coronavirus pandemic and also the ongoing issues in Hong Kong.

Meanwhile, the Chinese Navy is busy conducting drills of its own. 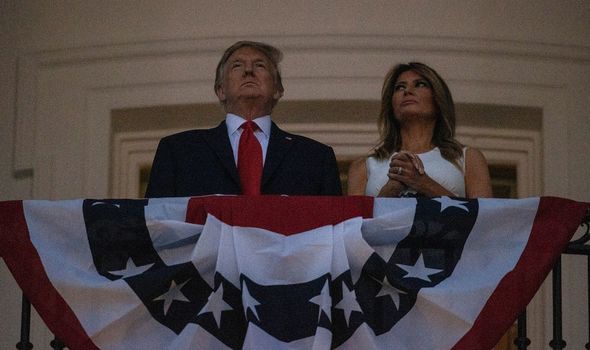 The area of focus is around the contested Paracel Islands, near to where China conducted similar live fire drills last summer.

The US has also criticised China’s decision to carry out military drills near the islands.

The US Navy conducted exercises in the South China Sea last weekend.

The drills were aimed at “showing the flag” to the Chinese, according to an expert. 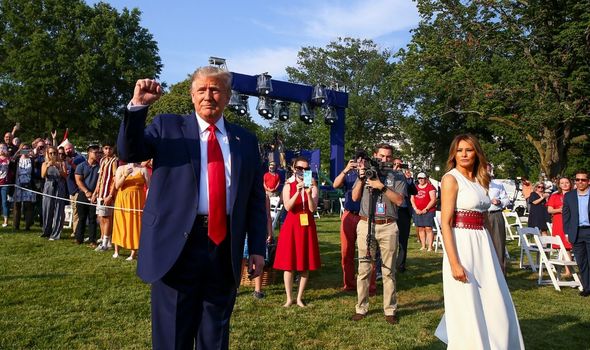 Gregory Poling from the Centre for Strategic and International Studies told CNBC: “The US wants to send a message that it’s not backing down, and that it’s still able to do this.”

He added: “This is about the US saying that we are still in the region.”

The US Navy said the two aircraft carriers conducted operations and exercises in the sea on Saturday, July 4, “in support of a free and open Indo-Pacific”.