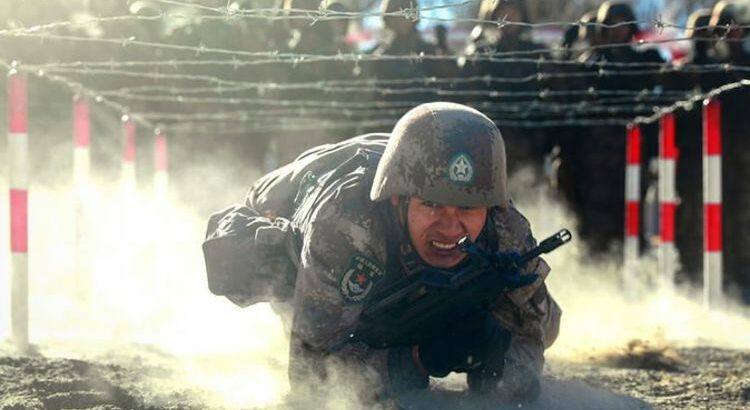 According to the state-run China Global Television Network (CGTN) learning English is “essential” for Chinese forces and “must be picked up”. A recent military exercise saw Chinese troops use English when dealing with their “enemy”.

Beijing has made a number of territorial claims, most notably over the South China Sea and Taiwan, which are disputed by western nations.

Tensions between China and the US surged during Donald Trump’s presidency, with the two superpowers clashing over trade, coronavirus, human rights and territorial disputes.

Speaking to CGTN Liu Chuanming, a Chinese officer stationed on the Paracel Islands in the South China Sea, said language skills are vital to avoid misunderstandings.

He commented: “We must ensure that our intentions can be accurately conveyed, thus we need to improve our level of English.” 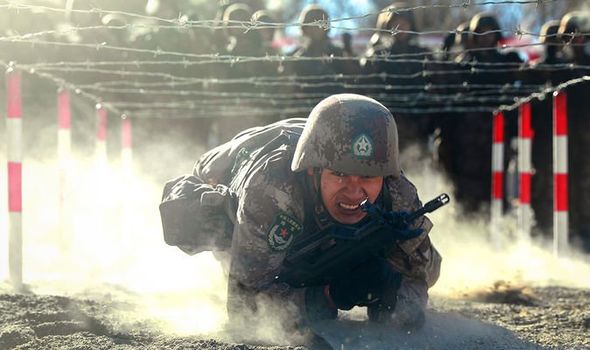 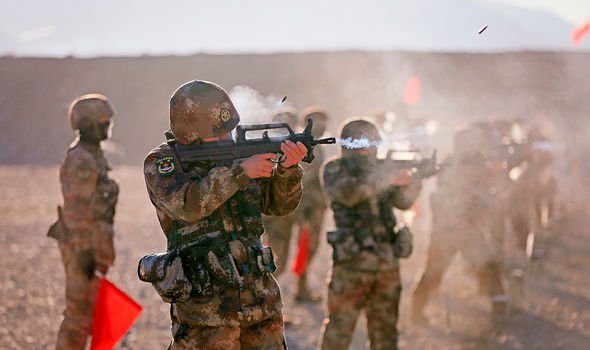 The CGTN report added: “In recent years, countries and forces outside China have been provoking troubles and creating tensions in the South China Sea.

“The naval forces in the Southern Theatre Command are at the forefront of safeguarding rights as well as maintaining regional peace and stability in the South China Sea.”

According to the South China Morning Post Chinese forces used English during a recent military drill on the Paracel Islands.

The paper claims speaking English one soldier said: “You are surrounded. Surrender.” 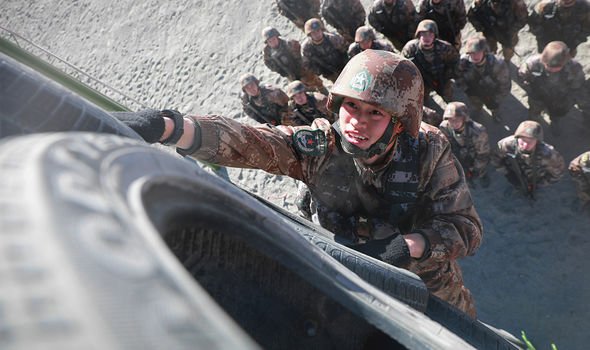 Beijing’s claim of sovereignty over the South China Sea, the world’s busiest shipping route, overlaps with rival claims from six of its neighbours.

The United States refuses to recognise Chinese sovereignty and regularly sends warships on “freedom of navigation” missions through the disputed territory.

In December the USS John S. McCain, a destroyer, passed near the Spratly Islands as part of such a mission.

In response the Chinese military dispatched ships and aircraft to monitor the American vessel. 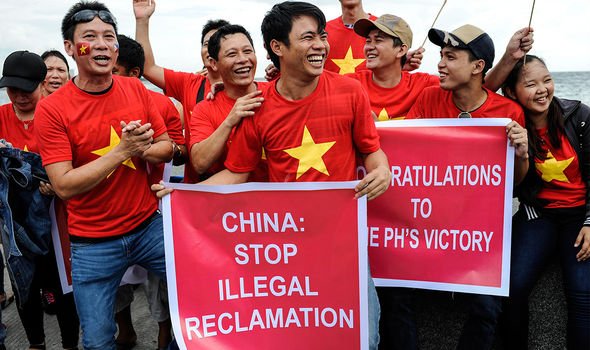 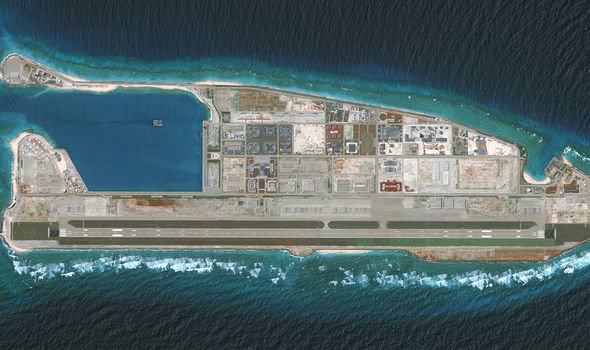 China also claims sovereignty over the island nation of Taiwan, a US military ally.

Beijing has repeatedly refused to rule out resolving the dispute with force.

Writing in the Wall Street Journal he said: “The intelligence is clear: Beijing intends to dominate the US and the rest of the planet economically, militarily and technologically.”

Mr Ratcliffe also alleged China had been “conducting human testing” on its troops in the hope of creating “soldiers with biologically enhanced capabilities”.

Joe Biden, the incoming US president, has accused Beijing of using “abusive practices”.

Speaking to the New York Times he said: “The best China strategy, I think, is one which gets every one of our – or at least what used to be our – allies on the same page. 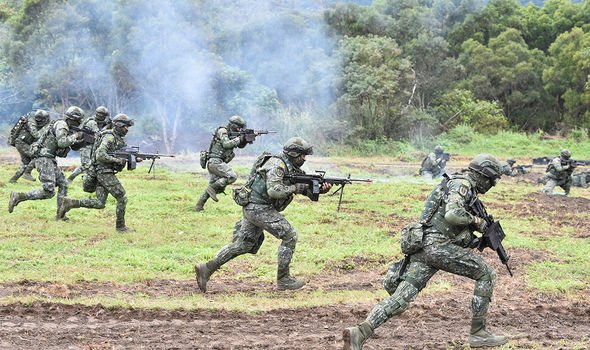 “It’s going to be a major priority for me in the opening weeks of my presidency to try to get us back on the same page with our allies.”

The US has also imposed sanctions on a human of Chinese figures it alleges are involved in the persecution of Uyghur Muslims in the west of the country.

Over a million Uyghurs, and other Muslim minority groups, are reported to be being held in “re-education camps” in the region.