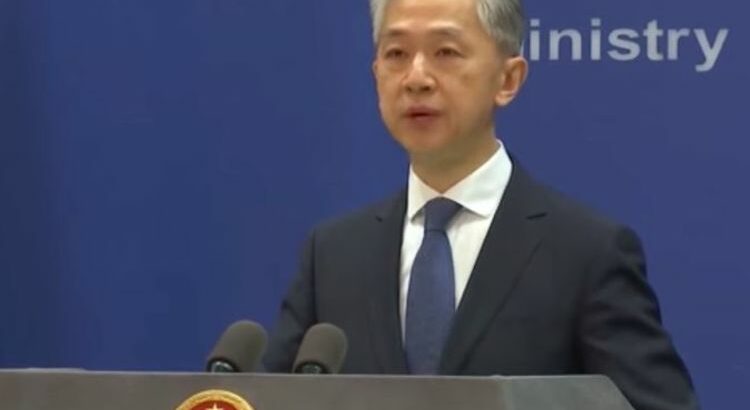 China hits back at accusations of spying on Asian neighbours

The Chinese Ministry of Foreign Affairs has struck back at a report by the US-based cybersecurity company Recorded Future which highlighted allegations from several Asian countries that suspect they are being spied on by China. Recorded Future’s report listed evidence of state-sponsored hacking by China against Beijing’s rivals in the South China Sea region such as the Philippines and Indonesia.

Philippines Armed Forces spokesperson Ramon Zagala told Al Jazeera: “We take it seriously, and this gives us some situational awareness.

“We have measures in place to ensure our security, the security of our vital systems.”

China in response had dismissed the report as politically motivated.

Beijing’s Ministry of Foreign Affairs spokesperson, Wang Wenbin told a recent press conference: “China opposes and cracks down on all kinds of hacker attacks in accordance with the law.

JUST IN: Putin starts countdown to war as major naval strait blocked off

This position is always clear.

“At the same time, we firmly oppose spreading false information for political purposes, misleading the international community and instigating relations between other countries.

Analysts have told Al Jazeera that a regional approach to counter cyberattacks is needed.

Chester Cabalza said: “As long as we don’t have the regional framework on securing our cybersecurity.

“Definitely China will take advantage of this vulnerability of the region.

The South China Sea has been a recent hotbed for regional tensions as China looks to expand claims on the territory.

China has clashed with the Philippines repeatedly over contested islands and coral reefs in the sea while also putting pressure on neighbouring Taiwan.

In response to the growing aggression by Beijing Taiwan has welcomed the recent AUKUS alliance between Britain, Australia, and the United States.

He said: “So now in Asia and Indo-pacific, there are QUAD [Quadrilateral Security Dialogue], including Japan, India, Australia and the United States.

“And now AUKUS, it’s like old allies and the new layers on that.”