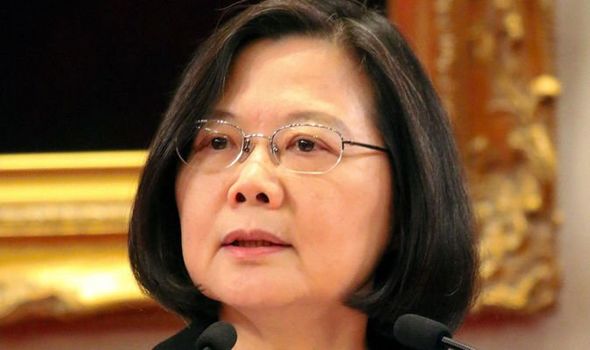 She warned China that Taiwan would deter military aggression in the Taiwan Strait when she addressed reporters a national security meeting. Her stern message came just days after the US unanimously backed legislation support Taiwan. She said: “The Chinese Communist Party continues to demonstrate provocative actions in the Taiwan Strait, destroying the status quo across the Taiwan Strait.”

Members of the US Congress pushed the law through in a bid to gain a sharper approach to relations with Beijing.

Taiwan has been embroiled in a spat with China and faces military and diplomatic pressure from Beijing.

Taiwan, the US and China have also been stuck in a longstanding divide over the controversial and rich South China Sea. 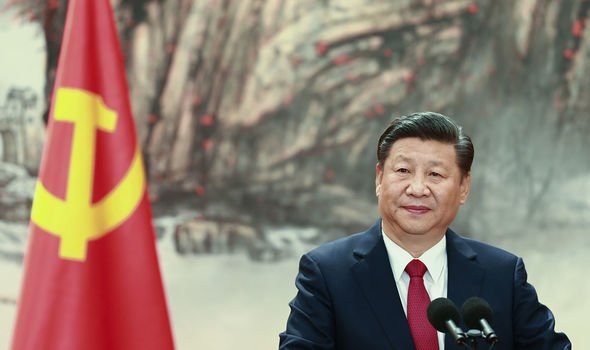 But amid a backdrop of growing anger over trade tariffs between the US and China, Washington’s decision could intensify already fraught relations.

China confirmed that its vice premier Liu He would visit Washington on Friday, in a bid to generate a deal that could avoid heavy tariff increases ordered by US President Donald Trump.

The House voted 414-0 for the proposal which cements the US’ commitment to Taiwan.

The move reflects US concern over any efforts from China to influence Taiwan. 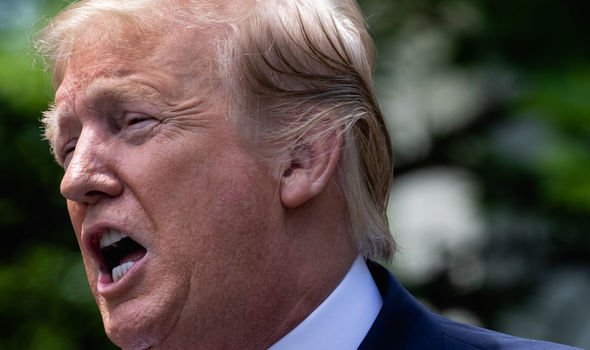 Washington has no formal ties with Taipei, but is bound by law to help provide the island with the means to defend itself and is its main source of arms.

On Sunday, Trump announced a plan to raise tariffs on $200billion worth of Chinese goods to 25 percent from 10 percent by the end of the week.

The threat of higher tariffs came after US Trade Representative Robert Lighthizer claimed China had reneged on previous commitments to end the trade war.

Mr Lighthizer told reporters: “Over the course of the last week or so we have seen an erosion in commitments by China.

“That, in our view, is unacceptable. We’re not breaking off talks at this point.”

He also warned that the tariffs would come in place by Friday.

For decades the Taiwan and China have endured an uneasy truce, which came about after they split following the civil war in 1949.