The book revealed that US defence secretary James Mattis warned his Chinese counterpart “if you want to fight, I’ll fight,” back in 2018. The explosive claim was made in a new book about Donald Trump’s administration by celebrated journalist Bob Woodward.

For his book Mr Woodward interviewed a number of top former and current administration officials, including President Trump 18 times.

This took place shortly after the USS Decatur, an American destroyer, nearly collided with a Chinese warship in the South China Sea.

The US claimed the Chinese vessel came within 41 meters of USS Decatur whilst Beijing argued the American ship had moved into its territorial waters. 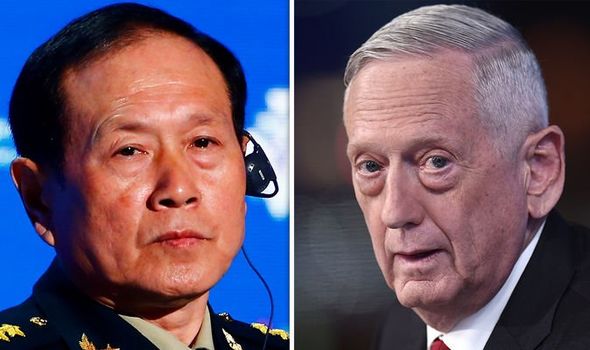 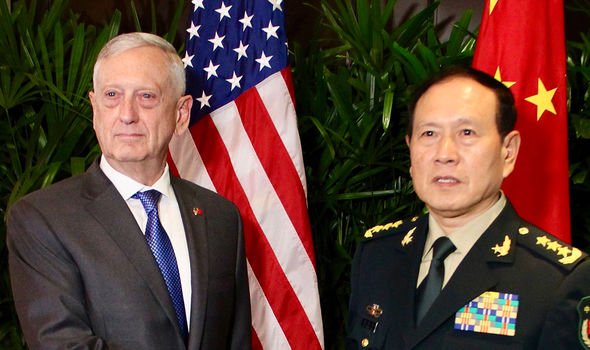 Beijing claims control of much of the South China Sea, the world’s busiest shipping lane.

However, its claim overlaps with those of five of its neighbours including Vietnam, Taiwan and the Philippines.

The United States refuses to recognise Chinese control over the area.

To illustrate this American warships, as well as those of other western powers, frequently pass through the South China Sea on ‘freedom of navigation’ patrols. 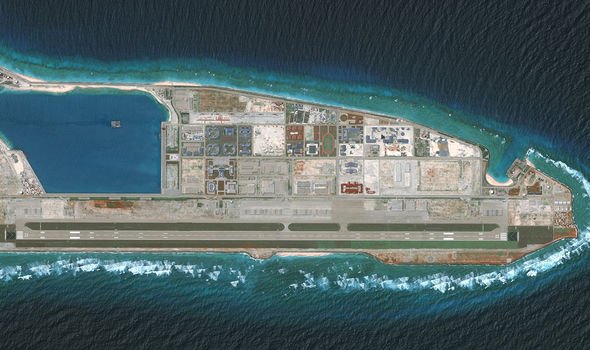 During their meeting on November 8 General Mattis warned his Chinese counterpart the dispute had the potential to escalate into global conflict.

Referring to the two world wars he said: “Are we going to be as stupid as the Europeans, and twice in the 20th century light the world on fire?

“Or are we not going to do that?

“Look if you want to fight, I’ll fight. I’ll fight anybody. 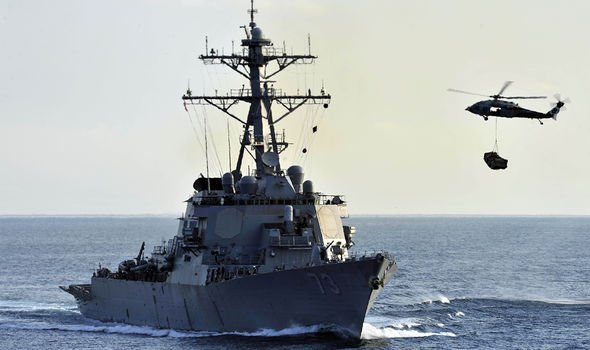 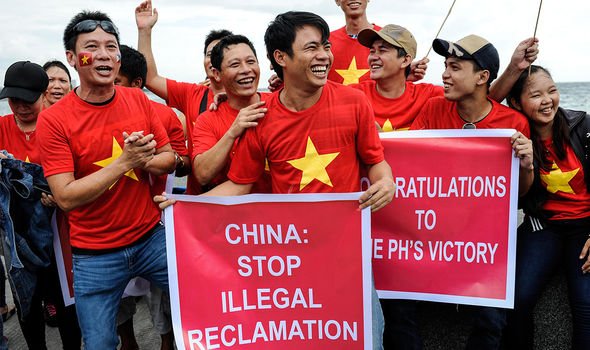 “I’ve written enough letters to mothers. I don’t need to write any more.

“And you don’t need to write them, either.”

Mr Woodward, who first rose to prominent whilst covering the Watergate scandal, has written a number of books on US presidencies.

His latest work, titled ‘Rage’, was released this month.

In 2018 he published ‘Fear: Trump in the White House’, his first work on the Trump administration.

Speaking to Mr Wei General Mattis warned China not to seek complete control over the Pacific.

He commented: “No one country is going to dominate the Pacific. History is very 100 per cent compelling on it. 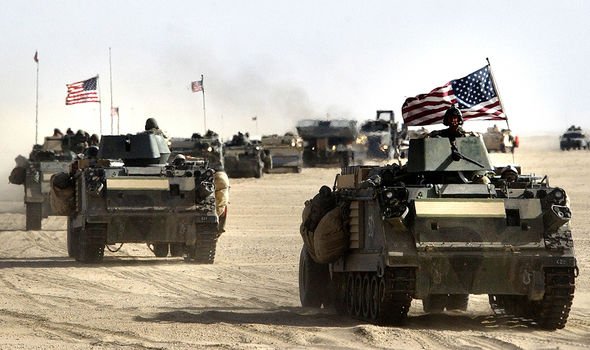 “If you think you’re going to take over the Pacific, you’ll just be the fourth who thought so.”

According to General Mattis the first three groups which sought to dominate the Pacific were European colonists, the Axis powers during WW2 and communist countries during the Cold War era.

China has been constructing military bases, including airstrips, on natural and artificial islands in the South China Sea to strengthen its claim.