Such good neighbors! After historic Korean peace talks, the South removes propaganda loudspeakers from the border while the North sets clocks back 30 minutes to match the time in Seoul

South Korea has said it will remove propaganda-broadcasting loudspeakers from the border with North Korea, as Pyongyang agrees to set clocks back half and hour to match Seoul’s time zone.

The North will shift its time zone 30 minutes earlier on May 5 to align with South Korea ‘as a first practical step for national reconciliation and unity,’ the state news agency said Monday.

The northern time zone was created in 2015 to mark the 70th anniversary of Korea´s liberation from Japanese rule after World War Two. South Korea and Japan are in the same time zone, nine hours ahead of Greenwich Mean Time. 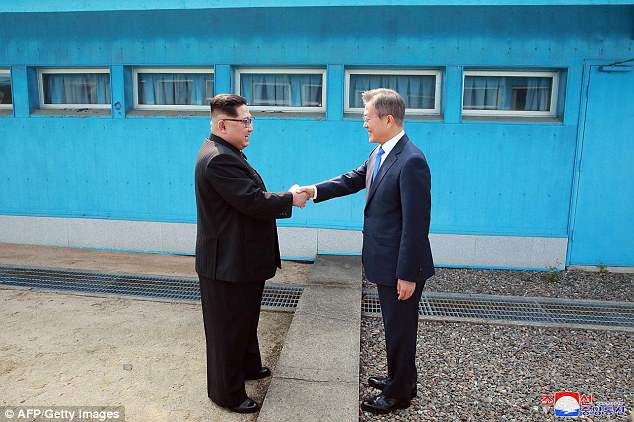 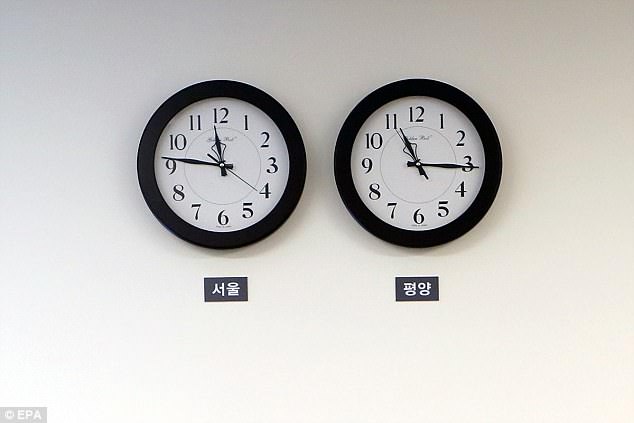 Meanwhile, Seoul’s Defense Ministry said Monday it will pull back dozens of its frontline loudspeakers on Tuesday. It says Seoul expects Pyongyang to do the same.

South Korea had turned off its loudspeakers ahead of Friday’s summit talks, and North Korea responded by halting its own broadcasts.

Seoul had blasted propaganda messages and K-pop songs from border loudspeakers since the North’s fourth nuclear test in early 2016. The North quickly matched the South’s action with its own border broadcasts.

Also on Monday, China’s foreign ministry said it will send the government’s top diplomat, Wang Yi, to visit North Korea on Wednesday and Thursday this week. 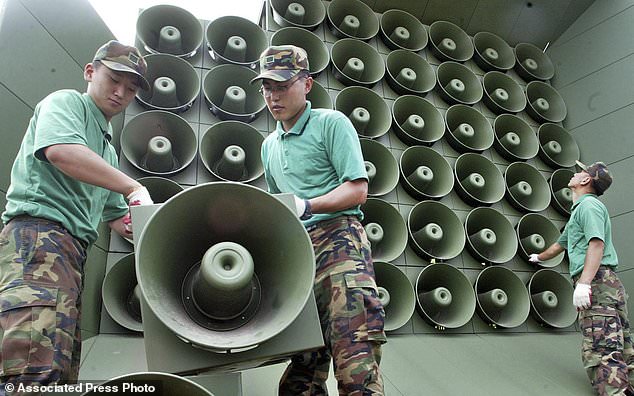 South Korean loudspeakers used for propaganda near the DMZ are seen in a file photo. The South has said it will remove the loudspeakers on Tuesday

Much now hinges on Kim’s upcoming summit with U.S. President Donald Trump, who said the meeting could happen over the next three to four weeks. No location has been announced.

Kim also told Moon he would soon invite experts and journalists from the United States and South Korea when the country dismantles its Punggye-ri nuclear testing site, the Blue House said on Sunday.

North Korea has conducted all six of its nuclear tests at the site, a series of tunnels dug into the mountains in the northeastern part of the country. Some experts and researchers have speculated that the most recent – and by far largest – blast in September had rendered the entire site unusable.

But Kim said there were two additional, larger tunnels that remain ‘in very good condition’ beyond the existing one, which experts believe may have collapsed.

U.S. Secretary of State Mike Pompeo said on Sunday he told Kim during their secret meeting at the beginning of April that North Korea would have to agree to take ‘irreversible’ steps toward shutting its nuclear weapons program in any deal with the United States.