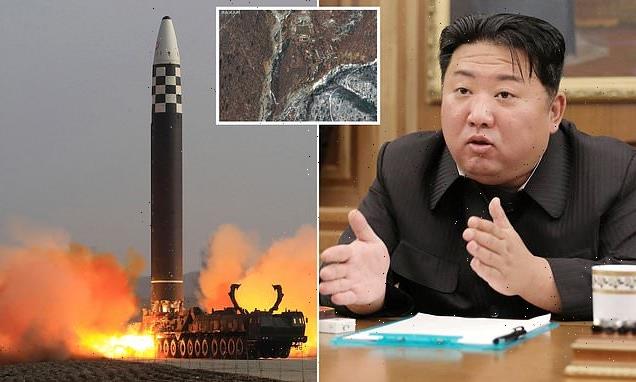 North Korea is ready to carry out its seventh nuke test at any moment on Kim Jong-un’s command, Seoul warns

North Korea has completed its final preparations to carry out a fresh nuclear blast at its underground testing site, South Korea has warned today.

Kim Jong Un now only needs to give the order for the explosion – the country’s first since 2017 and seventh overall – to be carried out, Seoul’s top diplomat has said.

‘Only a political decision’ by the Hermit Kingdom’s top leadership could now stop the test, Foreign Minister Park Jin told US Secretary of State Antony Blinken during a summit in Washington on Tuesday.

It comes after a series of escalating weapons tests by North Korea in recent months that included the launch of its huge Hwasong-17 nuclear missile in March, the largest missile of its type in the world which is capable of striking anywhere in the US. 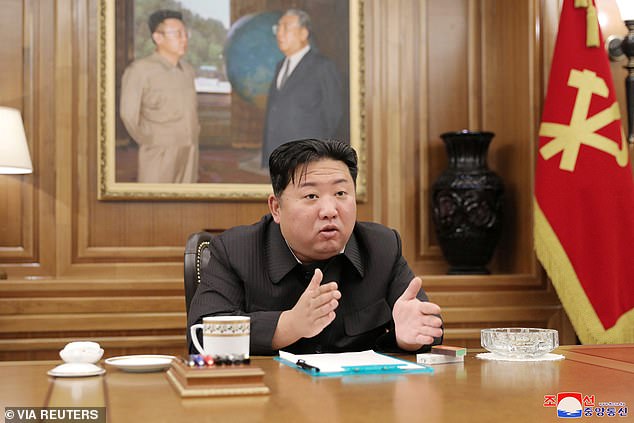 Kim Jong Un has finished preparing for a fresh nuclear test, which would be North Korea’s first since September 2017 and massively ramp up tensions with the US and in the Pacific 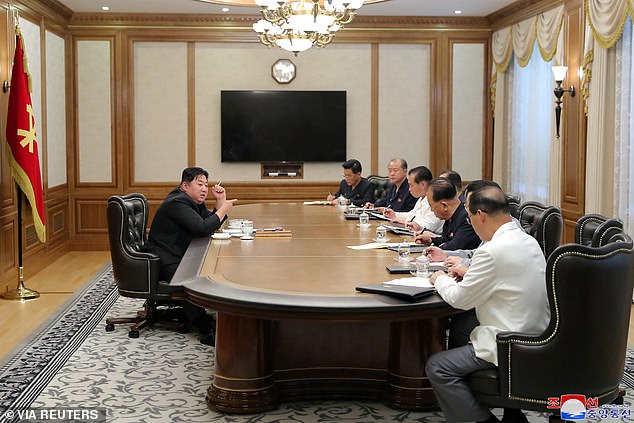 Kim (pictured chairing a meeting of top officials today) is ready to give the order to test a nuke and ‘only a political decision’ can stop it, South Korea believes

The US and South Korea have threatened additional economic sanctions as well as ‘increased’ military pressure on the North if the test goes ahead, without going into details about what exactly that would entail.

Speaking at a press conference alongside Blinken today, Park said: If North Korea ventures into another nuclear test, I think it will only strengthen our deterrence and also international sanctions.

‘North Korea should change its mind and make the right decision.’

Blinken added: “We´re preparing for all contingencies this in very close coordination with others and we are prepared to make both short and longer-term adjustments to our military posture.

‘Pressure will be sustained, it will continue and, as appropriate, it will be increased,’ he added.

Both Park and Blinken men stressed the door to negotiations without any preconditions remains open for North Korea.

On Sunday, North Korea test-fired what appeared to be artillery shells toward the sea, according to South Korea´s military, days after North Korean leader Kim Jong Un called for greater defense capability to cope with outside threats.

It is thought North Korea is ignoring requests for talks so it camp ramp up the pressure on America and its allies and negotiate from a position of strength.

Kim used the same strategy before to secure two summits with then-President Donald Trump to speak about the North’s weapons programme.

Those talks ultimately failed after Trump walked away, with Kim likely to seek a similar deal this time around – sanctions relief and security guarantees for his regime in return for an end to weapons tests and a pledge to ‘denuclearise’.

North Korea has carried out seven nuclear tests in its history, all of which have taken place at its underground Punggye-Ri detonation site, underneath Mount Mantap.

The first took place in 2006 when the country was ruled by Kim’s grandfather, Kim Jong Il, while the most-recent happened in September 2017.

Punggye-Ri was thought to have been largely destroyed in the final blast, which exploded with the force of up to 280 kilotons of TNT – almost 20 times as powerful as the bomb that levelled Hiroshima.

Satellite images showed  Mount Mantap had partially collapsed, leading to speculation that tunnels underneath it had also caved in.

Those suspicions were strengthened when, a short time later, Kim offered to mothball the site as a goodwill gesture ahead of talks with Trump. 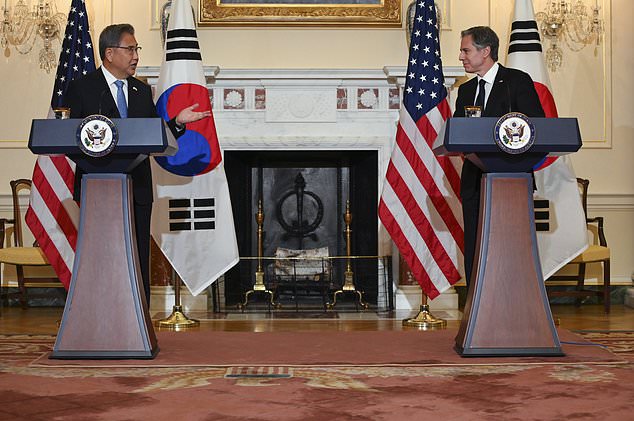 North Korean state media then showed the entrances to the site being blown up with TNT charges, along with another nuclear testing site.

But repairs have been ongoing there since at least March this year, with the US and South Korea saying these have now likely been completed.

Washington and Seoul have been taking an increasingly bullish tone over North Korean weapons tests after changes of leadership in both capitals in recent years.

When the North tested eight of its smaller missiles recently, the allies responded by firing eight of their own in response.

A day later, 20 American and South Korea fighters – including latest-generation F-35 stealth jets – took part in drills over the Yellow Sea which Seoul said was designed to test its ‘overwhelming response’ to any threats.

Experts say with its next test, North Korea could claim an ability to build small bombs that could be clustered on a multiwarhead ICBM or fit on short-range missiles that could reach South Korea and Japan.