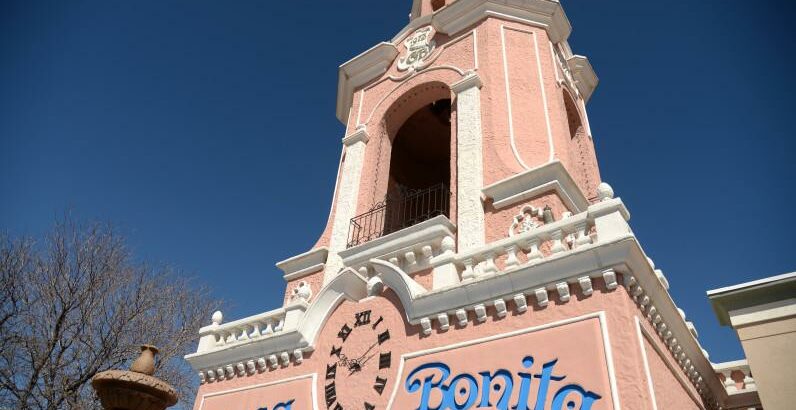 Casa Bonita will soon, officially, be in the “South Park” creators’ hands.

Keith Pizzi, a representative with the comedy duo’s company, Park County, signed the purchase agreement in U.S Bankruptcy Court for the District of Colorado accompanied by the name “The Beautiful Opco, LLC.” A search on the California Secretary of State’s Office shows that company shares the same address as Park County.

Westword first reported the purchase agreement Monday evening, which still has to be signed off on by a federal bankruptcy judge.

The buzz around Casa Bonita’s future has been palpable since Stone and Parker in July told The Hollywood Reporter that they wanted to buy the Lakewood staple.

“It’s just sitting there. It sucks,” Parker told The Hollywood Reporter. “For a moment, when it was like Casa Bonita is going to close down, we said, ‘We’re going to go buy it.’ And I felt like it was the crowning achievement of my life.”

Then the pair last month told Colorado Gov. Jared Polis in an interview that they would be buying the 47-year institution in a matter of months.

Stone promised the governor that the food, which has never been Casa Bonita’s calling card, would improve.

The restaurant has been closed since March 2020. Its owners, Summit Family Restaurants, filed for Chapter 11 bankruptcy a year later.

With its doors shuttered, the restaurant had been losing around $40,000 a month, according to court documents filed in April. Casa Bonita, which seats more than 1,000 people, takes up 52,000 square feet behind its pink palace facade, located in a West Colfax Avenue shopping center.

The restaurant’s current owners during the pandemic have come under fire for their treatment of its workers, leading to one discrimination lawsuit and multiple employees reporting unpaid wages last year following the restaurant’s COVID-19 closure.

The restaurant’s website since March has said it would be “reopening soon.” Guided tours resumed earlier in the summer as the bankruptcy proceedings continued.