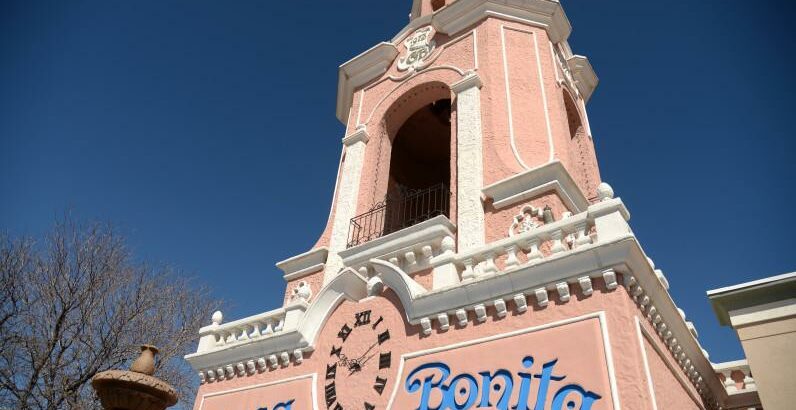 The saga of Casa Bonita continues with a pair of new  — and not exactly surprising — heroes.

On Wednesday, Matt Stone and Trey Parker told The Hollywood Reporter they want to buy the legendary Colorado restaurant, which the pair have paid tribute to already on more than one episode of their TV show “South Park.”

Most recently, the “South Park” vaccination special ended with Casa Bonita reopening in its 47-year home on West Colfax Avenue in Lakewood.

“It’s just sitting there. It sucks,” Parker told The Hollywood Reporter. “For a moment, when it was like Casa Bonita is going to close down, we said, ‘We’re going to go buy it.’ And I felt like it was the crowning achievement of my life.”

The restaurant has sat closed to diners since March of 2020, while its owners, Summit Family Restaurants, filed for Chapter 11 bankruptcy a year later, in April 2021.

Parker and Stone told The Hollywood Reporter they want to buy Casa Bonita now “and treat it right.” That includes changing the food, which has never been the restaurant’s strong suit.

The “South Park” creators also said they would partner with yet-to-be-identified “Colorado-based restaurateurs” should they be able to purchase the business.

Casa Bonita’s current owners have faced criticism for their treatment of workers before and during the pandemic, with one lawsuit filed against them for discrimination and multiple employees reporting unpaid wages in 2020 following the restaurant’s COVID-19 closure.

Since March, Casa Bonita’s website has said it would be “re-opening soon,” while guided tours in the building started earlier this summer and the ownership’s bankruptcy court proceedings continue.

Meanwhile, a Save Casa Bonita fundraiser organized by local fans and longtime Casa Bonita collaborators has raised more than $67,000 with the goal of preserving the local cultural icon for generations to come. One of its organizers, Andrew Novick, said he and his team were shocked to hear the news on Wednesday. He said the Save Casa Bonita group has been trying to contact Parker and Stone for a year for help on their endeavor.

“If anything, I would hope that they would contact us to include us in the future of Casa Bonita,” Novick said. “We have done a lot of work around bringing it to local ownership.”

This is a developing story.

Subscribe to our food newsletter, Stuffed, to get Denver food and drink news sent straight to your inbox.