Travelers who "wanna get away" will have a new option on Southwest Airlines next year.

In a presentation to investors Wednesday, the airline announced that it will introduce a "new fare product" midway through 2022.

The fares will appear in a fourth column alongside Southwest's current Wanna Get Away, Anytime and Business Select offerings.

Details are still under wraps, but Southwest Executive Vice President and Chief Commercial Officer Andrew Watterson said it will be above the airline's lowest priced Wanna Get Away category and offer enhanced attributes "customers will happily pay a little bit more" for.

He stressed that the new product will not take anything away from other fares but offer something more. It will be available across all channels for business or leisure. Southwest also announced a new co-brand loyalty agreement with Chase, which is expected to contribute to the airlines' profitability. Details were not revealed on that either.

►Couple surprised luggage overweight: Their dog snuck in a boot

No new destinations were announced for next year.

Watterson said Southwest was probably done with new airports for a while.

Instead, the airline plans to focus on maturing the 18 new markets it has added since 2020 as well as its Hawaii service. 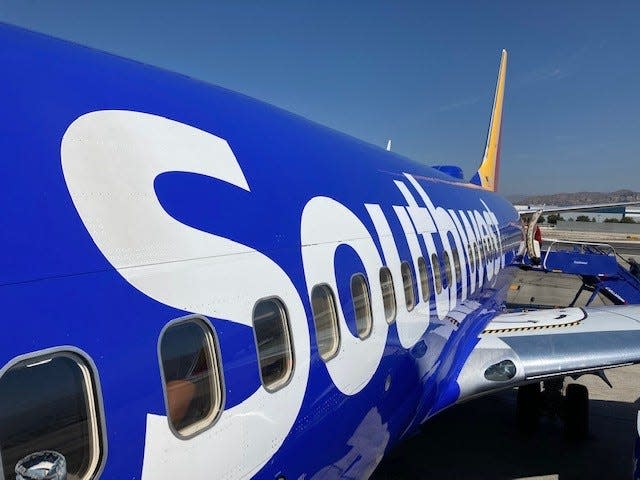 He noted the airline has not stopped service to any of its destinations amid the pandemic.

Kelly said he's confident incoming CEO Bob Jordan will take the airline to even greater heights when he retires in February. Kelly will continue to serve as chairman.

►Cheap tickets, tiny airports: What it's like to fly new budget airline Avelo

Jordan, who is currently an executive vice president, said he's already taken over day-to-day operations. He called the new role a joy he doesn't take for granted and thanked Kelly, who he called a mentor, sponsor and friend for 34 years.

While Jordan said he expects 2022 to still be choppy and a time for rebuilding, he said Southwest remains committed to the vision of being "the world's most loved, most efficient, and most profitable airline."

“While are there are things to work on, as you've seen, we are not reinventing the company,” Jordan said. “There's no doubt the pandemic has been hard. … I'm happy that we are emerging but we are positioned as a company to emerge even better coming out of the pandemic.”

Heads of the company acknowledged that new COVID-19 waves and variants make predictions difficult.Barring unforeseen circumstances, the airline expects to report a profit in its fourth quarter and throughout next year, according to Executive Vice President and CFO Tammy Romo. The airline also expects to add at least 8,000 jobs next year.

►Banking fees: Chase adds tools to help customers avoid overdraft fees – but it's not eliminating them