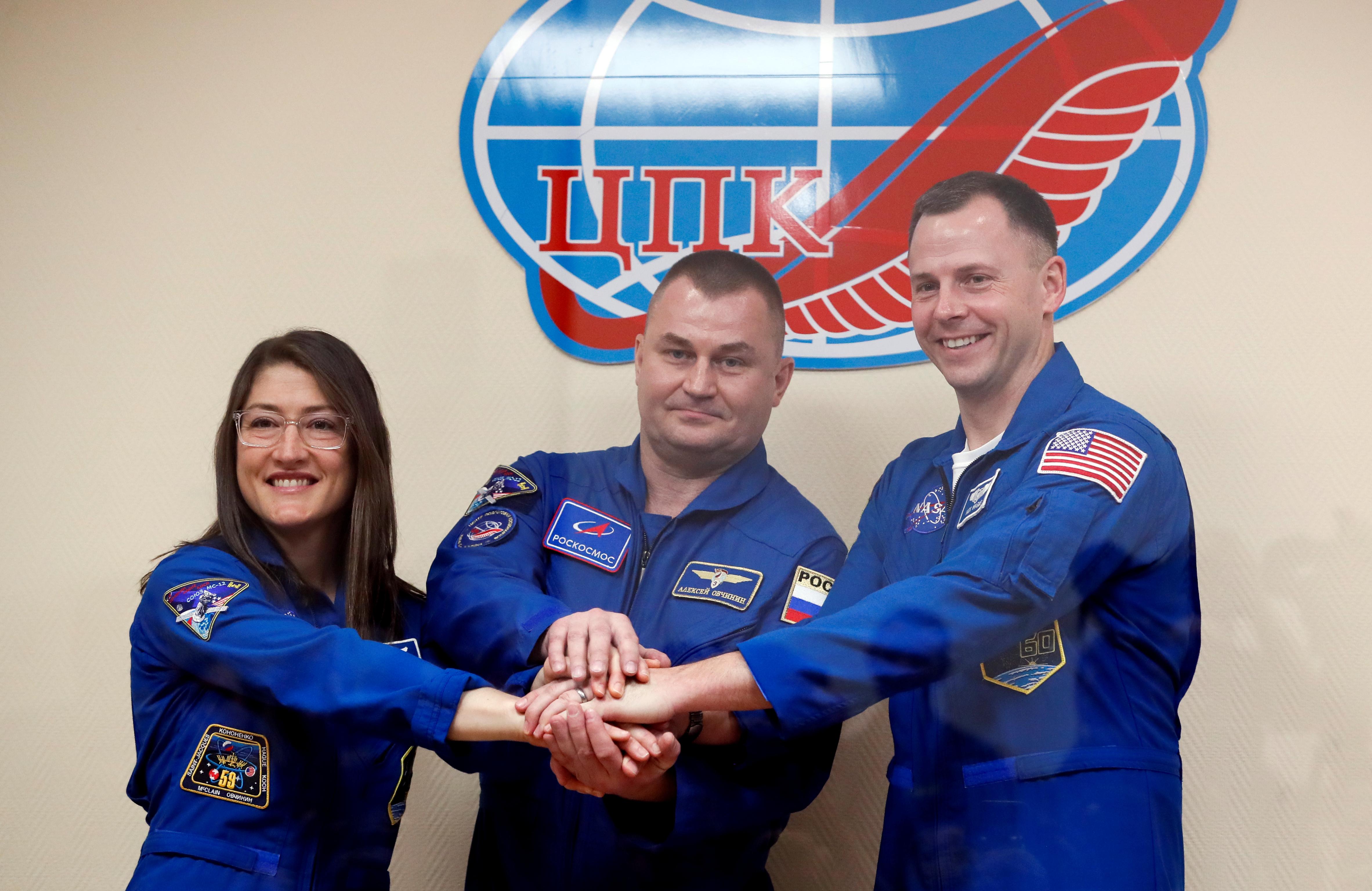 MOSCOW (Reuters) – Two astronauts who survived a dramatic launch mishap in October said on Wednesday they were confident this time about reaching the International Space Station, though they said a small fault had been discovered on their rocket during final checks.

Russian cosmonaut Alexei Ovchinin and U.S. astronauts Nick Hague and Christina Koch are due to blast off from the Baikonur Cosmodrome, Kazakhstan, at 00:14 local time on March 15 (1514 EDT on March 14).

For Ovchinin and Hague, it will be the first flight since a sensor failure two minutes after they blasted off in a similar launch on Oct. 11 forced them to perform an emergency landing.

Speaking at a news conference in Baikonur, Ovchinin said a small fault had been discovered in their Soyuz-FG launch vehicle on Tuesday, but had been fixed.

“They held preliminary and final checks yesterday. There were more checks today and the rocket is fully ready. There is no problem and there is nothing to worry about,” Ovchinin said.

Hague said the rocket failure in October and the successful emergency landing in which neither he nor Ovchinin were physically hurt had shown that the rocket was “able to do its job”.

“So, I’m one hundred percent confident in the rocket to deliver us to the space station and bring us home safely,” he said.