There are now fears the infestation could spread across southern Europe as authorities in the Spanish capital struggle to tackle the unwelcome insect invasion. Officials said strick stay-at-home order meant municipal workers had been unable to carry out their usual tasks clearing the banks of rivers and canals where the blackfly breed.

The insects live alongside canals and rivers and lay their larvae in vegetation in contact with fresh water as temperatures rise throughout spring and early summer.

The large number of insects this summer has led to a surge in emergency services call-outs to deal with bites and allergic reactions in neighbourhoods such as Valdebebas, San Fernando de Henares and Coslada on the outskirts of Madrid.

Health chief said members of the public were advised to wear long trousers and socks and light-coloured clothing whenever possible as the blackfly is attracted to dark surroundings. 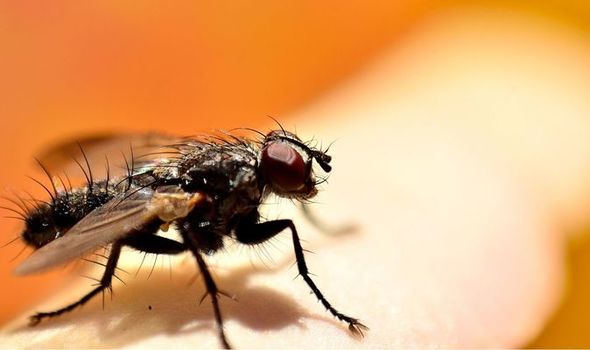 Blackfly are tiny, wasp-like creatures measuring between 3mm and 6mm but can give a nasty bite which usually causes swelling and skin irritation.

The insects are attracted to humans because they need blood to lay their eggs. 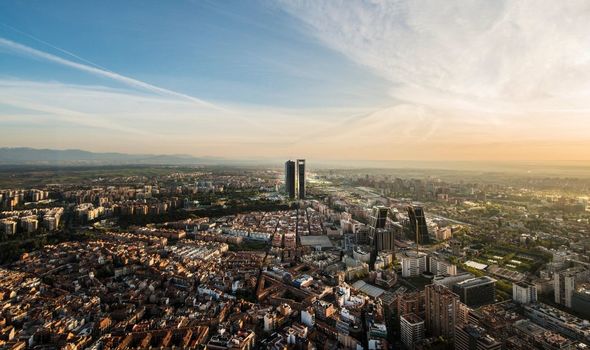 Blackfly bites tend to cause a swollen area with a red dot in the centre.

Victims have been told to apply an ice pack to an affected area but to go to hospital if there are symptoms of an allergic reaction.

The last blackfly plague struck the city in the summer of 2018 when more than 300,000 residents were treated for bites.

Experts have also warned of an increase in the number of tiger mosquitoes which give a more painful sting than its convential cousins. 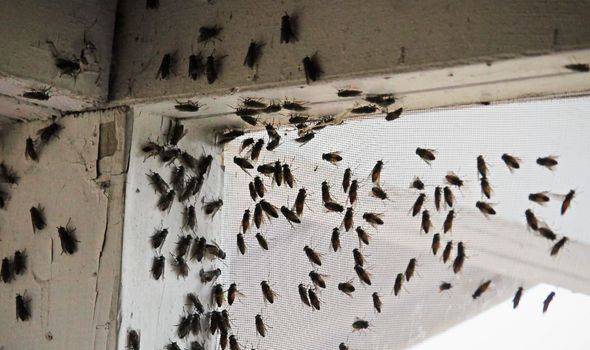 They said a lack of maintenance on second homes during the coronavirus lockdown and the profileration of inflatable paddling pools since has provided the perfect breeding ground.

Spain was one of the countries most badly affected by coronavirus and news of the blackfly plague comes as 160,000 people in Catalonia returned to confinement as authorities scrambled to control a fresh surge of infections in the area just weeks after a nationwide lockdown was lifted.

A judge finally approved the regional government’s stay-at-home order for residents of the city of Lleida and six nearby towns last nigh after several days of legal wrangling and political tensions over the issue.

Under the new rules, people may only leave their homes for essential activities like working or buying supplies, while hotels, restaurants and bars will close except for food pick-up or delivery.

Regional authorities have also encouraged the residents of three neighbourhoods in L’Hospitalet, a Barcelona suburb that is home to around 260,000, to stay home, but that’s not a mandatory confinement.

Another judge refused to rubber stamp a proposed restriction on gatherings of more than 10 people there.

After more than 28,000 deaths from the pandemic, Spain’s government ended a nationwide lockdown on June 21, considering it had dealt with the worst of the virus as the number of contagions had ground to a near halt.

But since then, more than 170 clusters have sprung up around Spain, prompting regional authorities to impose a patchwork of local restrictions, confusing locals and angering businesses.

DON’T MISS
END OF THE WORLD: Why coronavirus is only the tip of the iceberg[ANALYSIS]
Millions of ‘car rotting’ insects set to swarm to UK[SPOTLIGHT]
UK Spiders: Why incoming giant house spiders are GOOD for UK homes[FOCUS] 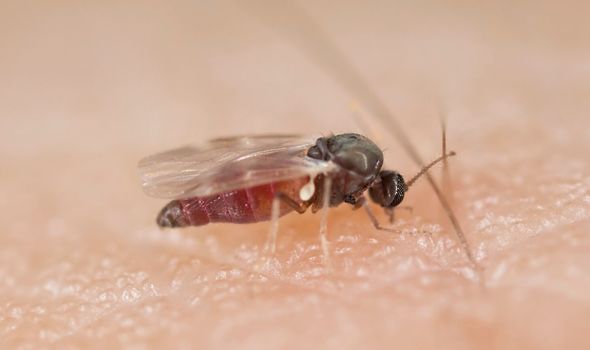 While Catalonia, which is Spain’s second-most populous region, is the first to return its citizens to home confinement, parts of Galicia have been sealed off to visitors and the Basque town of Ordizia imposed a curfew to tackle their own outbreaks.

And, following Catalonia’s lead, a string of regions introduced compulsory mask use at all times, regardless of whether social-distancing can be guaranteed.

In the southern Andalusia region, the restriction even applies to beachgoers.