According to a judicial source, leaders on trial would be found guilty of sedition and misuse of public funds. 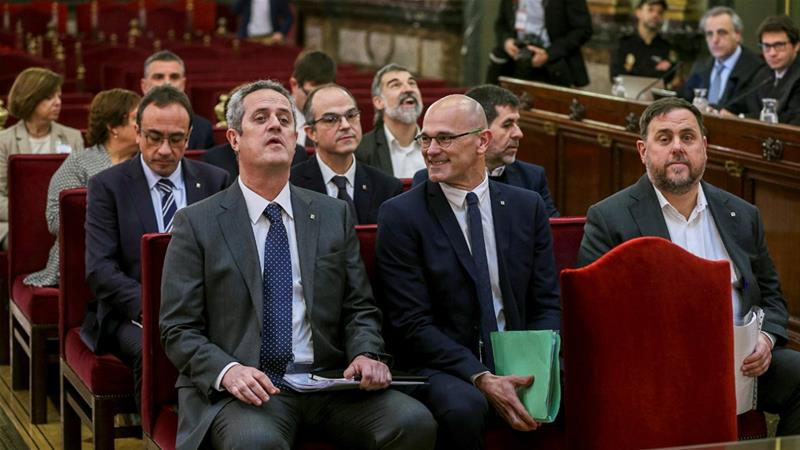 Spain’s Supreme Court plans to sentence Catalan separatist leaders to a maximum of 15 years in prison over a 2017 bid for independence, a judicial source said on the country’s Independence Day.

Some of the Catalan leaders on trial would be found guilty of charges of sedition and misuse of public funds but not of the more severe charge of rebellion, the source told Reuters news agency on Saturday.

The verdict is expected to be made public next week, most likely on Monday, the source said.

But the court plans to sentence him to 13-15 years in jail, the judicial source said.

The fate of 12 Catalan leaders for their role in the failed independence bid sparked the country’s worst political crisis in decades.

In the face of the verdict, tension was palpable with police sending in reinforcements to Catalonia where separatists pledged a mass show of civil disobedience, calling for rallies, roadblocks and a general strike.

The government is hoping the long-awaited ruling will allow it to turn the page on the crisis and resume dialogue with this wealthy northeastern region where support for independence has been gaining momentum over the past decade.

“Whatever the charges will be on Monday, it will reinflame the whole debate again, and of course brings into question: where does Catalonia go now?” she added.