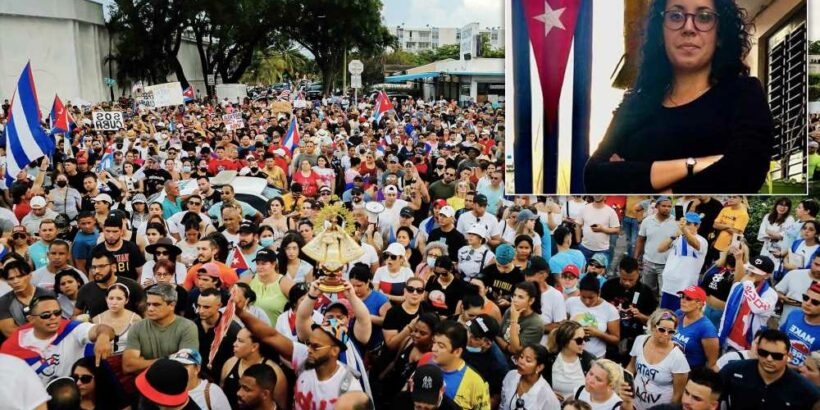 Biden voices US support for people in Cuba, Haiti

Officials in Spain demanded on Tuesday that Cuban authorities release a journalist who was jailed while covering weekend protests on the Caribbean island.

Camila Acosta, who was reporting on the civil unrest in Cuba, was detained Monday as police in the Communist country rounded up at least 100 people since thousands of protesters took to the streets of Havana and elsewhere.

“Spain defends the right to demonstrate freely and peacefully and asks the Cuban authorities to respect it,” Spanish Foreign Minister Jose Manuel Albares said in Spanish on Twitter.

“We demand the immediate release of Camila Acosta,” Albares wrote.

Acosta was reporting for the Spanish newspaper ABC — which is not affiliated with the US-based news network of the same name.

The newspaper reported Tuesday that Acosta is being charged in Cuba with “crimes against state security,” and urged the Spanish government to pressure Cuba.

Cuban government officials cracked down in the wake of Sunday’s unrest, the largest anti-government demonstration on the Communist-ruled island in decades.

Cuban President Miguel Diaz-Canel blamed the demonstrations, which were sparked by food shortages and financial hardships on the island, on the US.

Diaz-Canel said “the Cuban-American mafia” and “influencers and YouTubers” were behind the mass unrest.

Cuban Americans in Miami have also taken to the streets in support of the protests.