Spain’s new female-dominated government cabinet was sworn in on Thursday, putting the cap on one of the fastest power transitions in the country’s four decades of democratic rule.

It is comprised of 11 female ministers – overseeing key areas such as the national economy, finance and defense – and six men.

He has defined his government as feminist, progressive, pro-European and ‘a loyal reflection of the best in the society that it aspires to serve.’ 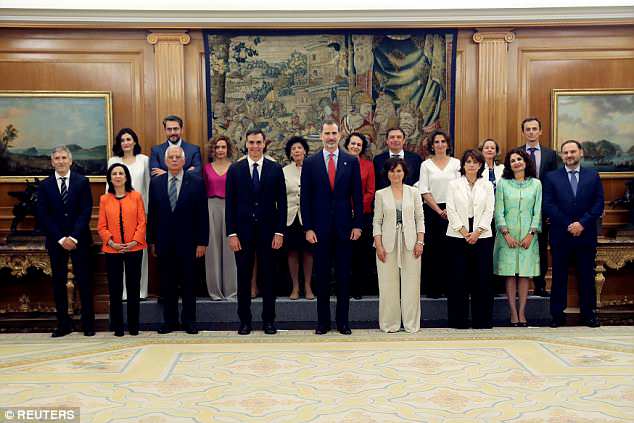 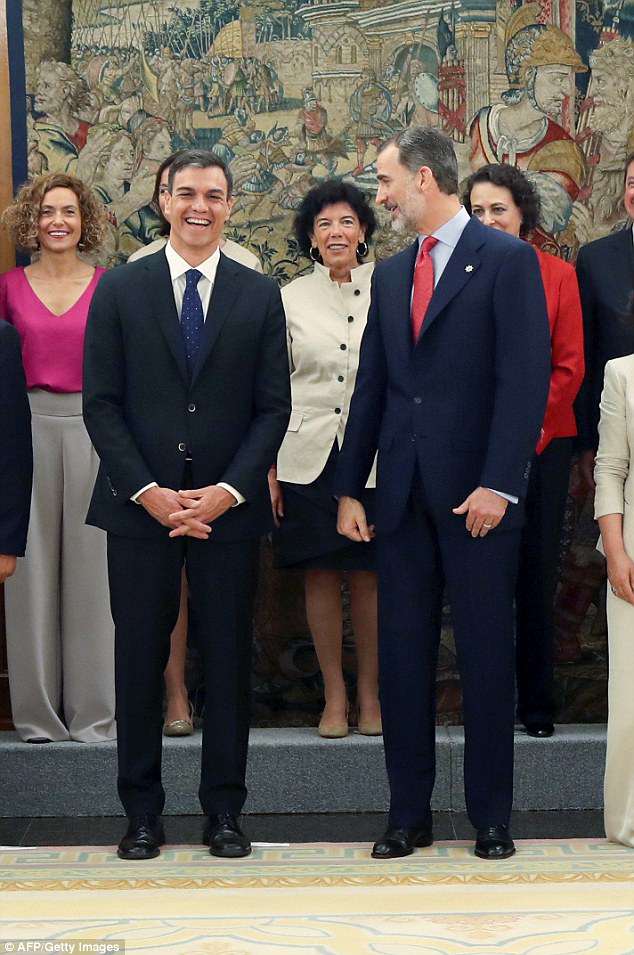 Women represented 64.7 percent of the new Cabinet, above the 62.5 percent that the Finnish government scored in 2015 according to the statistics of the Organization for Economic Cooperation and Development.

Most of the new ministers referred to the female majority in their oath-taking on Thursday before King Felipe VI.

A court ruling over a kickbacks-for-contracts scheme involving the conservative Popular Party prompted a no confidence vote against Mariano Rajoy, prime minister since 2011. 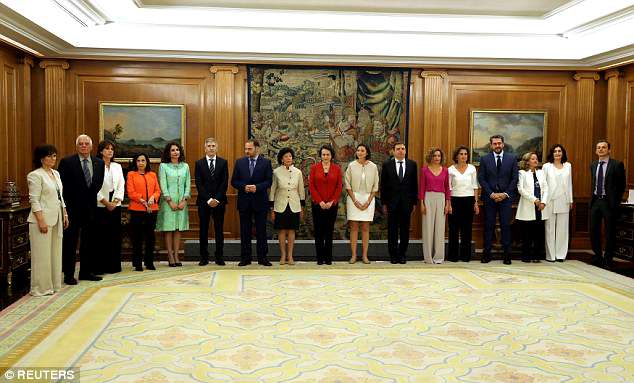 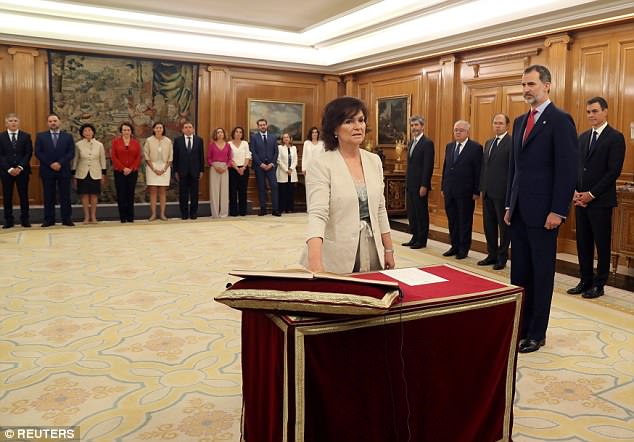 Only five women served in the last Cabinet under Rajoy.

But with just 84 seats in Spain’s 350-seat parliament, Sanchez’s administration also has the smallest representation of any government since the country returned to democracy and it is not expected to last until the end of its mandate in 2020.

Carmen Calvo, an expert in constitutional law and former culture minister, will be Sanchez’s deputy prime minister and also in charge of the resurrected Ministry of Equality. 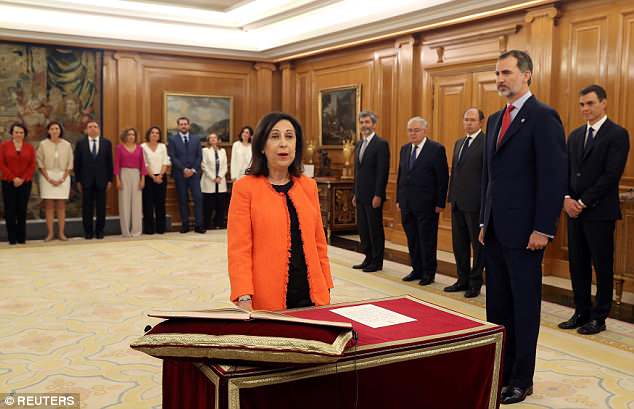 The government ‘has to work to reduce inequalities and achieve great equality, which affects men and women,’ Calvo said on Friday in a brief ceremony to take over the government’s no. 2 position from Soraya Saenz de Santamaria.

Nadia Calvino, who has been director general for the budget at the European Union’s Commission since 2014, was appointed as the minister in charge of the eurozone’s fourth largest economy. 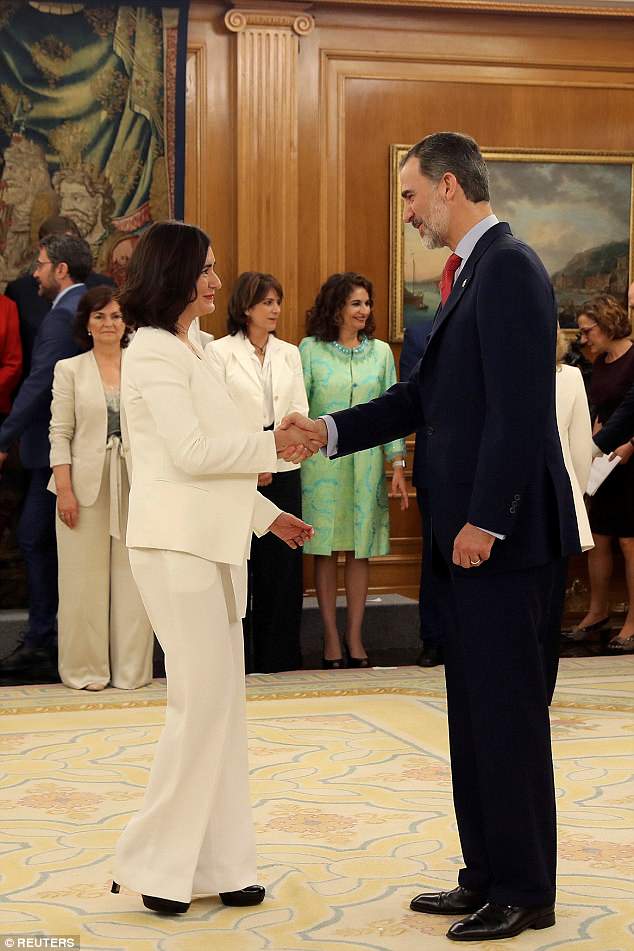 The push for Catalan independence, which haunted Rajoy during the last eight months of the outgoing government, will be one of the key challenges of the new administration.

Meritxell Batet, a Catalan lawmaker and legal expert on the country’s constitution, will be charged with dealing with Catalonia’s desire for further autonomy as the new minister of public administration.

Sanchez has promised to open talks with a new regional cabinet in the prosperous northeastern region.

But he has said that any solution must fit within Spain’s Constitution, which calls the nation ‘indivisible’ and says national sovereignty resides in the Madrid-based parliament.