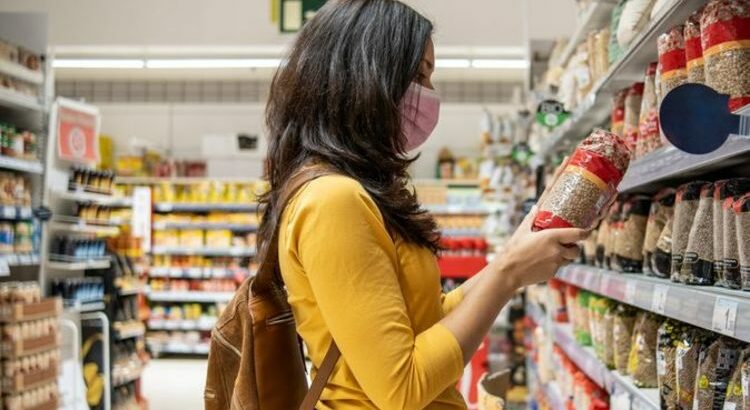 Brexit 'not to blame' for supply crisis says Andrew Bridgen

The UK finally left the EU at the end of the Brexit transition period last December and Spain has been one of the hardest hit EU nations. Figures suggest UK food and drink exports to Spain have fallen by 54 percent this year compared to 2019, costing the industry around €2 billion.

Inge Barker who runs A Taste of Home, a chain of British food stores in Spain, has raged at the additional checks involved in buying products from the UK.

Ms Barker has three shops in Barcelona, Sitges and Cubelles and has condemned the supply issues and rising costs involved.

She told The Local Spain: “We’ve definitely been feeling it, Brexit has not been good for our business.

“With the drop in exports, extra costs, and red tape, it’s a total disaster.

“I have three shops and lots of staff, at the moment, they are my main priority.”

The EU has implemented full checks on UK goods moving to the bloc since the start of January – including health certificates for certain animal products.

Checks on goods going the other direction have been continuously delayed in order to gives firms more time to adjust and will not be in place until at least July 2022.

Spain remains a popular destination for British expats and holidaymakers, which has fuelled the continued demand for UK produce.

Ms Barker said supplies of meat and dairy products from the UK have been hit hardest by the EU rules.

The A Taste of Home chief explained the new health and safety checks have also increased costs by up to £100 per shipment.

Ms Barker said: “At the moment it’s the meat and dairy which is being affected the most.

“This is because we now need to get a vet certificate for any animal products we want to import, and for this, we are forced to pay £100 on each order.”

Trade around the world has been affected by the coronavirus pandemic, as restrictions on travel, the closure of ports and changes in the labour market taking its toll.

She said: “Right now we are ok for meat because we made lots of advance orders, but I don’t know what’s going to happen.

“There is also going to be an issue with Christmas products.

“We ordered our Christmas products such as crackers and puddings back in June, but now sellers are telling us they’re out of stock already.”

She added: “If you’re wanting a traditional British Christmas fare in Spain this year, you’ll have to buy your products early.”

The Spanish retail boss acknowledged there is a wider problem of being reliant on UK firms and a lack of competition from EU suppliers.

Ms Barker added: “Most of our products are English and that’s what our customers want, so we can’t always source alternatives from Ireland.

“However, the transport is cheaper direct from Ireland, but we still have to pay import duties and VAT if we source products from there, so it doesn’t make it a lot cheaper.”
Source: Read Full Article