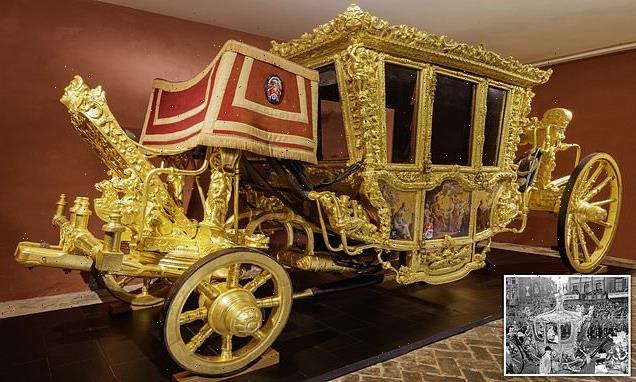 A carriage that was used more than 300 years ago to transport MPs to royal events has been named among the 343 items deemed problematic by a Parliamentary artworks review.

The Speaker’s State Coach, an ornate golden cab which was used at Queen Elizabeth II’s coronation, was said to be linked to the ancient slave trade.

It features a carving of a slave from Roman times, which was enough to have the carriage singled out for ‘depicting enslaved people’.

The cross-party Speaker’s Advisory Committee on Works of Art is now considering whether the labelling of the collection or how it is presented should be changed.

But Tories have voiced alarm at the ‘ludicrous’ project, arguing slavery could be connected to almost every element of Western society. 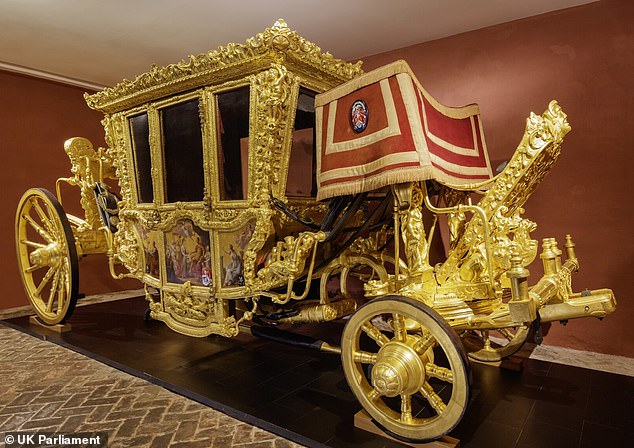 The Speaker’s State Coach is said to ‘depict enslaved people’, although the description on the UK Parliament website does not specify details of the depiction 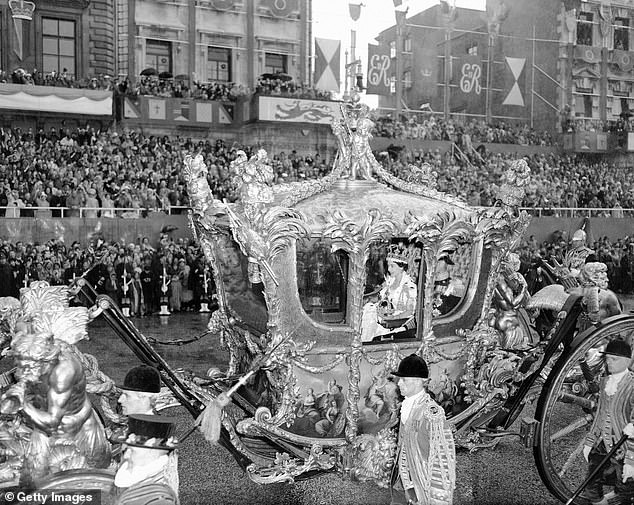 The official description of the coach on the Parliamentary collection website says it was made for William III around 1698.

It includes iconography about the 1688 Glorious Revolution that confirmed Parliament’s supremacy.

It is thought to have been gifted to the Commons Speaker by Queen Anne in the early 18th Century, and bears the coats of arms of successive holders of the post.

The coach was used for ceremonial events for centuries, with the last being the Royal wedding of Charles and Diana in 1981.

It is now on display in the National Trust Carriage Museum at Arlington Court.

The ongoing examination of the collection at Westminster has identified 68 politicians with connections to the abhorrent trade – including eminent figures such as Robert Peel, Robert Walpole, William Gladstone and Edmund Burke. 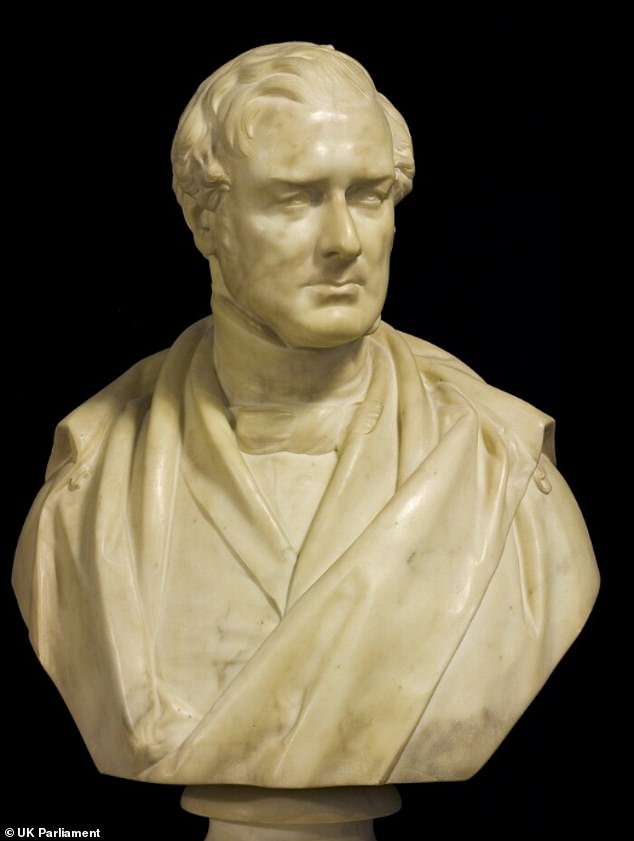 Ex-PM Robert Peel – known as the founder of the modern police service – was a noted opponent of slavery and his family were not owners. But he has been tagged because his father made money from cotton-spinning. Pictured is a bust by Matthew Noble flagged in the Parliamentary review

The Parliamentary artwork review of around 9,000 artefacts was launched in mid-2020, amid a wave of anti-racism protests worldwide that saw the toppling of a statue of merchant Edward Colston in Bristol.

The committee said at the time: ‘In response to the Black Lives Matter movement, the Parliamentary Art Collection is being reviewed to identify depictions of individuals and activities related to the British slave trade and the use of forced labour of enslaved Africans and others in British colonies and beyond.’

An initial batch of political figures and artworks with links to slavery was unveiled that September, prompting anger at ‘wokeism’.

At that stage there were 24 people and 189 items on the list linked negatively to the slave trade.

However, further updates to March last year nearly trebled the numbers named to 68, with 343 pieces covered.

By that point the reference to Black Lives Matter had been removed from the updated list. 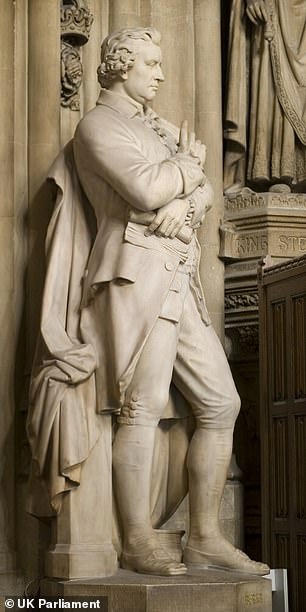 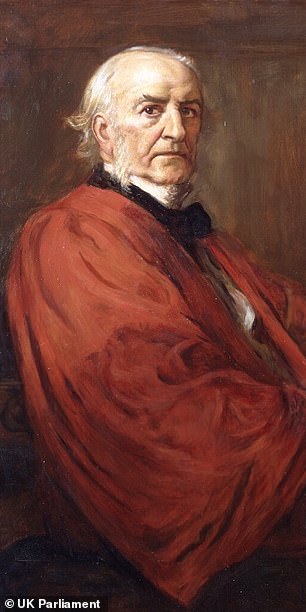 This statue of Edmund Burke, an MP and renowned political thinker, has been included in the list. Burke was a critic of slavery, but his younger brother apparently speculated on Caribbean plantations

Instead it said: ‘In common with the approach being taken by a number of museums, art galleries and other large collections, the intention is to consider the current approach to managing the Collection and how to broaden its diversity and inclusion.’

A spokesman for the Speaker’s Advisory Committee on Works of Art said: ‘The documents that have been published as part of the Committee’s review have been developed through rigorous academic research.

‘On the long-term siting of Parliament’s works of art, there are no plans to remove specific artworks from display. This list of artworks is not comprehensive and is updated biannually as research becomes available.’

On whether art would be relocated or labelled differently, the spokesman said: ‘Parliament is exploring ways in which it can develop enhanced standards and frameworks for the management of its Collections.

‘This includes how items in the Collections are explained to visitors, staff and Members.

‘Work is at an early stage, and Parliament will be engaging with Members, staff and visitors – as well as a range of external partners – to ensure a diverse range of views are heard throughout the development process.’