One of Spitting Image’s famous Margaret Thatcher puppets has been donated to Cambridge University.

It is part of a collection from the satirical TV series owned by its co-creator, Roger Law, that he’s giving to the university archive.

Other items, filling three shipping containers, include puppet moulds and sketches and scripts from all 18 series from 1984 to 1996.

Law said the Thatcher puppet was one of three, adding: ‘Children see that and think it’s Theresa May.’ 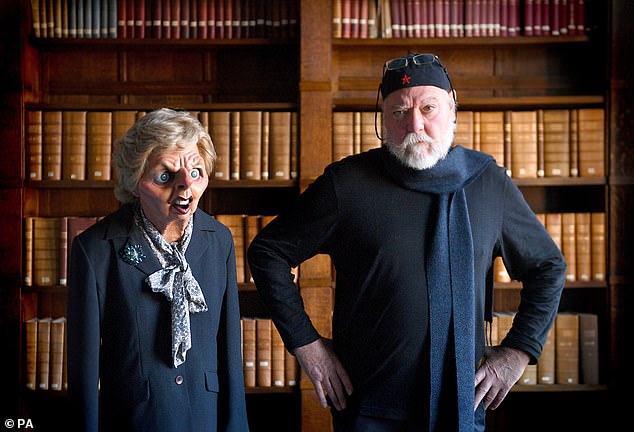 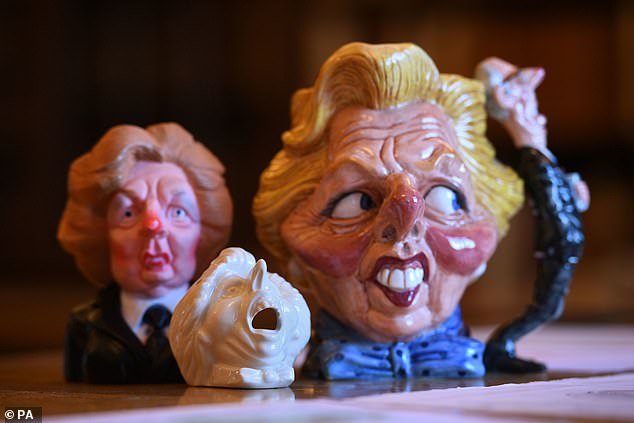 Spitting Image memorabilia as part of the donation to Cambridge, which includes a Margret Thatcher mug and toilet brush holder

In its best-remembered sketch, Mrs Thatcher orders steak in a restaurant with the cabinet.

When asked by the waiter about vegetables, she replies that they, too, will have steak.

Cambridge University librarian Dr Jessica Gardner said it had been ‘an easy decision’ to welcome the collection.’