Parliament debating no-confidence motion against Prime Minister Ranil Wickremesinghe, who is likely to survive the vote. 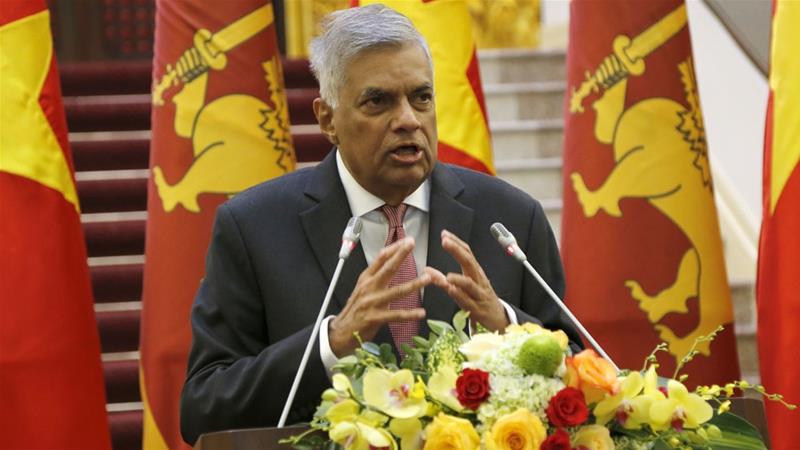 The no-confidence motion was initiated by the Joint Opposition group in the parliament led by former President Mahinda Rajapaksa.

However, only 55 opposition MPs, including four members from the ruling SLFP signed the document that was handed over to the speaker seeking the no-confidence vote. Interestingly, Rajapaksa did not sign the document.

The United National Front for Good Governance (UNFGG) led by Wickremesinghe’s United National Party (UNP) has 107 MPs in the 225-member parliament. The UNP, with 81 MPs, relies heavily on the support of allies from the UNFGG to survive the vote.

Wickremesinghe needs the support of 113 MPs to survive the no-confidence motion.

Last night, many parties that form the UNFGG pledged their support to Wickremesinghe. These include the Sri Lanka Muslim Congress (seven MPs), All Ceylon Makkal Congress (five MPs) and the Tamil Progressive Alliance (three MPs).

The UNP seems to be cautiously optimistic that it will be able to stave off the challenge posed by the no-confidence motion.

“This no-confidence motion is only the first step of a political conspiracy, however, due to the good fortune of the nation and the misfortune of the Rajapaksas it will be defeated today,” said Finance Minister Mangala Samaraweera from the UNP while speaking during the no-confidence debate.

However, much depends on the way that the main Tamil party in parliament – the Tamil National Alliance (TNA) will vote. The TNA has 16 MPs in the parliamentary opposition and has the numbers to swing this vote.

With reports of President Maithripala Sirisena’s Sri Lanka Freedom Party (SLFP) deciding to abstain from the voting, the PM may scrape through the vote.

Unless there are dissenting votes within the UNP ranks, together with support from the TNA the prime minister is expected to sail through the no-confidence motion against him.

UNP parliamentarian and deputy minister of National Planning and Economic Affairs, Dr Harsha de Silva told reporters on Tuesday that members of the UNP “will not under any circumstances support this no-confidence motion. We will defeat this motion and undertake radical structural reforms within the UNP hitherto unwitnessed and prepare the party to face future elections.”

Even if he manages to win the vote, Prime Minister Wickremesinghe has his task cut out. He needs to win the confidence of the UNP rank-and-file. And secondly, he has to heal the cracks in the coalition in the wake of the poor showing in the recent local government elections.

His position has been weakened by the rift at the highest levels of the current ruling coalition between the UNP and the SLFP, which fought the local elections separately, in which they were trounced by the Rajapaksa backed opposition parties.

Following the poll debacle President Sirisena stripped Wickremesinghe, who is also the Minister of Policy Planning & Economic Development, of two key financial institutions from his command including the Central Bank and repatriated the authority of these institutions back to the finance ministry.

Wickremesinghe has been the leader of the UNP for 24 years and is the longest serving leader in the history of the centre-right party. Under him, the UNP has lost series of elections over the past two decades.

Owing to his unpopularity in rural electorates, dominated by Rajapaksa, Wickremesinghe did not contest the 2010 and 2014 presidential elections, choosing to back a common candidate instead.

Experts say that the constitution has no provision for a no-confidence motion against the prime minister but if he loses the vote, his position becomes politically and ethically untenable.

“Only a no-confidence motion on the government as a whole and not just the prime minister will have outcomes that are constitutionally binding.”