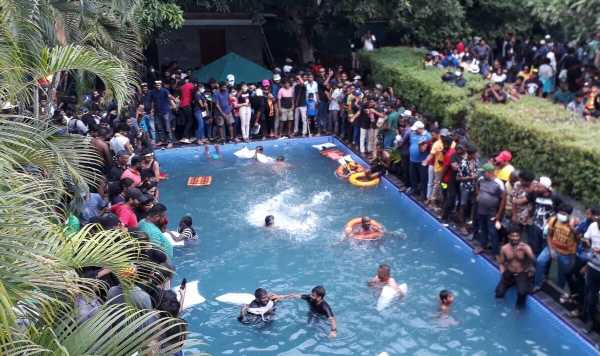 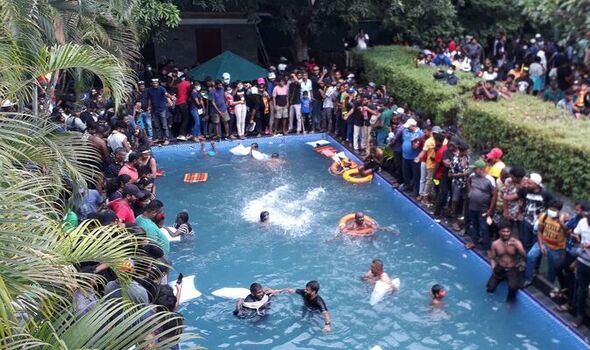 Thousands stormed the state offices of president Gotabaya Rajapaksa while a home belonging to PM Ranil Wickremesinghe was torched on Saturday.

The pair have pledged to quit after weeks of violent protests as Sri Lankans endure the worst financial crisis for 70 years.

But demonstrators are sceptical their leaders will follow though and say the occupation will not end until both officially resign.

Playwright and protest coordinator Ruwanthie de Chickera said: “The president has to resign, the prime minister has to resign and the government has to go.” 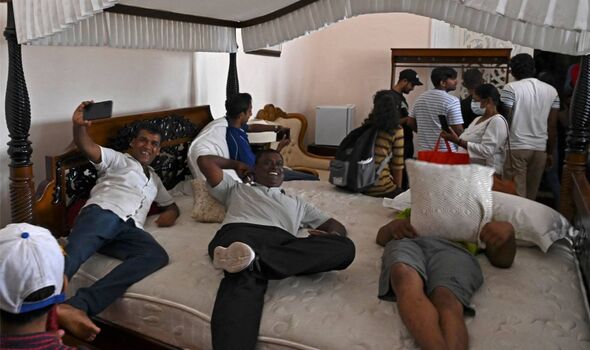 President Rajapaksa’s office said he will step down on Wednesday. The PM is said to have agreed to quit.

The government has been blamed for poor handling of the country’s finances, leaving millions struggling to buy food, medicine and fuel as their leaders live in luxury.

Protester BM Chandrawathi, 61, said of the palace: “I’ve never seen a place like this in my life. They enjoyed super luxury while we suffered. We were hoodwinked.”