COLOMBO (Reuters) – Sri Lanka’s deposed Prime Minister Ranil Wickremesinghe said the United States and Japan had frozen more than a billion dollars of development aid after his abrupt dismissal raised doubts about the future of democracy in the island. 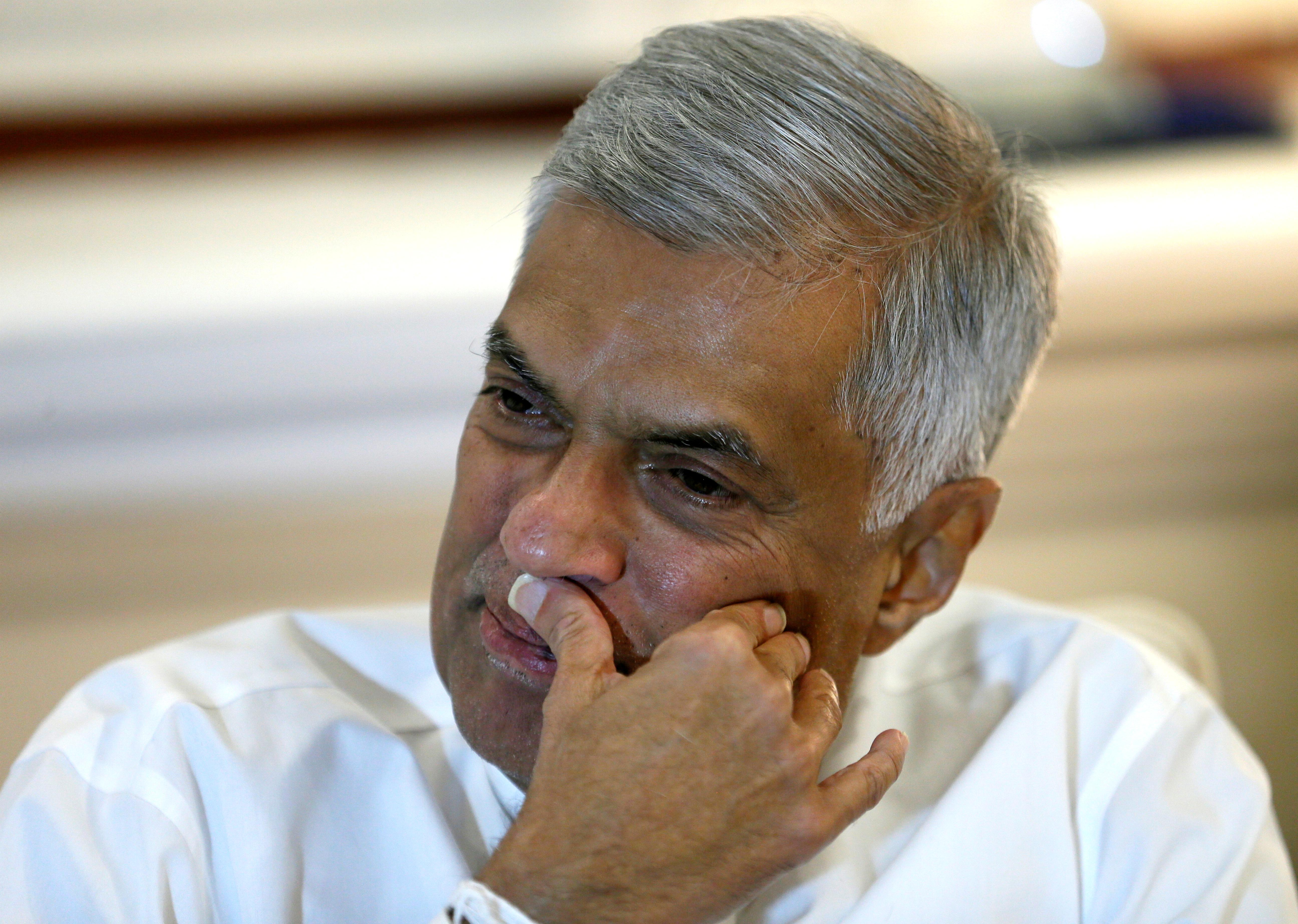 The move to hold back project financing, along with the EU’s warning it could withdraw duty-free concessions for Sri Lankan exports if it didn’t stick to commitments on national reconciliation, will further strain the economy, Wickremesinghe told Reuters in an interview.

President Maithripala Sirisena fired him last month after months of tensions within the government and appointed Mahinda Rajapaksa as premier in a shock move that has plunged the nation into a political crisis.

Rajapaksa is a former president who led the country to a military defeat of Tamil separatist guerrillas in 2009 but who has since faced widespread allegations of human rights abuse and targeting of Tamil civilians.

Wickremesinghe, who has challenged his dismissal and vowed to remain prime minister until parliament voted him out, said there were international concerns about a government led by Rajapaksa.

“Countries are sensitive, they have concerns (about a government led by Rajapaksa) democratic countries have concerns,” he said in the interview conducted in the prime minister’s official residence in a colonial-era bungalow where Wickremesinghe is camping along with his supporters.

The United States has held off on a nearly $500 million aid program for building of highways and improving land administration by the government-funded Millennium Challenge Corporation (MCC), Wickremesinghe said.

Japan had also put on hold plans to extend a soft loan of $1.4 billion for a light railway project, he said. “A lot of projects are held up, the Millennium Challenge, the Japanese loan,” he said.

The Sri Lankan embassy in Washington has been informally told by the MCC that around $480 million will be on hold because of the latest situation in the country, a Sri Lankan foreign ministry official separately confirmed to Reuters.

An official at the Sri Lankan ministry of Megapolis and Western Development also confirmed the freeze to Reuters on the Japanese loan, imperiling the project.

An official at the Japan International Cooperation Agency said the agency was closely monitoring political developments and the railway project loan had been withheld.

The U.S. embassy in Colombo had no immediate comment when asked if Washington is taking any measures due to the Sri Lankan political crisis.

The United States and the EU have urged the president to immediately summon parliament and let deputies decide who is to lead the country. Sirisena suspended parliament until Nov. 16 and has made no public statement on his plans.

While Wickremesinghe is staying on in the premier’s residence called Temple Trees, Rajapaksa has taken over the offices of the prime minister following his swearing in.

Wickremesinghe said his party will step up a public campaign for parliament to be called and he be allowed to prove his majority. “We are all contemplating alternative actions, this includes a big mobilization of people. Ultimately this has to be decided in parliament.”

Soon after taking over Rajapaksa said he wanted to end the “politics of hate” in the country and that his government will work for justice for all citizens.