An official notification signed by Sirisena announced the dissolution of Parliament. The names of candidates will be called before November 26, and the election held on January 5. The new Parliament is to be convened on January 17, the notification said. 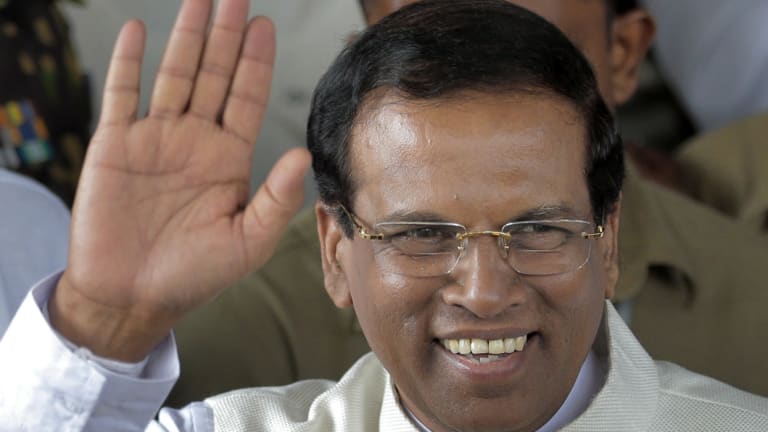 Sri Lanka has been in a political crisis since late last month, when Sirisena sacked his prime minister, Ranil Wickremesinghe, and replaced him with former strongman Mahinda Rajapaksa.

Wickremesinghe has insisted his dismissal is unconstitutional. He has refused to vacate his official residence and demanded that Parliament be summoned immediately to prove he had support among its members.

Tensions had been building between Sirisena and Wickremesinghe for some time, as the president did not approve of economic reforms introduced by the prime minister. Sirisena has also accused Wickremesinghe and another Cabinet member of plotting to assassinate him, a charge Wickremesinghe repeatedly denied.

Amid the pressure, Sirisena announced the legislature would be summoned on November 14. He maintained his choice for prime minister, Mahinda Rajapaksa, had a majority in Parliament. However, the decision to dissolve the house shows otherwise, observers say.

"The dissolution clearly indicates that Mr. Sirisena has grossly misjudged and miscalculated the support that he might or could secure to demonstrate support in the Parliament," said Bharath Gopalaswamy, director at New Delhi-based analyst group Atlantic Council's South Asia Center.

"At the end of the day, he is a victim of his own homegrown crisis."

Wickremesinghe's camp is likely to contest Sirisena's move because of constitutional provisions stating a Parliament can't be dissolved until four years after its election. The current Parliament was elected in August 2015. 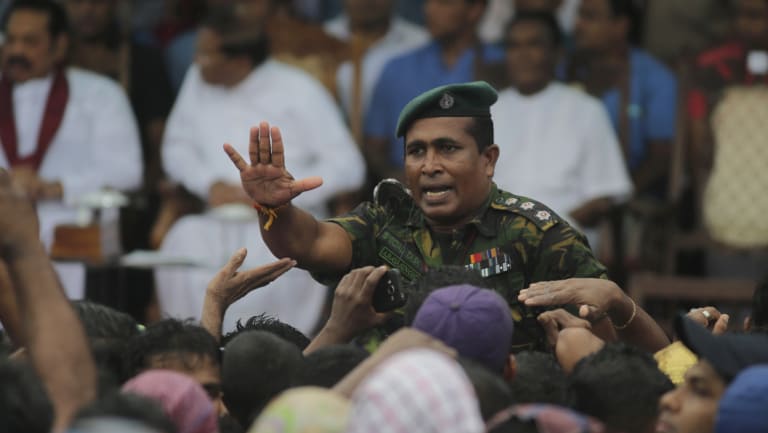 "It's totally unconstitutional," said Harsha de Silva, a member of Wickremesinghe's United National Party and a former minister. "Sirisena has relegated the constitution to toilet paper. We will fight this dictator to the end."

The party said in a Twitter message that it will meet the elections commissioner to discuss the constitutionality of Sirisena's move.

The US State Department tweeted that it is deeply concerned by news the Sri Lanka Parliament will be dissolved, "further deepening the political crisis."

"As a committed partner of Sri Lanka, we believe democratic institutions and processes need to be respected to ensure stability and prosperity," the statement said.

Earlier, US Representative Eliot Engel, the top-ranking Democrat on the House Foreign Affairs Committee, and two other lawmakers wrote to Sirisena warning that actions circumventing the democratic process could impact on US assistance – including a planned five-year aid package from the Millennium Challenge Corporation worth hundreds of millions of dollars.

"We fear that recent actions, if not corrected, will threaten your country's democratic development and derail the progress made in recent years," the three lawmakers said in a letter, a copy of which was obtained by The Associated Press.

Rajapaksa indicated what was coming hours before the dissolution in a speech. He said the government must go to the people for confirmation on whether the president made the correct decision when he appointed him as prime minister.

Sirisena had been critical of investigations into military personnel accused of human rights violations during Sri Lanka's long civil war against a Tamil separatist group, which ended in 2009.

Sirisena had suspended Parliament for two weeks in a move Wickremesinghe's backers said was designed to buy time to shore up support. There were calls both locally and internationally to convene Parliament to end the impasse.