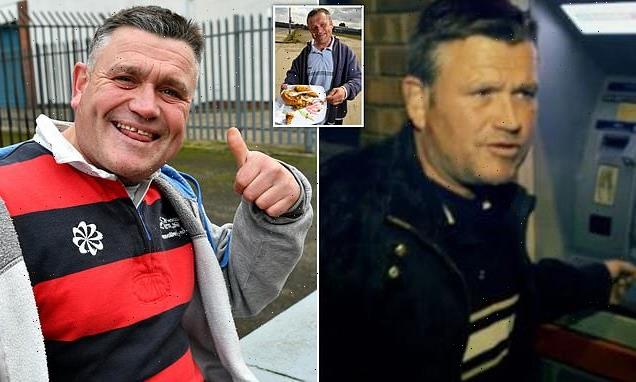 Star of Channel 4 documentary Skint who was sleeping rough was found dead in shed aged 45 after taking drugs, inquest hears

A star of Channel 4 documentary Skint was found dead in a shed after seeking shelter, an inquest has heard.

Richard Finn, who was known as ‘Little Richard’ or ‘Finny’, died in a local resident’s shed on on Marlborough Close in Grimsby’s East Marsh, North East Lincolnshire in September 2020.

The 45-year-old reportedly had no fixed address at the time and was thought to be sleeping rough in the shed.

An inquest was opened at Cleethorpes Town Hall by assistant coroner for North East Lincolnshire Marianne Johnson on Wednesday, with a full inquest to be held at a later date.

An initial post-mortem examination revealed a combination of drugs caused Mr Finn’s death. Further toxicological analysis of the drugs will be revealed at the next hearing. 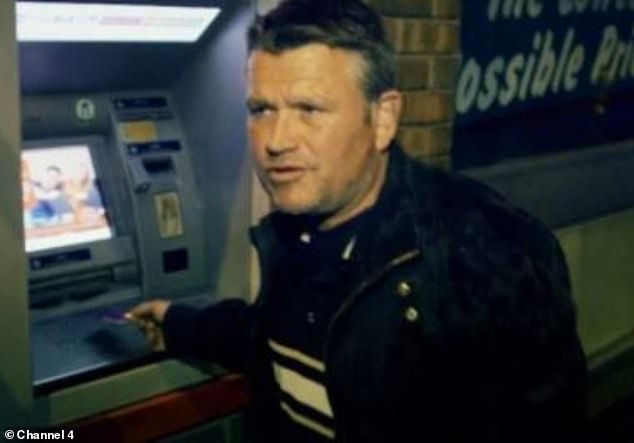 Richard Finn, who was known as ‘Little Richard’ or ‘Finny’, died in a local resident’s shed on on Marlborough Close in Grimsby’s East Marsh, North East Lincolnshire in September 2020 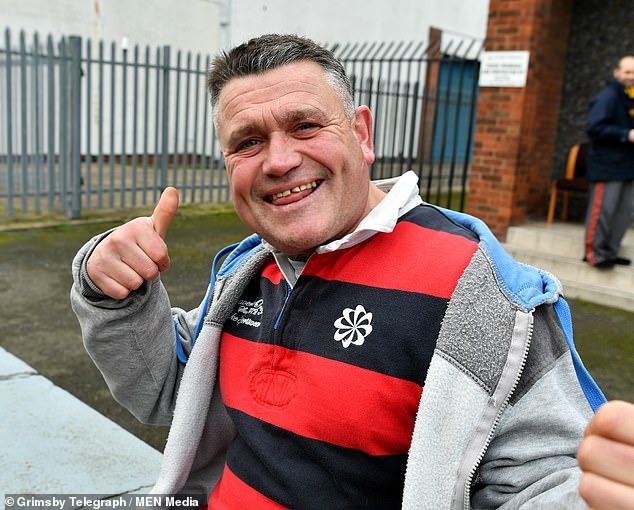 Mr Finn featured the Channel Four series Skint in Grimsby and became one of the popular stars of the series, turning the spotlight on the plight of some poor people in Grimsby.

He had many friends and was often seen chatting on the streets to the many people who knew him.

Mr Finn has been described as funny, polite, and unforgettable, often putting a smile on the faces of those who came across him.

Following the tragic discovery, tributes poured in from the Skint star’s family and friends. 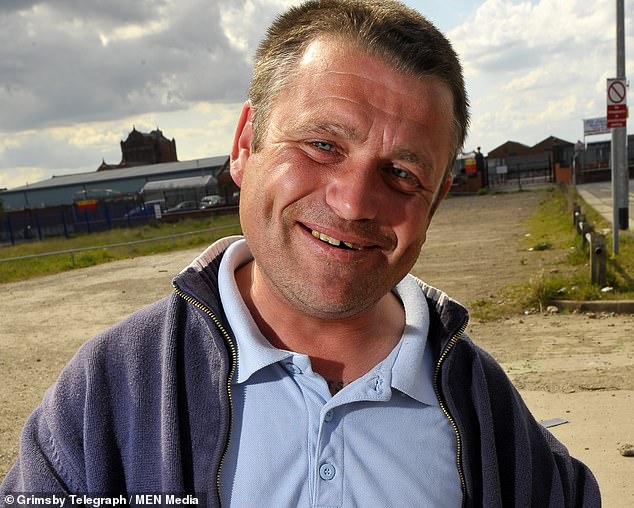 Mr Finn featured the Channel Four series Skint in Grimsby and became one of the popular stars of the series, turning the spotlight on the plight of some poor people in Grimsby

The town character was well-known in the West Marsh area where he lived but spent a lot of his time with friends on the East Marsh and along Freeman Street, where he was known in most of the bars.

Among the other characters were some of Mr Finn’s old friends living in the fishermen’s cottages in The Square on Weelsby Street.

Following his death cousin, Sammi-Jo Finn said: ‘Though it’s a shame Richard chose the path he did, he always had great spirit and a contagious character despite his demons. Everyone loved him.

‘He had a heart of gold. He would do anything for anyone. Even for a pound haha. He made everyone smile with that cheeky face! My family and I will forever miss him. RIP.’

Another relative told the Grimsby Live: ‘He was always cheerful and smiling and he was respectful.

‘Everyone loved him. Every time I saw him I used to give him a cigarette and we would chat. Everyone is very sad about what has happened.’

Its second series was set in East Marsh in Grimsby, one of Britain’s most deprived areas and once the biggest fishing port in the world.

But since the collapse of the industry, the area has been plunged into unemployment, and the documentary claimed to follow the lives of fishermen out of work after a lifetime at sea, and people doing ‘whatever they can to make ends meet’.

Among its cast of characters included a jobless drug-addicted couple who were shown shoplifting and trying to sell their furniture after they discovered their benefits would not be paid because they missed an appointment at the Job Centre. 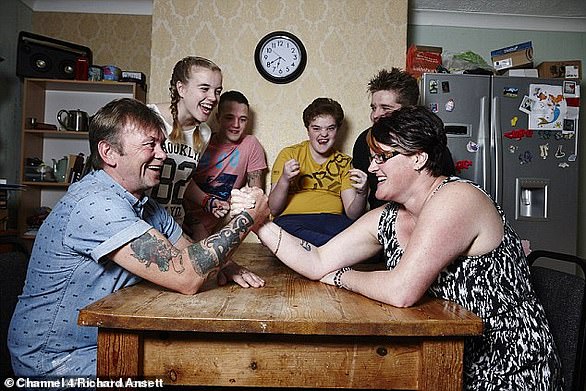 Channel 4’s documentary series Skint aired in the UK from May 2013 to April 2015. It also followed the story of former trawlerman Jeff, his partner Becky and their family 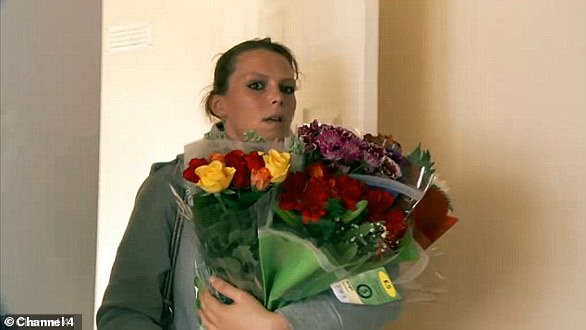 Channel 4 was accused of glorifying ‘shoplifters and drug addicts’ in its controversial series Skint. One episode saw one contributor stealing flowers for a funeral to order

Another woman, called Kayleigh, claimed to have witnessed domestic violence as a child and worked as a prostitute.

The show attracted criticism, with MPs accusing Channel 4 of ‘poverty tourism’ and ‘concentrating hatred on the least well-educated’ and the ‘most deprived’.

But Reverend John Ellis, who featured in the series and ran the Shalom youth project on the East Marsh estate in Grimsby, defended the documentary.

‘We were very happy with the programme and the way we were portrayed in it. We looked at it very carefully before we decided to take part,’ he told Christian Today. 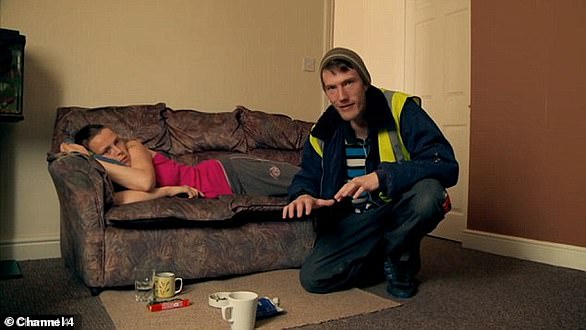 Meanwhile, her boyfriend Will was shown donning a high-vis jacket and daubing himself with paint in order to convince shop staff he had just finished work, before heading off out, apprently to shoplift 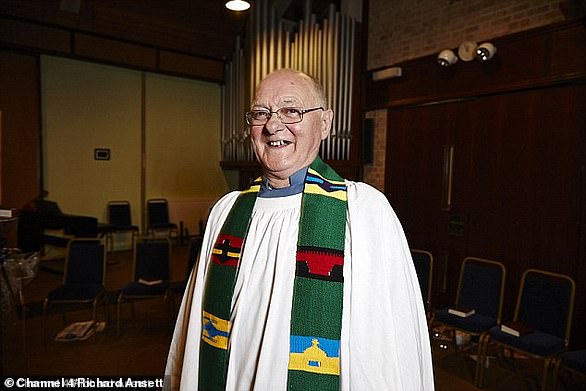 It also features Rev John Ellis, who has run the Shalom youth project on the East Marsh estate in Grimsby since 1972, and has defended the documentary

‘We have 45 per cent child poverty, 30 per cent pensioner poverty and 44 per cent lone families. It’s appalling the way these people have been treated – there are more and more burdens on the community and they are reaching breaking point,’ he added.

Channel 4 insisted the programme highlights the reality of deprivation for many people in the UK, and gives a voice to those suffering the impact of long-term unemployment.

A Channel 4 spokesman said: ‘In the last half century, Grimsby has faced the almost complete loss of its fishing industry on which the town depended.

‘Nowhere has this loss been more harshly felt than in parts of the East Marsh. This sympathetic observational documentary, filmed over a year, allows individuals and families to tell their stories about living in one of Britain’s most deprived areas and suffering the devastating effect of deindustrialisation.’