London: Stephen Hawking's former nurse has been suspended and is facing a misconduct allegation over her care of the renowned physicist.

Britain's Nursing and Midwifery Council (NMC) handed 61-year-old Patricia Dowdy, who worked for the scientist for 15 years, an interim suspension in March 2016.

A hearing into her professional conduct, which is expected to last until March 21 after beginning in February, has since been held behind closed doors. 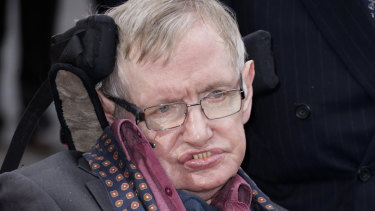 The director of fitness to practise at the nursing watchdog, Matthew McClelland, said the legislation and guidance of the NMC is "very clear that hearings will usually take place in public".

But he said that "in some cases, including this particular case, there are reasons why this may not always happen".

He said this could be "due to the health of those involved in the case, or that the allegations are related to a health condition of the nurse or midwife".

"Public interest is always considered but the panel must always put the individual needs of all those involved, including families, patients, nurses, midwives and nursing associates, first," he added.

The Mail on Sunday, which broke the story, said Mrs Dowdy declined to comment, but revealed that it has all been "very upsetting" for her.

According to the newspaper, the family of Professor Hawking lodged a complaint which prompted the investigation into Mrs Dowdy.

Professor Hawking died in March last year at the age of 76 having become one of the most renowned scientists in his field, despite his decades-long affliction with motor neurone disease.

One of the world's finest scientific minds, he was diagnosed with a rare form of the disease in 1964 at the age of 22 and was given just a few years to live.

The father-of-three eventually became confined to a wheelchair and dependent on a computerised voice system for communication.

He continued to travel the world giving lectures and writing scientific papers about the basic laws that govern the universe.

Professor Hawking explained the Big Bang and black holes in his best-selling book A Brief History Of Time – which has sold more than 10 million copies.